The government’s 2021 budget bill would “extremely seriously” impact not only local governments but local communities, too, Budapest Mayor Gergely Karácsony said on Tuesday, adding that the budget was “against the interests of the nation”.

Karácsony said the government was using the coronavirus crisis “to destroy the local government sector”, which he suggested was the only remaining “counterbalance” to centralised powers.

Referring to provisions in the draft, Karácsony said that stripping municipalities of their 50-percent share in the centrally collected vehicle tax and increasing the municipalities’ solidarity tax would have a “dramatic” impact on local communities.

Concerning the latter tax, Karácsony said Budapest currently pays an annual 10 billion forints to the central budget, which could grow nearly four-fold in future. On the other hand, Karácsony said, Budapest’s public transport revenues have dwindled, and the same could happen to local business tax revenues, the city’s primary revenue source.

Karácsony said he was aware the central budget was also impacted by the current recession, but added that “we still think that this was a deliberate political decision aimed at creating a difficult situation for municipalities, which cannot be explained by the country’s financial situation”.

The budget bill is “not only anti-democratic but it will make eliminating the social and economic crisis much more difficult, too”, Karácsony said, adding that he would do everything to thwart the draft in its current form.

Karácsony also called the bill “a draft of treachery” and cited Prime Minister Viktor Orbán as saying on “innumerable occasions” that the government would not take measures that the Budapest council found unsatisfactory.

Gov’t: Budapest ‘one of the most well-off local councils’

Commenting on Karácsony’s criticism, finance ministry state secretary Péter Benő Banai told pro-Fidesz news channel HírTV that the Budapest municipal council, being “one of the most well-off local councils”, had a duty to contribute to the budget’s expenditures.

The state secretary suggested that Budapest could afford to pay higher “solidarity contributions”, arguing that the municipal council had taken in close to 164 billion forints (EUR 468.5m) in corporate tax revenues last year.

Banai said Karácsony had failed to mention that the capital was only obliged to contribute 85 percent of what it would be required to pay based on its tax capacity. Neither did the mayor mention that next year local councils will receive an additional 7 billion forints in public funding for carrying out compulsory local government tasks, Banai added. 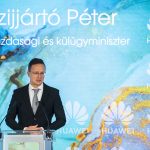