Budapest To Host Another FINA World Championships In 2024 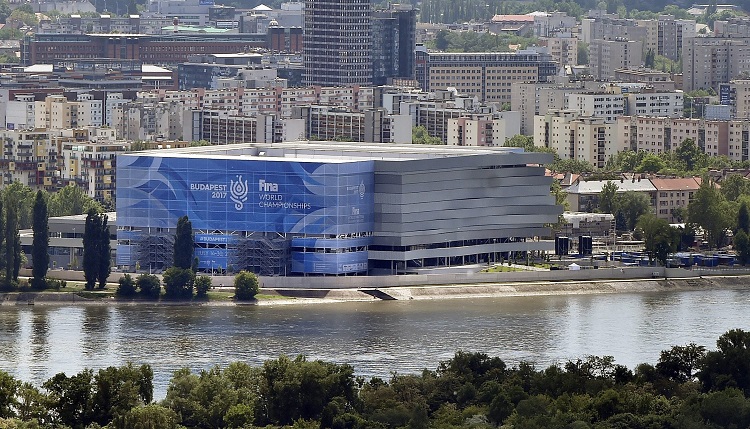 Budapest, the host city of the ongoing 17th World Aquatics Championships, has been selected to host the 2024 short course swimming world championships.

Human Resources Minister Zoltán Balog highlighted the return on the government and Budapest’s investment in the Duna Arena, a new facility hosting the sporting events, saying that the swimming complex had not been completed for a single occasion.  National Development Minister Miklós Seszták, the head of the organizing committee, voiced confidence concerning the success of the 2024 event, and insisted that Budapest had “both the infrastructure and the experience” required to manage a major international sporting event.

Gusztáv Bienerth, head of the Hungarian Swimming Federation, said that “this is an achievement for Hungary, for the Hungarian people, those who bore the burdens of the preparations for the world championships” now under way. “We have used the opportunity that leaders of the swimming world are together and that there is a momentum,” he added. Tamás Gyarfás, the Hungarian vice president of FINA, who suggested earlier that he would resign if the organisation did not choose Budapest as the site for the 2024 event, said, “I’m staying”.