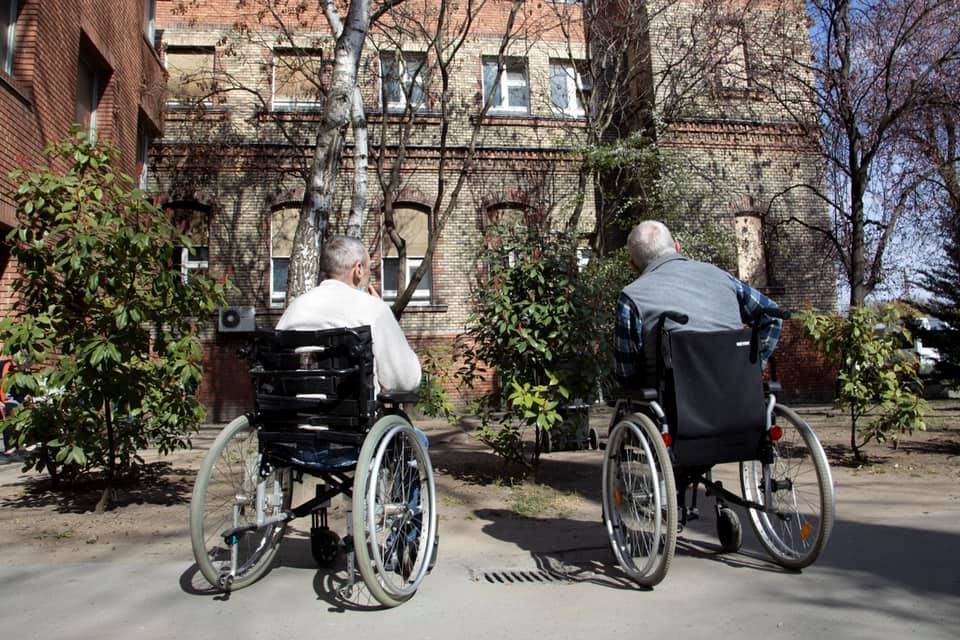 In the midst of the pandemic, the Budapest City Council is apparently forced to evacuate a homeless hospital after a government body terminated the rental contract and plans to hand over the building to the National Medicines and Food Health Institute (OGYÉI). Amid a suspicious deal, the Budapest mayor, however, promised not to give up the building.

At the moment, the Szabolcs street hospital has some 66 patients needing intensive care, while it also hosts a GP practice-linked convalescent home and a temporary shelter with 150 beds. The building itself has around 173 rooms.

Apart from Orbán-critic pastor Gábor Iványi‘s Oltalom center (that also enjoys the authorities’ special attention) in the 8th district, this is the only medical center in the capital specialized for homeless people’s care while there are only a handful of other additional institutes that those living on the streets can go to.

A blame game between the City Council and MNV

Just as the news was made public, it immediately caused an uproar. Budapest mayor Karácsony labeled it as “insane, inhumane” policy-making.

The National Asset Management (MNV), however, blames the Budapest City Council’s inaction and ignorance about the case. MNV explains that it had made their plans clear to the Budapest leadership some nine months before the expiration date. The Budapest leadership, however, refused to do anything about the matter. MNV also said that with the pandemic in mind, they later additionally offered a short-term extension, to which Budapest failed to react.

Gergely Karácsony, on the other hand, argues that he previously tried to discuss the situation with three ministers of the government, pointing out that although the capital opts to stay, it would agree to the departure if the government appoints an alternative site. He says the capital has no other available building for the purpose, and in reference to a letter received from the Minister without portfolio in charge, who has control over MNV, he claimed that they had been expecting a replacement property.

Other than evicting a homeless hospital in the middle of a pandemic, the case has another aspect after it was suggested that a property dealing dating back to 2018 and linked to ruling Fidesz circles, might have played a part.

The aforementioned (would-be) owner of the Szabolcs Street complex OGYÉI would leave a building they occupied downtown (just behind the luxurious Four Seasons hotel), that had been previously bought at a rather beneficial price by persons linked to unofficial but influential PM advisor Árpád Habony. Although a condition of the auction was that the winner would have to rent the building for OGYÉI for an indefinite duration for free, these latest happenings lead many to think that the buyers at the time could have ‘somehow seen into the future.’

Karácsony: ‘We won’t give up the building’

Anyhow, the Budapest City Council wouldn’t just give up the hospital, and Gergely Karácsony didn’t dial down his combative tone either. After holding talks with the hospital’s staff on Monday, he announced their decision not to give up the hospital where “excellent professional work (…) has greatly contributed to the fact that the homeless care in Budapest has been excellent in the epidemic, even by international standards. “We will not give up the building (…) until the government provides another suitable building to continue the work!,” he wrote on Facebook.

Meanwhile, 19 charity organizations asked the government to ensure the operation of the Szabolcs Street center. In their open letter, they wrote that the institution has played a key role in caring for the homeless while the move would undermine their mitigating efforts to reduce homelessness in public areas, increase pressure on inpatient hospital care, and increase the risks to which the homeless are exposed.

Still, as things now stand, the hospital will have to be made empty by May 1st, with inpatients sent to the capital’s various hospitals.