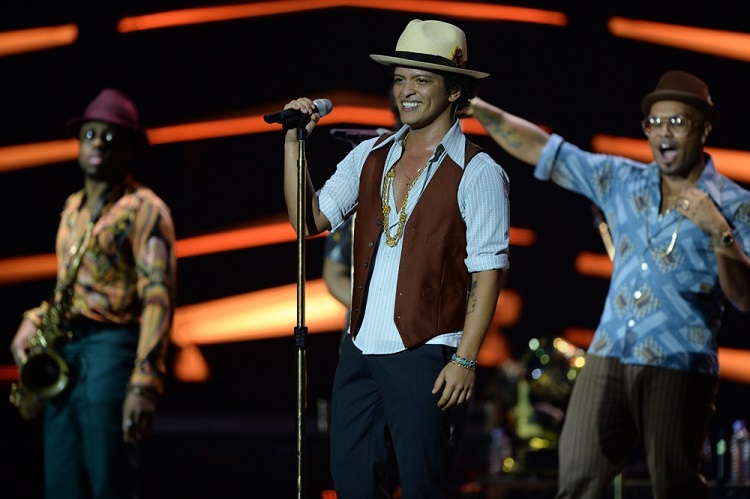 Bruno Mars, the four-time Grammy Award-winning American pop star, will perform in Budapest on May 30th, 2017. The concert will take place as part of Mars’ upcoming 24K Magic World Tour, which takes its name from the artist’s recently-released album of the same name. The tour, which begins on March 28th in Antwerp, will travel throughout Europe and North America, with the final performance scheduled to occur in San Juan, Puerto Rico, on November 29, 2017.

Mars’ last concert in the Hungarian capital took place in 2013, as part of the artist’s extremely successful Moonshine Jungle World Tour; tickets for the Budapest show sold out months in advance, and are expected to sell out this time as well. Tickets for the May concert, which will be held in Budapest’s Papp Lászlo Sport Arena, will be available beginning on this coming Friday, November 25th, at 10am CEST.