Spanish Diplomat Who Saved over 5,000 Jews Commemorated in Budapest 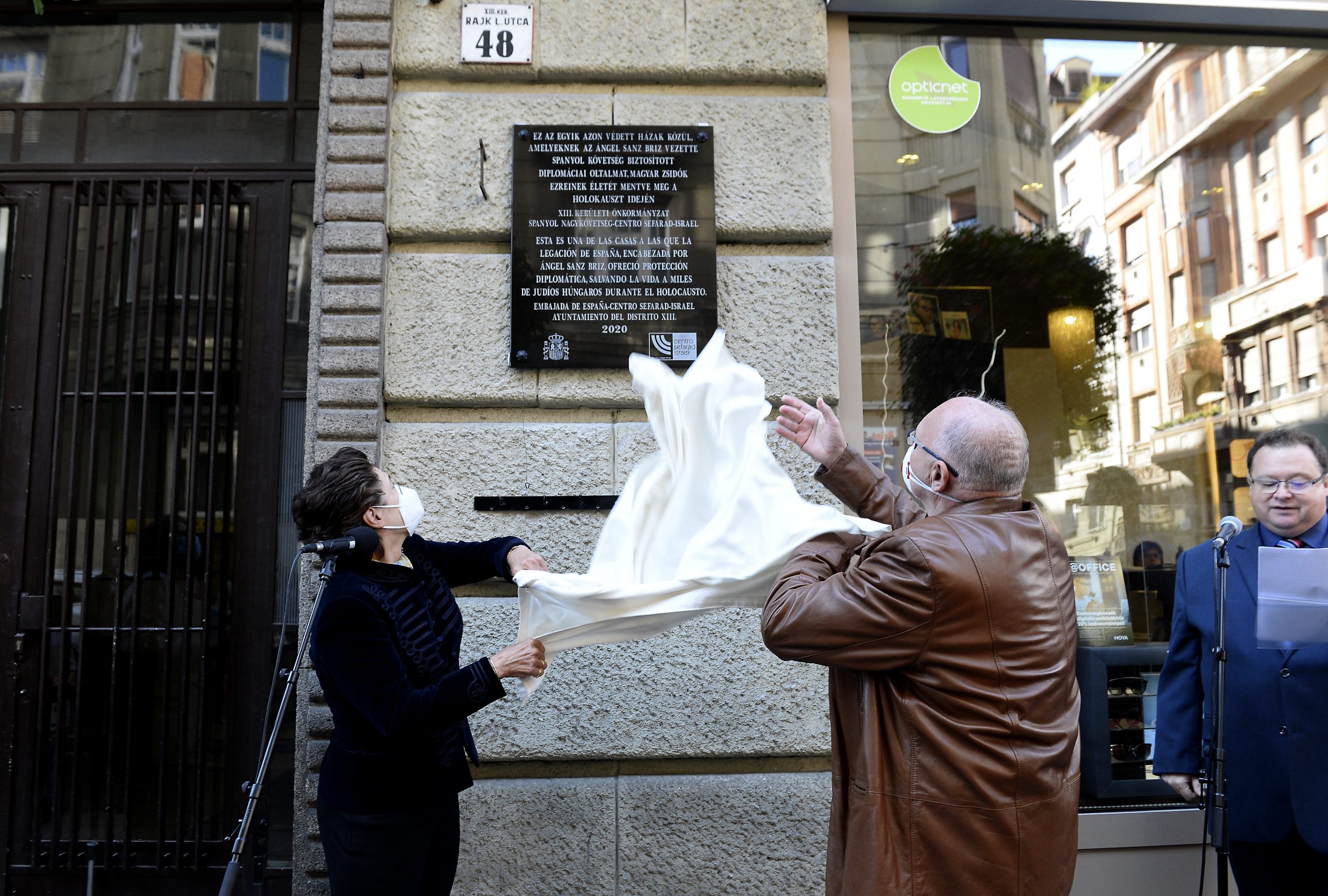 Commemorations were held in Budapest on Thursday to honour Spanish diplomat Ángel Sanz Briz, who saved the lives of some 5,200 Hungarian Jews during the Holocaust.

Briz (1910-1980) served as charge d’affaires in Hungary in 1944, and without prior authorisation from Madrid, he rescued Hungarian Jews, housing them in the protected Spanish mission and by providing them with Spanish papers. The diplomat was awarded Israel’s highest honour, the Righteous Among the Nations, on October 18, 1966.

Spanish Ambassador Anunciada Fernandez de Cordova and József Tóth, the mayor of the 13th district, unveiled a plaque at 48 Pannónia Street, a house put under the protection of Spain during WWII, the embassy said in a statement.

The ambassador then planted another maple tree in the Park of Peace and Understanding at a memorial erected in memory of Briz in 2015 in the street named after him. László Kiss, the mayor of the 3rd district, also joined the events.

In Zaragoza, Briz’s home town, an online conference on the methods of teaching the Holocaust will be organised on Oct 22-23 at the local university. The events mark the anniversaries of the Spanish diplomat’s 110th birth and 40th death, the embassy said.