Budapest Emerges as Favourite to Host the 2023 IAAF World Championships 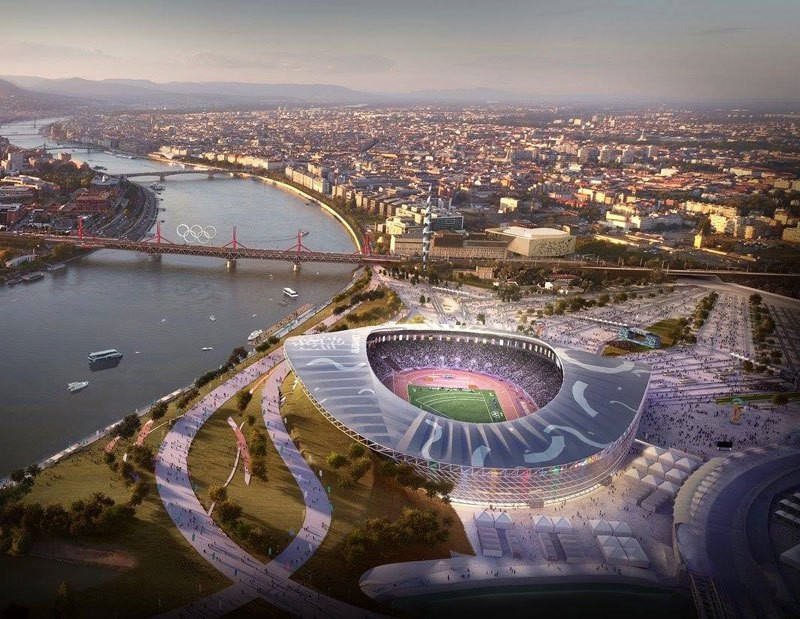 According to a well-informed sports site, the Hungarian capital is considered the favorite to host the 2023 World Championships in Athletics. A brand new stadium will be built in Csepel (south Budapest) to serve as the main venue of the event.

Instead of via a formal bidding process, the host city of the World Championships is chosen following informal talks with the potential hosts, usually about 5 years prior the event. According to the aforementioned online news outlet, several factors have contributed to Hungary’s rise in popularity. For the first time, two consecutive games, Doha-Qatar in 2019 and Eugene-USA in 2021, will be held outside of Europe. Also, Hamad Malboum Kalkaba, President of the Confederation of African Athletics (CAA), has revealed that 2023 is too early for Africa to host the event.
In total, three cities have supposedly expressed interest, with Barcelona being a potential rival of Budapest.

The IAAF are likely to choose a European location as the World Championships in Athletics is the third most popular sporting event, and would generate more revenue in a European time zone as a result. In addition, PM Orbán reportedly made a good impression on Sebastian Coe, president of the IAAF, when he visited Budapest ahead of the talks. The biggest athletic events held thus far in Budapest were the 1998 European Championships, and last year’s FINA World Aquatics Championships.

The main venue of the 2023 athletics games has yet to be built, as the new Puskás stadium will only be suitable for football games and concerts. According to plans, the future stadium would be built in Csepel along the banks of the Danube, at the site of Vituki beach. The stadium would contain 15,000 seats, along with the possibility of increasing capacity to 55,000 via mobile stands.

According to Index, the world championships might be part of a larger plan Orbán has in the works. Within Fidesz’s inner circles, Orbán has reportedly let his intention of bidding for the Olympic Games be known. As we reported earlier, Budapest withdrew its bid for the 2024 Summer Olympic Games to avoid a referendum following a a successful signature drive initiated by Momentum aimed to thwart the Hungarian capital’s plans to host the Games.

IAAF will introduce the chosen city at the Council Meeting in Buenos Aires later this month, and the host will be formally approved and announced by the end of this year.