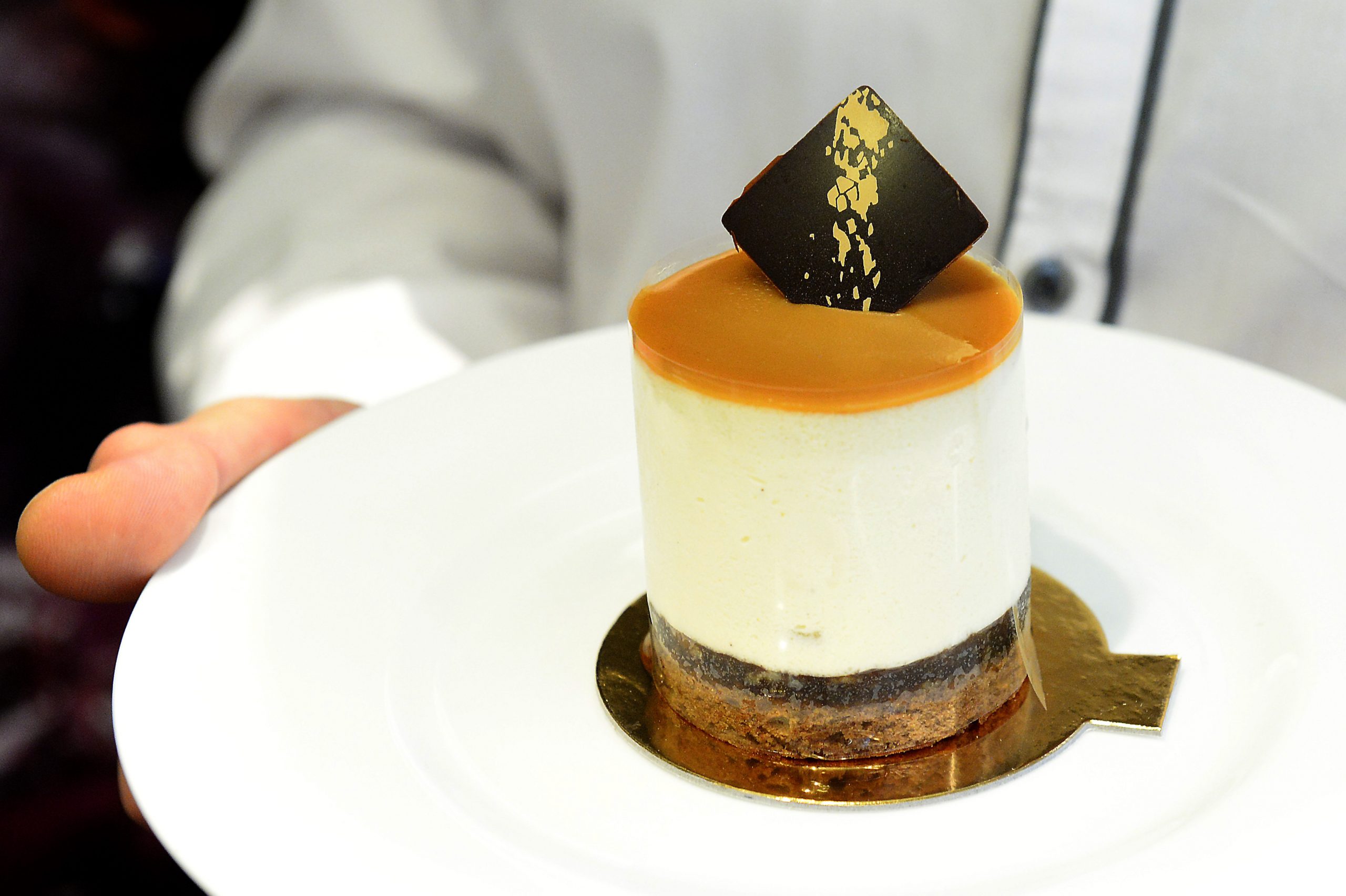 A caramel and pear mousse cake, made by the Szamos Marcipán confectionery became the dessert of Budapest this year, which the audience can taste for the first time at this year’s Édes Napok (Sweet Days) Budapest Chocolate and Sweets festival, held between Friday and Sunday in front of St. Stephen’s Basilica.

The Hungarian Chocolate and Sweets Association has announced the Budapest Dessert Competition for the third time. The essence of the competition is to find a dessert that wins the approval of the general public, and to enrich the offer of confectioneries, said Csaba Rebrus, president of the association and co-owner of Sweet Days Budapest, at a press conference on Tuesday. In addition, the main goal of the competition is to bring Hungarian confectionery traditions into focus and to make Hungarian desserts a worthy place in the offer of restaurants and confectioneries. 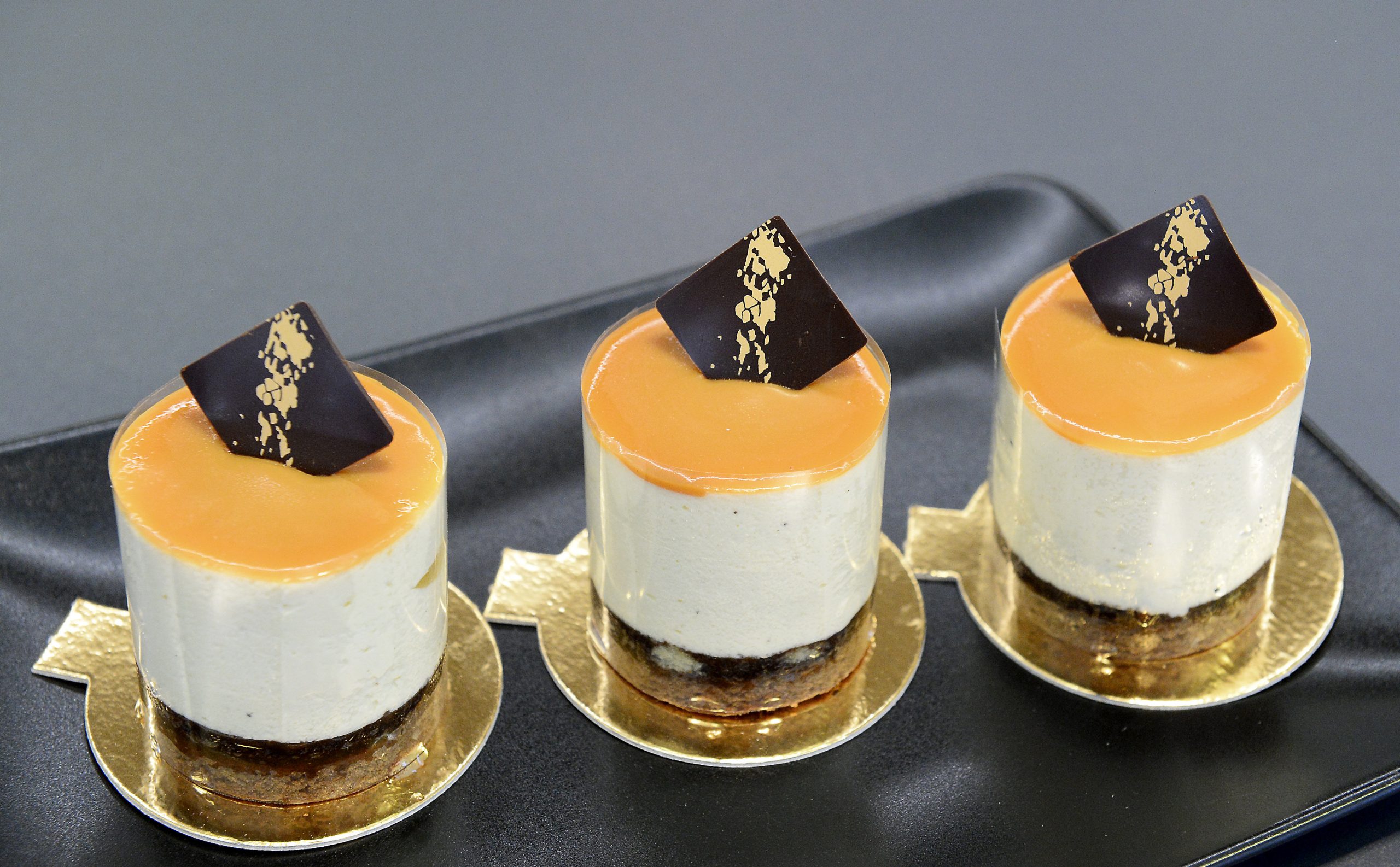 Rebus added that this year, too, many high-quality entries were received. For the professional jury, the most important aspect for choosing Budapest’s dessert was that the winning product, in addition to being aesthetically pleasing, should be delicious and relatively easy to prepare, so it could be produced by housewives as well, not just confectioners. As Rebus said, in terms of raw materials, they preferred seasonal products available on the market this time of year. While the first dessert competition was built around grapes, this year the pear was placed at the center of the competition. 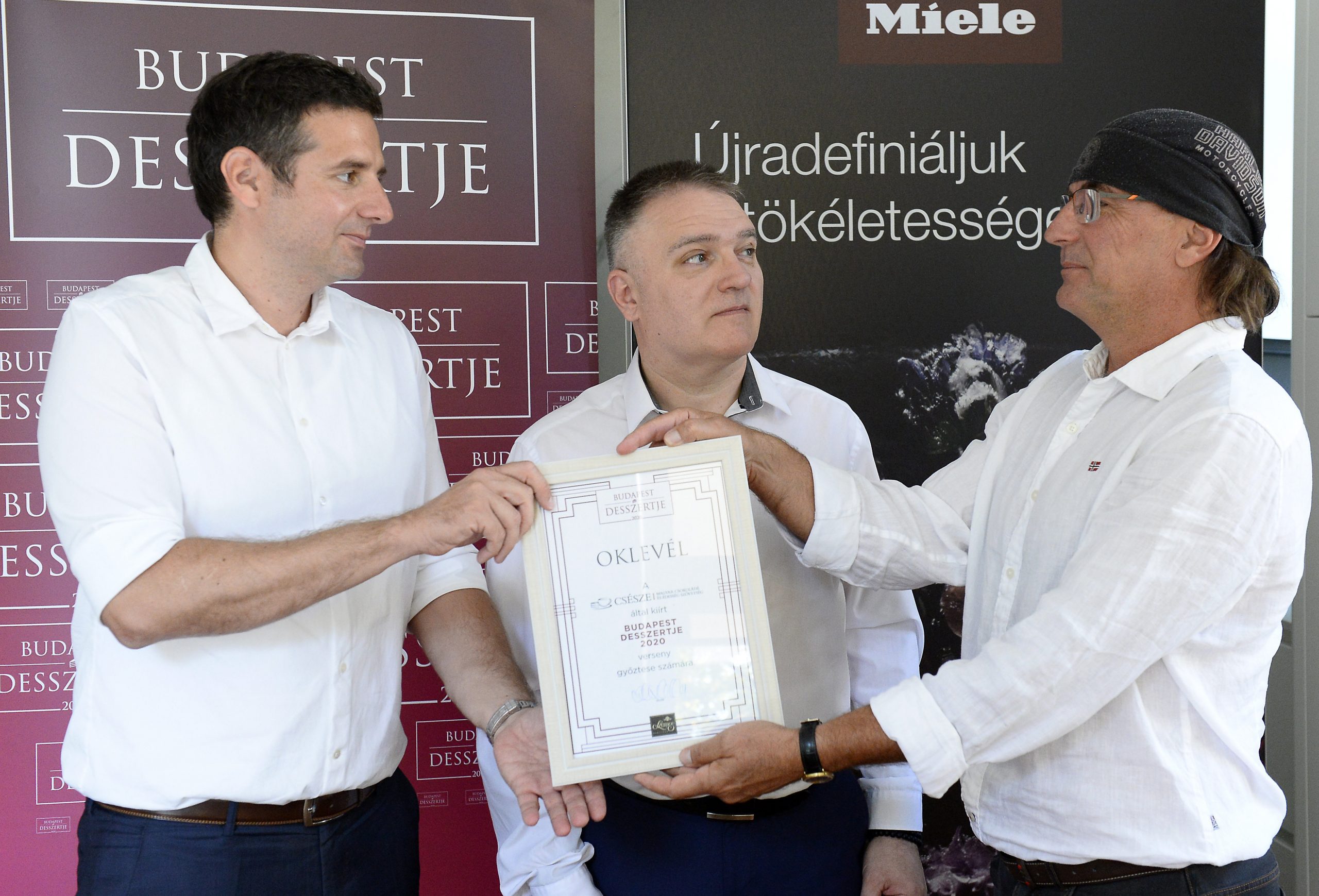 The winner of the competition was the Szamos Marcipán’s dessert with a unanimous score. The confectionery received the recognition for the second time in the history of the competition. According to the Hungarian Chocolate and Sweets Association, by the experience of recent years, they can sell more than 3,000 pieces at the Sweet Days festival, where the dessert can first be tasted. He added that in addition to this year’s winning dessert, the desserts of Budapest from 2018 and 2019 will also be available at the gastronomic event. 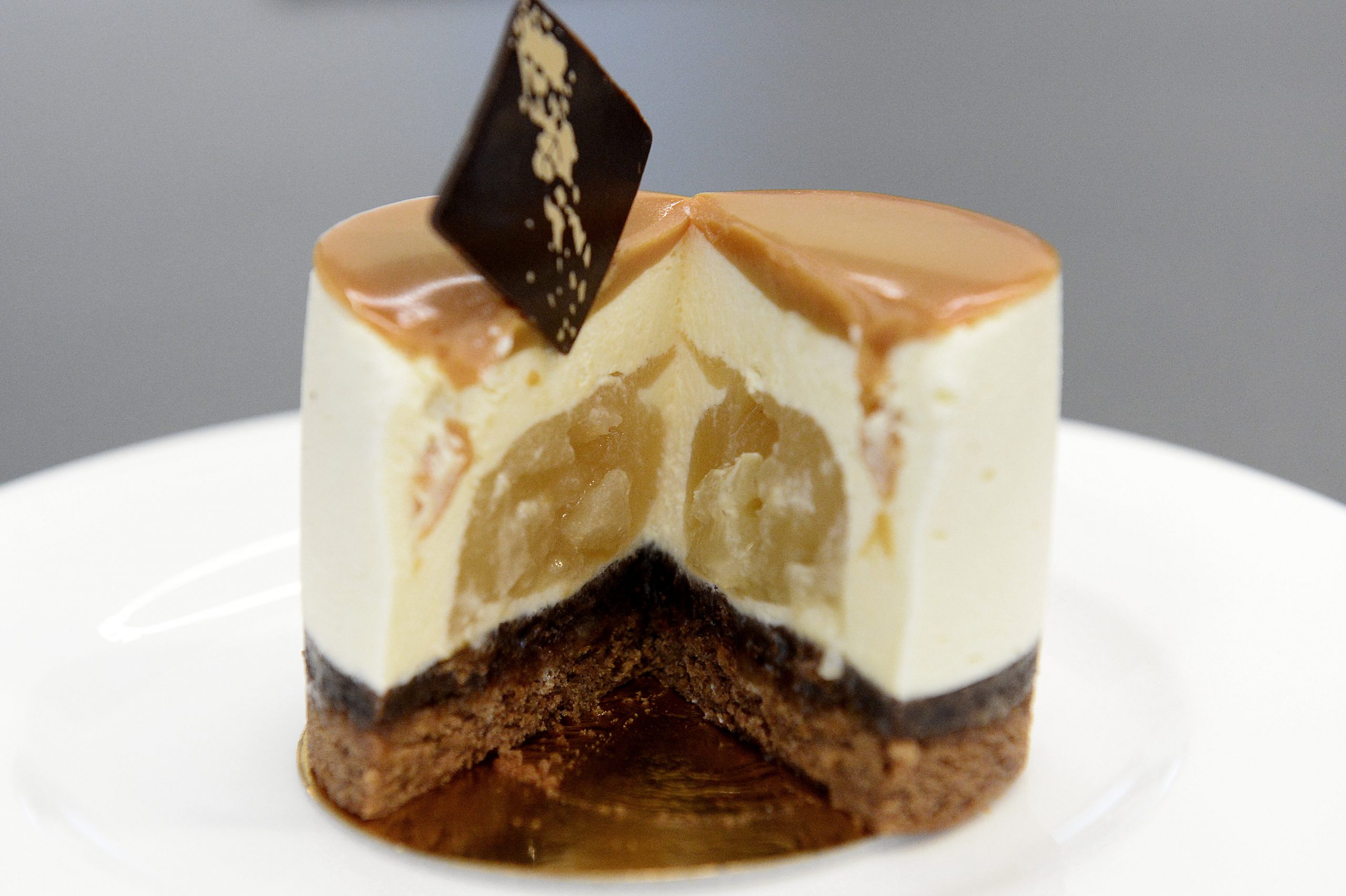 Ádám Kelényi, the financial director of Szamos Marcipán said that the sweets are a combination of several textures according to the requirements of the competition. The dessert is a vanilla mousse on a Sacher sponge cake base, layered with cold pear puree and topped with caramel. He said they wanted to create a whole new world of taste that was not yet on offer in their confectioneries. The creator of the product is again Péter Nagy, the head confectioner of Szamos Marcipán. 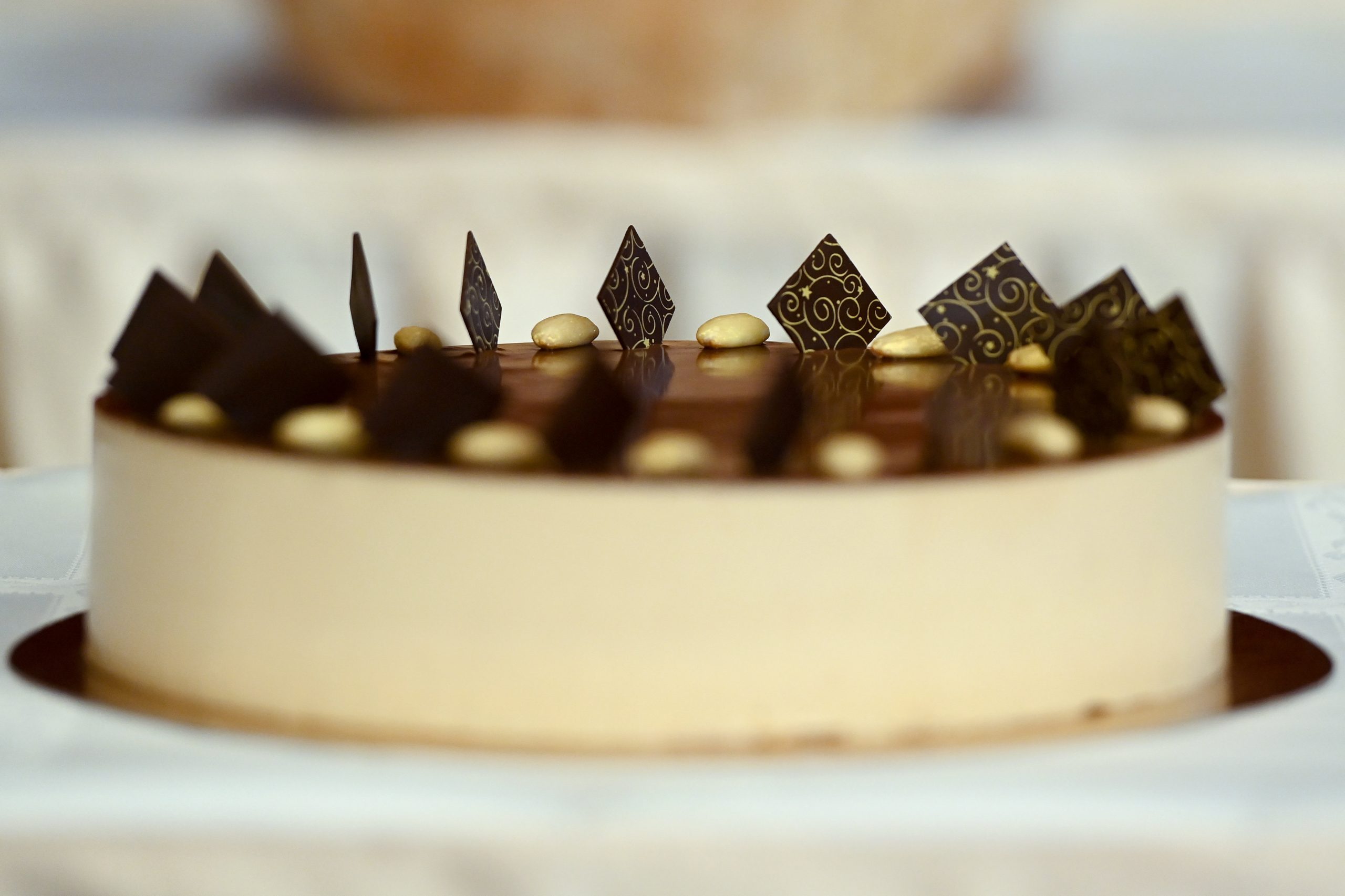 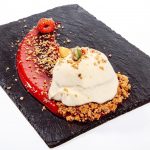 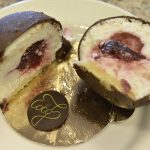 Cherry and Dark Chocolate: Budapest’s Dessert of the Year