The Budapest public traffic system (the BKV) still hasn’t introduced an automated fare collection system. However, over the last two decades, according to the press, the city has spent nearly 9 billion forints (1 billion HUF= 3 million EUR) on planning and feasibility studies. The new system is still years away from being launched.

The Hungarian capital still uses a human workforce to control fare evasion. Indeed, it is a unique solution considering the many technological advances available today.

Zoom.hu recorded the number of ticket controllers working in various large cities in Central Europe. They found out that while 260 controllers work in Budapest, the Warsaw public transportation company only employs 68. Currently, 115 controllers work in Prague and 200 in Vienna. The number of passengers received yearly in all four cities is approximately equal, therefore a high ratio of controllers may reflect a lack of technological development.

Fare gates are not considered advanced technology; most developed countries became familiar with them in the late sixties and seventies. At one point, Budapest had Soviet-type gates that operated with coins, but the introduction of an integrated system has repeatedly failed due to high costs. For example, the project was originally expected to cost 15 billion HUF, but that total has continued to steadily increase.

In 2013, BKV unveiled a collection system which would cost 29 billion HUF to set up and maintain for a five-year period. According to 444.hu’s estimates, this would be the second most expensive ticket collection system in the World. London is currently in first place with its new electronic system, but when population is taken into account, Budapest is technically more expensive. Bucharest introduced the same system several years ago for 4 billion forints. 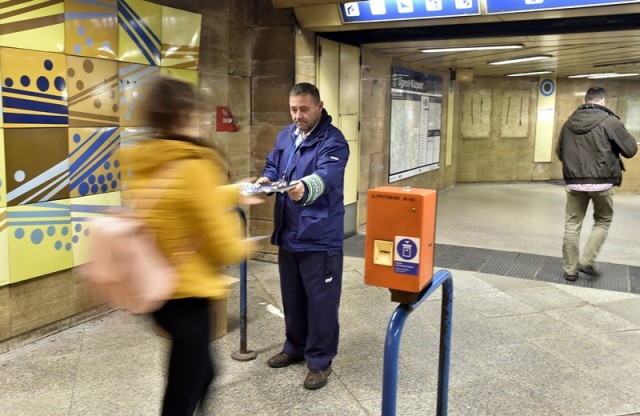 The price of the project has skyrocketed over the years as a result of BKV’s management wanting Budapest to have the most advanced technologies. In 2004, the BKV tried to develop its own system coined ‘Electra,’ but the project failed soon thereafter. The company spent 52 million forints on preparations.

Led by Dávid Vitézy, the BKK began redesigning the project. The original plans were considered too expensive (20 billion for Electra) and the initiative was not thought to be well-established. Also, after over a decade, the technology of the earlier project was seen as outdated.

Basically, there are two solutions for electronic or automated AFC systems. A simple card-based system is when a magnetic card holds the information of the passenger. However, the new ticketing system conceived by the BKK, an ID-based system (ABT), is based on the identity of the passenger.

The ABT system is laxer as passengers do not need to carry a “smart card.” Sufficient forms of identification include a bank card, an electronic personality ID or an NFC chip inserted into a smartphone. In this system, passengers can purchase tickets online anywhere and anytime without the assistance of a human or ticket machine. The plan was already ambitious, but the technology simply made the project too expensive to finance. Aside from London, only Singapore, Dubai and Hong Kong use such an advanced system. 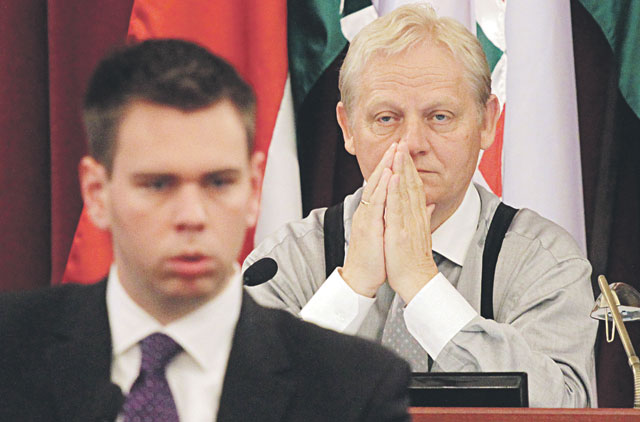 The ousting of Vitézy halted the project, and his successor, Kálmán Dabóczi, was enveloped in scandal in 2017. Dabóczi was fired from office this November and Vice Mayor of Budapest Balázs Szeneczey was relieved of his responsibilities due to difficulties with the project.

Meanwhile, Budapest Mayor István Tarlós announced at the end of November that he had a discussion with Sándor Pintér, the Interior Minister, about the BKK’s project being linked to Volán and MÁV’s nationwide electronic database system project. Previously, many had concerns since the system’s creators hadn’t planned to integrate it with other ongoing nation-wide projects. In 2017, the European Union began investing in a transportation system called HAKIR, putting forth 17,8 billion forints. The promises are similar in that passengers can buy tickets for any kind of public transportation. But, according to 444.hu, it wasn’t clear how this system will be connected to the BKK’s future one. Another 3,5 billion forints have gone towards an initiative called National Electronic Ticketing Systems. The city terminated its contract with German company Scheidt&Bachmann, which was responsible for the setup. The city council recently announced a new completion date: 31st of December in 2020.

Many have argued that Budapest doesn’t need such an advanced system, especially when a return on investment isn’t guaranteed. Experts say that a time-based ticket system would be sufficient in reducing travel costs, and the new control machines would merely be necessary for printing an exact time of entrance. In 2010, Átlátszó.hu asked the BKV why it didn’t designate zones within the city or establish pricing time frames. In response, the BKV said, “we were dealing with the introduction of tickets on a time proportion basis, but we needed to first considered whether our revenues would increase or decrease by introducing them. The new system would be immensely expensive due to the replacement of 5400 old ticket punchers. The unit would cost 200,000 HUF. ” That means the total price of the replacement would be 1 billion forints.