Budapest finished seventh on a list of the top 25 countries for a weekend getaway for families compiled by travel website Club Med. The list includes exotic, faraway destinations such as Thailand and Japan, as well as other European countries like Ireland and Portugal.

The list was compiled by the site based on the average spend per holiday; the total holiday visits from UK residents; the volume of social media posts; the cost of a meal at an inexpensive restaurant and the world happiness score.

With around 346,664 tourist visits and a score of 4.98 points out of 10, the Hungarian capital has proven itself to be a cost-friendly option for larger families. In fact, the average cost of a meal in Budapest is just €5.59 and the average spend per holiday visit is €123.40.

According to the website, the city of Budapest – most of which was listed as a UNESCO World Heritage site in 1987 – has a surprising amount of activities for families to enjoy. From zoos and castles to the children’s railway and museums, there’s plenty to see and do. In a previous article, we collected some of the capital’s best indoor and outdoor activities for kids and adults:

Best of Budapest: 6 Exciting End of Summer Programs for Children in the Capital

According to the website, the most family-friendly destination is Madrid, Spain, followed by the United Kingdom, France, Germany, Thailand, Austria and Hungary. The Hungarian capital finished before cities like Rome, Lisbon, Helsinki and Tokyo. 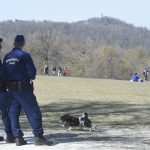