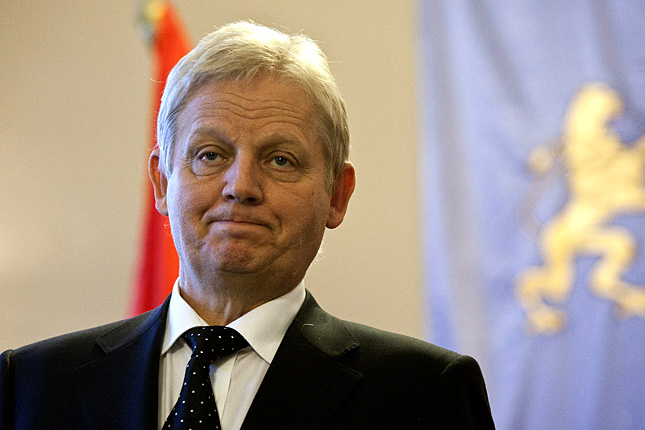 Hungarian Prime Minister Viktor Orbán and Budapest Mayor István Tarlós (pictured above) have discussed the future of the city’s bid to host the 2024 Summer Olympics after a civil movement had initiated a local referendum on the issue.

The civil Momentum Movement on Friday submitted over a quarter million signatures in favour of putting the bid to a public vote. Momentum’s referendum question reads: “Do you agree that the municipality of Budapest should withdraw its bid to host the 2024 Olypmic and Paralympic Games?” Orbán and Tarlós agreed that the Budapest Assembly and the cabinet will each discuss the matter at their respective meetings next Wednesday. The two leaders will then meet again that evening or on Thursday at the latest to discuss how to proceed with the Olympic bid.

In an interview with public Kossuth Radio on Sunday, István Tarlós slammed opposition politicians who changed their minds and withdrew their support from Budapest’s bid to host the Olympics in 2024, saying that they broke the national unity that existed 18 months ago and betrayed the scheme. The Mayor of Budapest said that “he had a problem with those” who turned a national issue into a party policy one. He said that for a year and a half after the city submitted its bid, nobody was collecting signatures. Public sentiment has been whipped up by people who drew demagogue and forced comparisons with past Games where the costs ran amok, Tarlós said. One should also remember that the International Olympic Committee and sponsors pay large amounts of money to the host city, he added.

Zsolt Borkai, head of the Hungarian Olympic Committee (MOB), said that the opposition parties had weakened the capital’s chances of staging the 2024 Games. It is now up to the municipal council to decide whether Budapest intends to stay in the running to host the event, he said. The non-profit company that drafted the bid said that “over the past few weeks, a common national issue has turned into a party policy debate.” The political unity supporting the Hungarian Olympics has broken up and without united political and community support Budapest has no chances to win in the race for the Olympics against Paris and Los Angeles, which are among the world’s largest and richest cities.” The Budapest 2024 Nonprofit company added that it would suspend all related contracts, would place no new orders and would not use any more funds allocated for the bid until it is clearly established whether public support for the initiative can be restored.

Momentum leader András Fekete-Győr said that “more than a quarter million signatures were collected so that the money pencilled in for the Olympics could instead be spent on modernising hospitals and schools.” Momentum’s signature drive had support from several opposition parties. Tarlós said he would consider whether Budapest’s bid should be withdrawn if local residents supported a referendum on it. He blamed the opposition for earlier supporting the Olympic plans then “backing out” and called the opposition’s attitude “treachery”.

Ruling Fidesz group leader Lajos Kósa said the issue of the Olympics concerned the city of Budapest and not the government or parliament. The development of the Momentum Movement which collected signatures for the petition poses a challenge not to the ruling parties but to the “fragmented left”, he added. Regarding the costs of organising the Olympics, he said the International Olympic Committee would not allow the budget to get out of control and its new president wants much cheaper games than in the past. As a result, it makes no sense to cite the gargantuan budgets of the Olympics in Beijing or Sochi, he said.

Radical nationalist Jobbik leader Gábor Vona said that “[Prime Minister] Viktor Orbán has messed this issue up”. Vona confirmed that Jobbik continued to stand in support of the Olympics, “the country deserves it” and would be able to host it “but not this way”. The social atmosphere has changed and even some core Fidesz supporters have become uncertain about the Olympics, he said.

Green opposition LMP said that the majority of the money originally intended to be spent on hosting the Olympics should be spent on Budapest. The city’s residents generate 40% of Hungary’s GDP and its debt is expected to reach 160 billion forints (EUR 520m) by 2020. Antal Csárdi, the party’s Budapest councillor, said the number of signatures submitted for the referendum has revealed that the city cannot be managed above the heads of its residents and that Budapest’s residents want a well-operating city with clean roads and hospitals at European quality instead of an Olympics.

Prime Minister Viktor Orbán on Monday voiced uncertainty over the outlook for Hungary’s bid to host the 2024 summer Olympics, saying that he wanted to make a national case for the Games, but if this proved unsuccessful then it must be seen that making a political cause out of the bid would not lead to victory.

Orbán said the government and the metropolitan assembly on Wednesday would debate the situation which has arisen. “This situation is that we had a national cause which turned into a political issue, and now the question is whether it is possible to make a national issue out of it once more,” the prime minister said. Asked about whether István Tarlós, the Budapest mayor, would carry on in his post after 2019 if he withdrew the bid, Orbán said the ruling Fidesz party did not hand out positions. Rather, it shared out work. Until there are parliamentary elections, no position will be subject to negotiation, he added.

Zsolt Borkai, head of the Hungarian Olympic Committee (MOB), later reaffirmed the MOB’s commitment to the Olympic bid. “There are national causes that should be independent of politics,” he said in a statement. “The Hungarian Olympic Committee is an independent body, which was why it had initiated talks with the parliamentary parties at the onset of the bidding process for the Olympic and Paralympic Games, so that they could jointly back Hungary’s bid,” Borkai said. He said Hungary was one of the most successful countries at the Olympics in terms of medals won, adding that it is the only country out of the ten most successful ones never to have hosted the Games. Borkai said it was “unfair” of the opposition parties to withdraw their support for Hungary’s bid in the final phase of the bidding process.

“The Olympic bid was about fair play and sports and … it unified the Hungarian political elite,” he said. Borkai said he did not understand why the opposition had “backed out from a national cause” and why it was turning “an unprecedented opportunity for Hungarian sports into an issue of party politics”. He said that by initiating a referendum on the Olympic bid, the Momentum Movement had done a favour for Paris and Los Angeles, the other two cities vying to host the 2024 Games.

Meanwhile the opposition LMP party said it wanted a parliamentary committee to look into details of how public funds for financing Budapest’s Olympic bid have been spent. Speaking at a press conference, LMP deputy István Ikotity noted that over 266,000 supporters have signed up to hold a referendum on the Olympic plans, and insisted that “now the government is pretending as if it had nothing to do with the bid” submitted “under a government decision and without consulting residents”. Ikotity said that the 10 billion forints (EUR 32.4m) allocated to cover the costs of making the bid had been fully disbursed by the end of last year. He accused the government of using a large sum of the money fraudulently to finance its “communications machinery”.