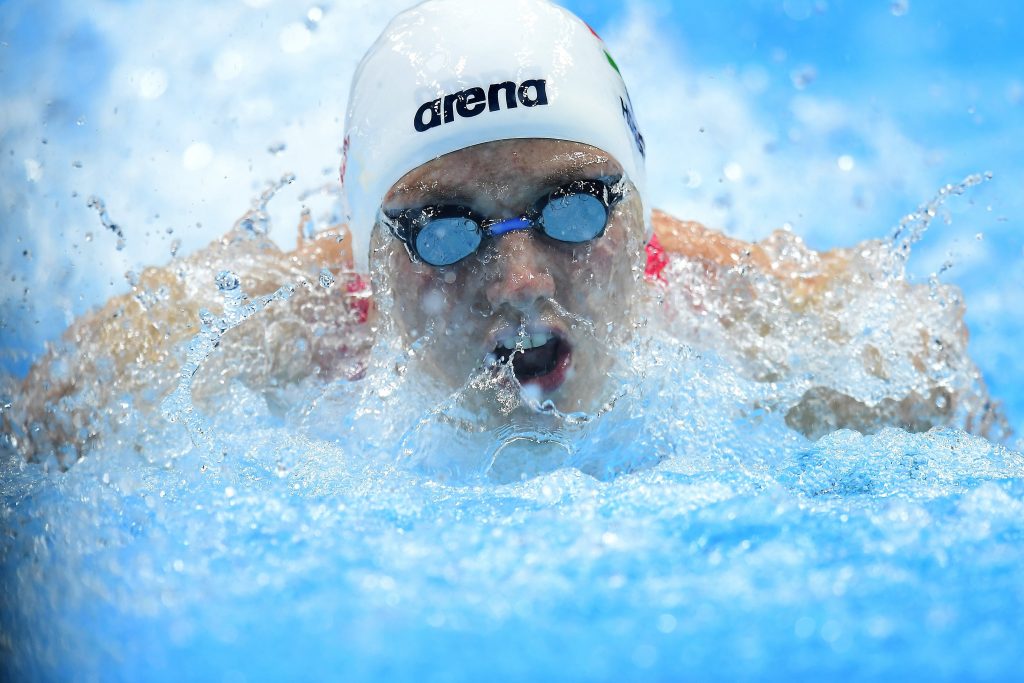 The championships, which run until July 30, feature some 2,000 athletes from over 180 countries competing across six disciplines.

Katinka’s triumph is her third straight world title in a row in the 200m IM. In addition to defending her title as world champion in this particular event, the Iron Lady’s win brings her number of world titles up to a total of 6, reinforcing her place at the very pinnacle of her sport.

In her winning swim, she clocked a time of 2:07.00 to clinch the title, beating out Japanese swimmer Yui Ohashi, who came in second with a time 2:07.00. Throughout the duration of the race, the Iron Lady remained ahead of Ohashi.

Naturally, Katinka’s win generated a huge deal of excitement on the part of both her and her husband, American Shane Tusup. Tusup, who also serves as his wife’s (sometimes controversial) coach, could hardly contain his joy in a Facebook post wherein he described the events of yesterday “as one the most amazing things I will ever experience.” You can read his post, in full, below: