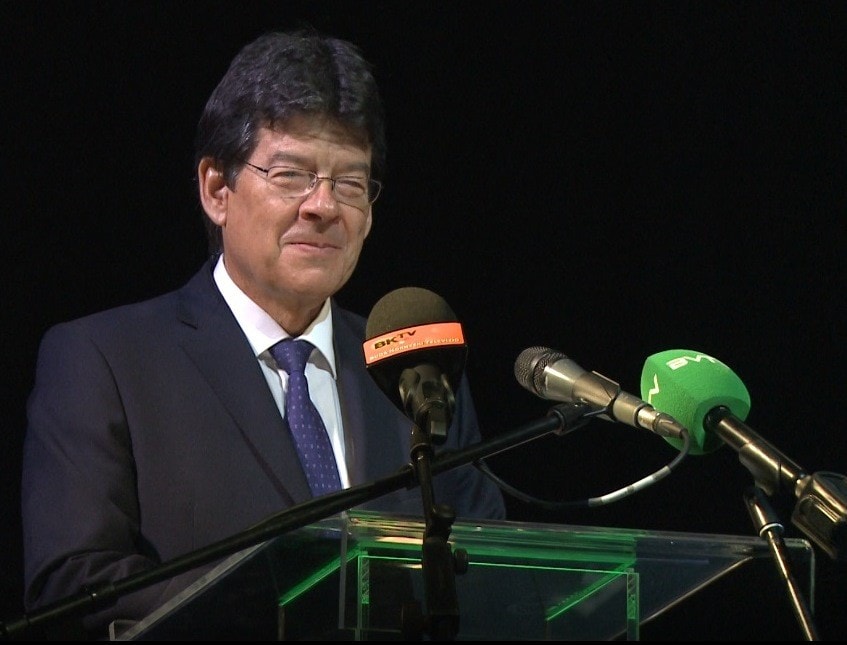 It first made headlines on Saturday, with flyers posted around Budaörs with a link leading to a videotape showing the town’s mayor Tamás Wittinghoff in intimate circumstances with an unknown woman. Not surprisingly, the opposition mayor supposes his political opponents are behind the publication.

Flyers about the video, which has since been removed, was sent by the so-called “Humiliated WOMEN’s protection association,” a nonexistent organisation.

Wittinghoff explained to Index that he has long known about the videotape. “This happened about four years ago, shortly after Fidesz had been beaten badly in Budaörs. At that time, my shoulder was hurting due to the tension, so someone recommended me this lady as a masseur. I was later blackmailed with the videotape not to run again.”

In addition, he revealed to 24.hu that he filed charges as both the recording and its publication is a criminal offense in his view, adding that he named the blackmailer in the denunciation.

He also claimed that he surely knows that he had made a mistake, but that it is only his family’s business, who have long known about it and stand by him. He also claimed that, contrary to those who made this video and blackmail him with that, he hadn’t committed a crime.

Tamás Wittinghof has lead Budaörs since 1991. He was earlier delegated by liberal SZDSZ while at the upcoming municipal elections, he officially runs as an independent (delegated by the Association for the Advancement of Budaörs) but backed by the whole opposition. RTL Klub questioned governing Fidesz’s local mayoral candidate who denied any link.