Buda-Past: Do You Know Which Bridge Celebrates Its 175th Birthday This Year?

Do you know which bridge of Budapest celebrates its 175th birthday?

It was the first permanent bridge connecting Pest and Buda, and only the second permanent crossing on the whole length of the river Danube. Today, it is one of the symbols of Budapest, the most widely known bridge of the Hungarian capital. What’s more, at the time of its construction, this bridge was the suspension bridge with the second-largest span in the world.

The bridge was the dream of a man remembered today as “the greatest Hungarian”. Works were started in 1839 according to plans of English engineer William Tierney Clark with the financial support of Baron György Sina, a Viennese financier. The construction in Budapest was supervised by Scottish engineer Adam Clark, who later on went on to marry a Hungarian woman and settled down in Hungary. 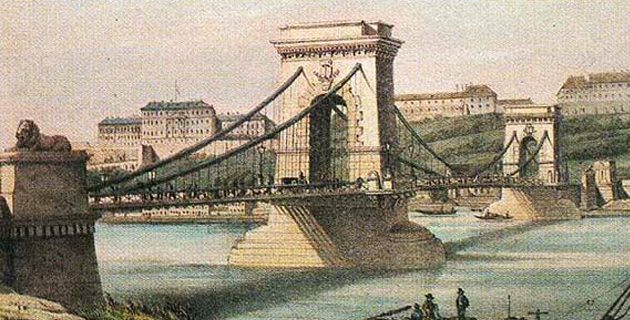 Well, probably you knew that the greatest Hungarian was István Széchenyi. The construction of the bridge was proposed by Count István Széchenyi, one of the leading figures in 19th century Hungary. This is why the bridge is officially known as the Széchenyi Lánchíd. However, most people today simply know it as the Lánchíd, or Chain Bridge.

After its destruction by retreating German forces during the Second World War, the Chain Bridge had to be rebuilt. Although the this iconic bridge has had hard times throughout its history it shines beautifully today (especially on the 20th of August), 175 years after its first stone was laid. 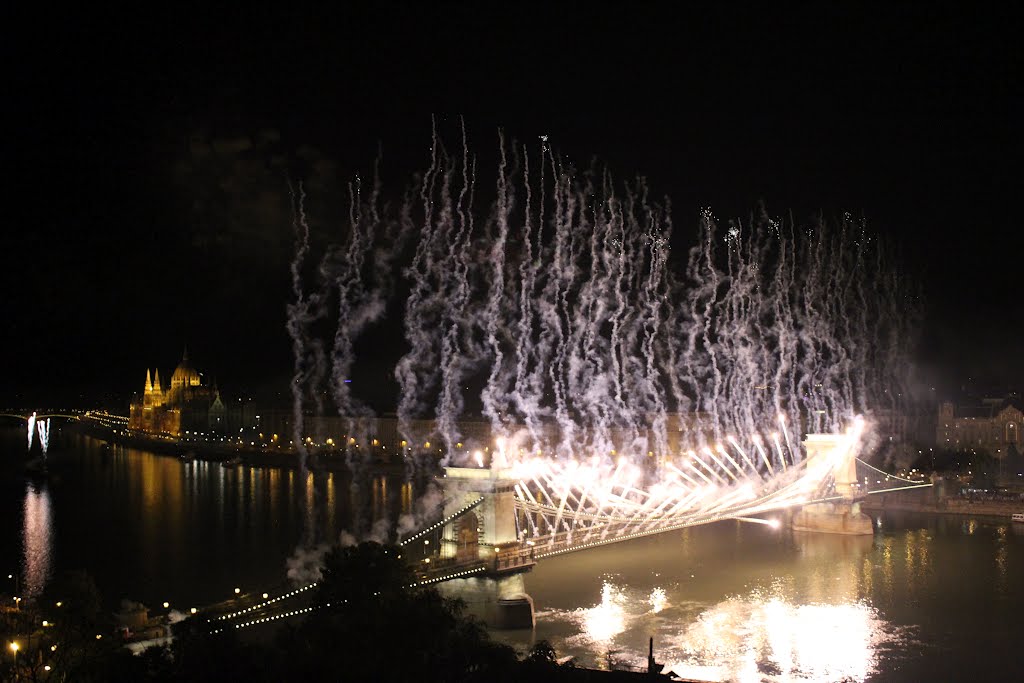 The cornerstone of Budapest’s legendary Chain Bridge was laid on the 23th of August, 175 years ago.