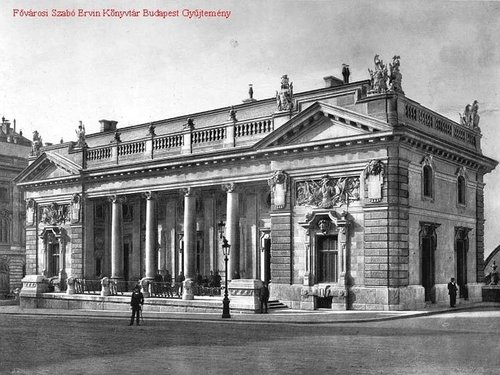 The former building of the Royal High Guard and the so-called Stöckl Stairway, both part of the Buda Royal Palace complex, are to be reconstructed from budgets of HUF 2.05 and HUF 2.3 billion respectively, the latest issue of the country’s official journal Magyar Közlöny has revealed. A further HUF 317.5 million will be set aside for the development of the Kiscelli Museum on Budapest’s history, located in District III.
The reconstruction works will be carried out within the framework of the National Hauszmann Plan, aimed at the redevelopment of the Buda Castle area in District I. The government resolution has appropriated HUF 150 million from the Prime Minister’s Office’s annual budget for the preparation of the two investments.
The reconstruction of the Royal High Guard building will be covered from the 2015 budget of the Prime Minister’s Office, while the renovation of the Stöckl Stairway will take place from its 2016 financial framework.
According to a cabinet resolution issued on 30 December 2014, the building of the royal riding school, also part of the Buda Royal Palace complex, will be rebuilt out of HUF 2 billion in government funding.
Monday’s issue of Magyar Közlöny also includes provisions on appropriating HUF 317.5 million for the development of the Kiscelli Museum, a subdivision of the Museum of Budapest History.
via hvg.hu
photo: belvaros.blogspot.hu