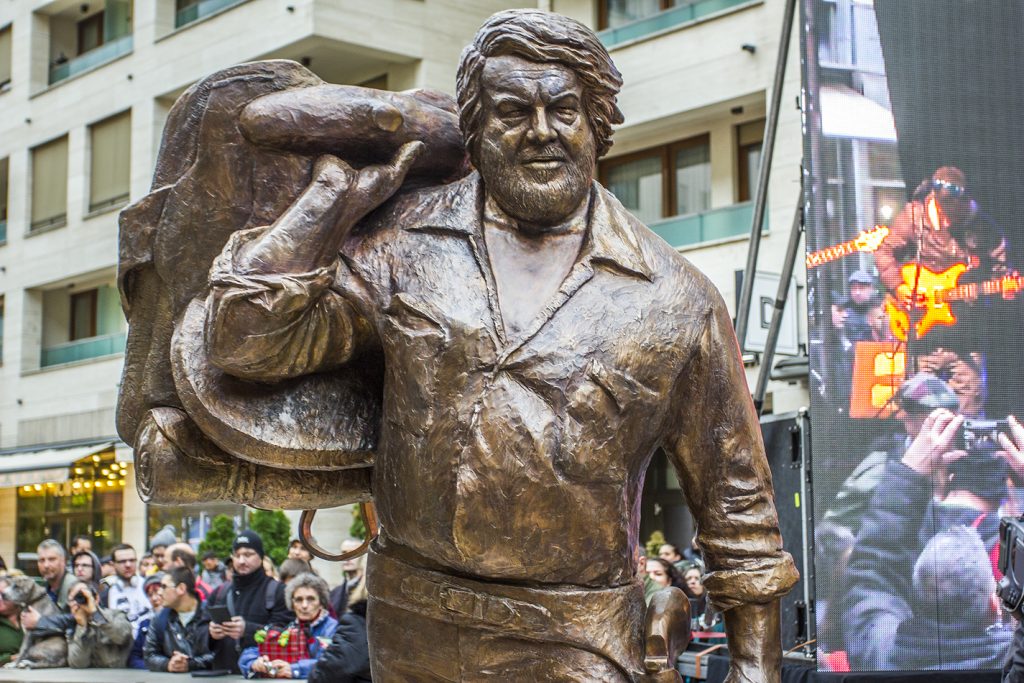 Bud Spencer was born exactly 90 years ago, on October 31, 1929 in Naples as Carlo Pedersoli. The inseparable spaghetti-western partner of Terence Hill was so popular in Hungary, that he has a mural painted of him, a statue, and even a park unofficially named after him in Budapest.

The former professional boxer and swimmer Bud Spencer, born Carlo Pedersoli, died in June of 2016 at the age of 87. He is so popular in Hungary that his personal website is available in Hungarian as well as Italian, English, and German.

At the Filatorigát suburban train stop in Budapest, a graffiti artist, who calls himself TakerOne painted a huge portrait of him, which even the actor’s son and family have visited. However, in April 2017, someone painted the wall black, and only part of the mural was salvageable.

This is not the first time Hungarians have commemorated Bud Spencer, as last year the Hungarian ‘Two-Tailed Dog Party’ named a public park after the Italian star in an official ceremony. In addition to a signpost featuring the park’s new name, the party also inaugurated a memorial plaque commemorating the actor.

In addition to the mural, the statue and the park name, as well as the fact that one of the official languages of Spencer’s website is Hungarian, in 2018 Levente Király made a portrait film about the famous actor’s life and work, called “In the footsteps of Piedone.”