An appeals court in Szeged on Thursday sentenced a British citizen to 8 years in prison for attempted drug smuggling.

The man, of Iraqi origin, was convicted of trying to smuggle 7 kilogrammes of opiates to the United Kingdom via Hungary. Under the binding ruling, he is to be expelled from Hungary for a period of eight years upon his release.

The man was on his way back to the UK from Iraq when his car was checked by excise officers at the Röszke border station in southern Hungary on April 13, 2017.

The officer inspecting his vehicle noticed that the car’s spare tire had been tampered with. The authorities deflated the tire before cutting it up to find seven packets containing morphine and codeine-based opiates.

The authorities put the street value of the drugs at around 20 million forints (EUR 61,000).

In his testimony to the court, the man said the drugs had been stashed in the tire by a friend he had lent his car to. He said he had not been cautious enough when leaving Iraq to check whether someone had hidden drugs in his car.

In its ruling, the Szeged Court of Appeals changed the first-instance conviction from possession of drugs to attempted drug trafficking, but upheld the sentence. 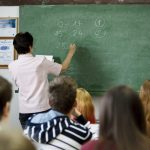