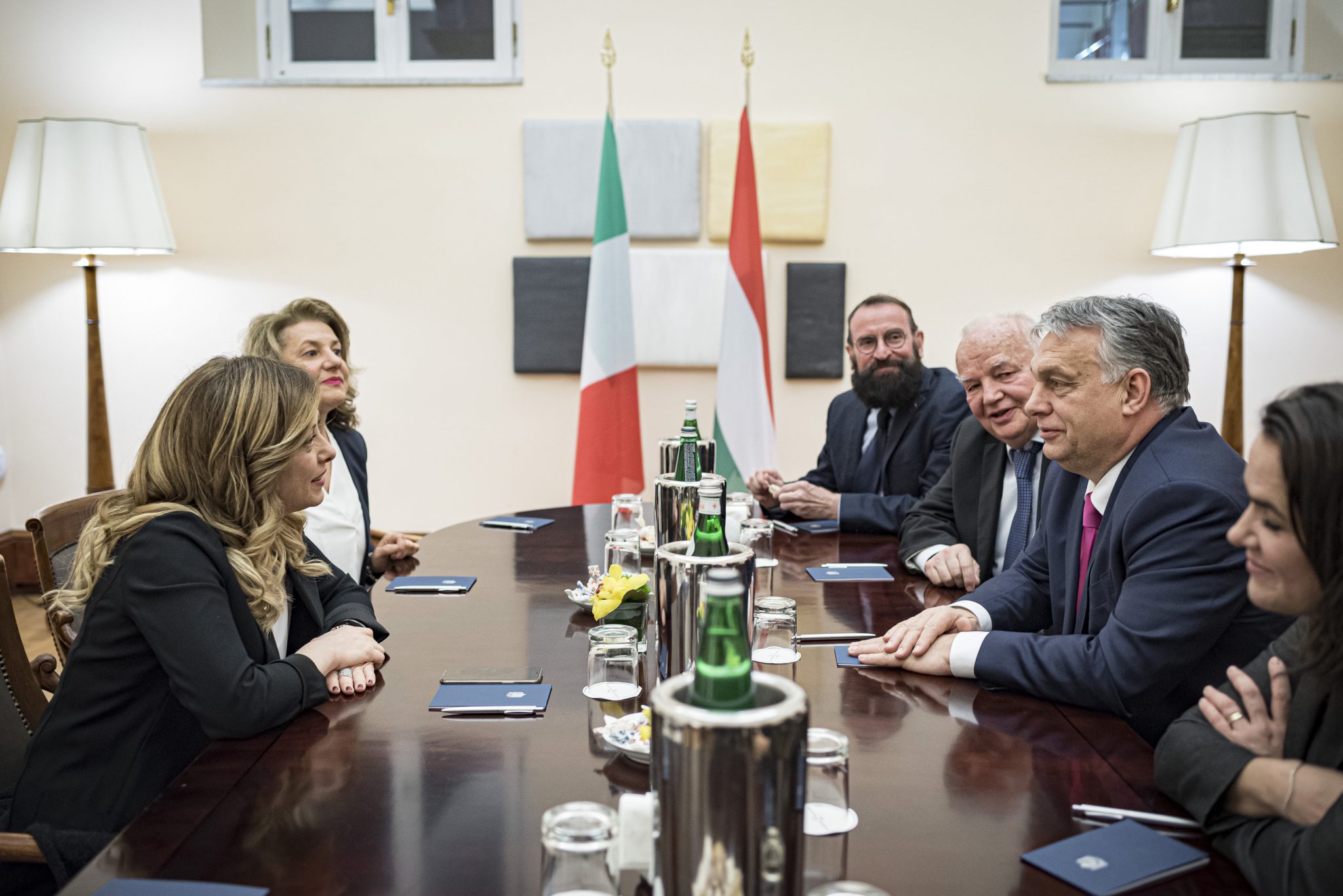 Hungarian Prime Minister Viktor Orbán had discussions with numerous prominent Italian politicians at the beginning of this week. During his visit to Rome, where he was invited to speak at the “National Conservatism Conference,” he met Italy’s Prime Minister Giuseppe Conte, and Giorgia Meloni, the president of the right-wing Brothers of Italy. He also had discussions with Italy’s former prime minister and the leader of Forza Italia Silvio Berlusconi, and former Interior Minister Matteo Salvini.

Viktor Orbán had a discussion with Italian PM Giuseppe Conte on Monday about the challenges facing Europe and current European political issues. The meeting was most likely a regular protocol visit as the Italian premier is the leader of the center-left Democratic Party. Despite their argument last year, the Prime Ministers seemed to have a good-spirited meeting. 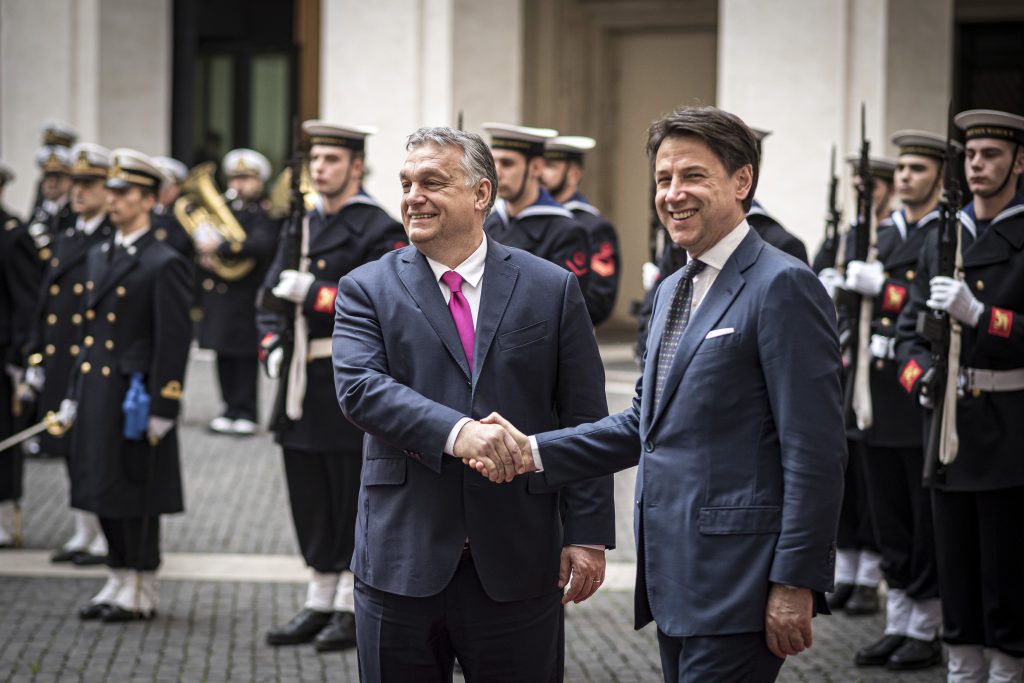 Regarding their discussion, however, the Italian edition of Huffington post noted that regarding certain economic issues, particularly the EU’s next multiannual financial framework, and the distribution of cohesion funds, the two parties might have a common interest. This could mean that their cooperation on issues might be possible after all.

Later, Orbán had talks with the president of the right-wing Brothers of Italy Giorgia Meloni, whose party have the second-largest delegation in the European Conservatives and Reformists (ECR) group in the EP. As a result of the frosty relation between Fidesz and the EPP, many think Fidesz will most likely join ECR sometime in the future, becoming the second leading force behind Kaczynski’s Law and Justice party.

Although Meloni clearly stated after the meeting that they had not talked about the possibility of Fidesz going over to the ECR, she also added that “given the difficulties that he [Orbán] has to face in the People’s Party, if he is to decide to leave it tomorrow, it would be natural for him to join the Conservatives. I’d be glad.” 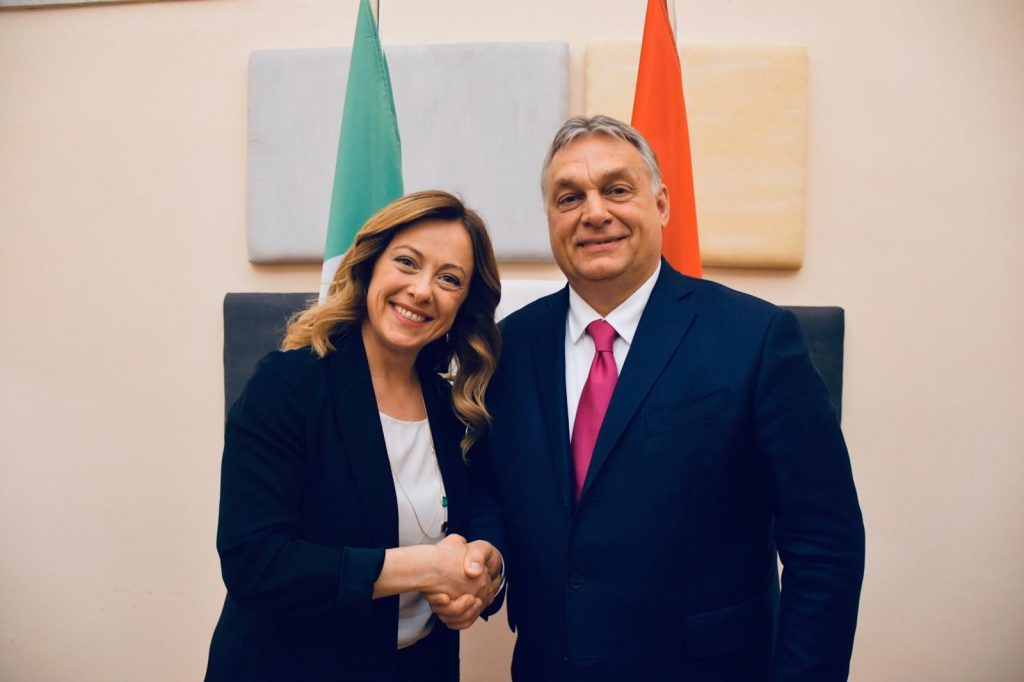 In her view, the European Parliament doesn’t like that Orbán is one of the heads of government who says that being part of the European Union does not mean giving up national sovereignty.

On Tuesday, Viktor Orbán continued his “tour,” meeting former Italian Prime Minister Silvio Berlusconi first. The meeting with the leader of the center-right Forza Italia is by no means surprising, given the decades-long good relations between the two politicians. 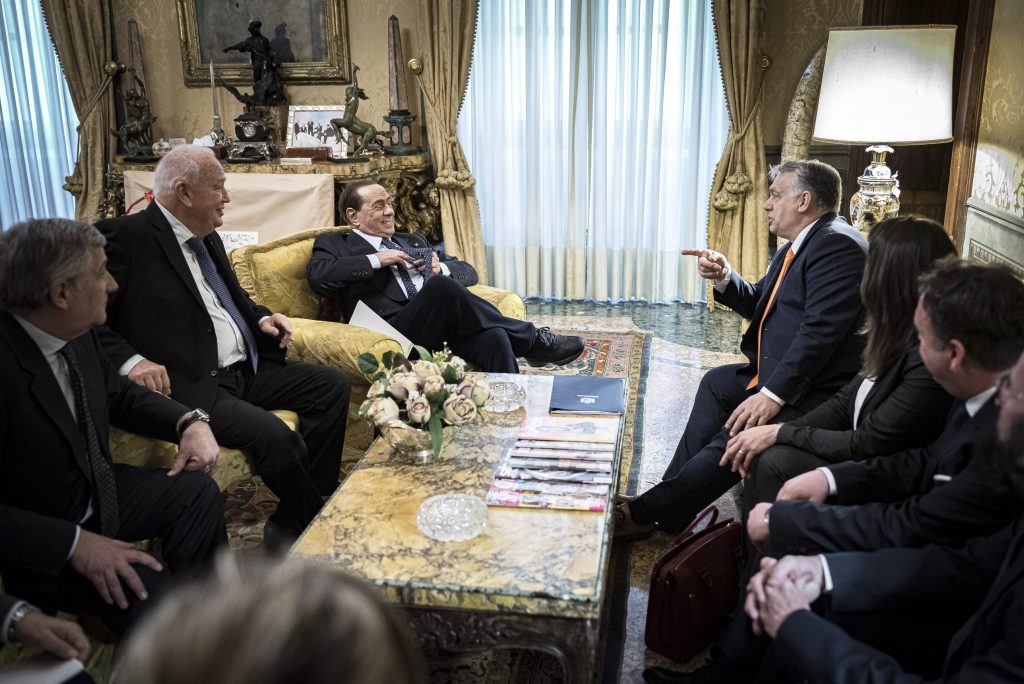 Berlusconi’s party is also a member of the EPP and according to rumors, he is one of the main reasons Fidesz hasn’t been excluded from the EPP. After the meeting, he even noted that he is committed to making sure Fidesz stays inside the EPP.

The National Conservatism Conference originally included a speech by Matteo Salvini, the leader of Italy’s far-right League party, right after Orbán’s address, but he didn’t partake.  According to Politico, Salvini pulled out because the organizers refused to let him deliver his speech in Italian, and his English is said to be rather weak. (One League official, however, said that the politician decided to skip the conference, as it was dominated by members of the ECR, which is the rival group of the League’s Identity and Democracy party family in the EP).

But Orbán nevertheless met the former interior minister in Rome. 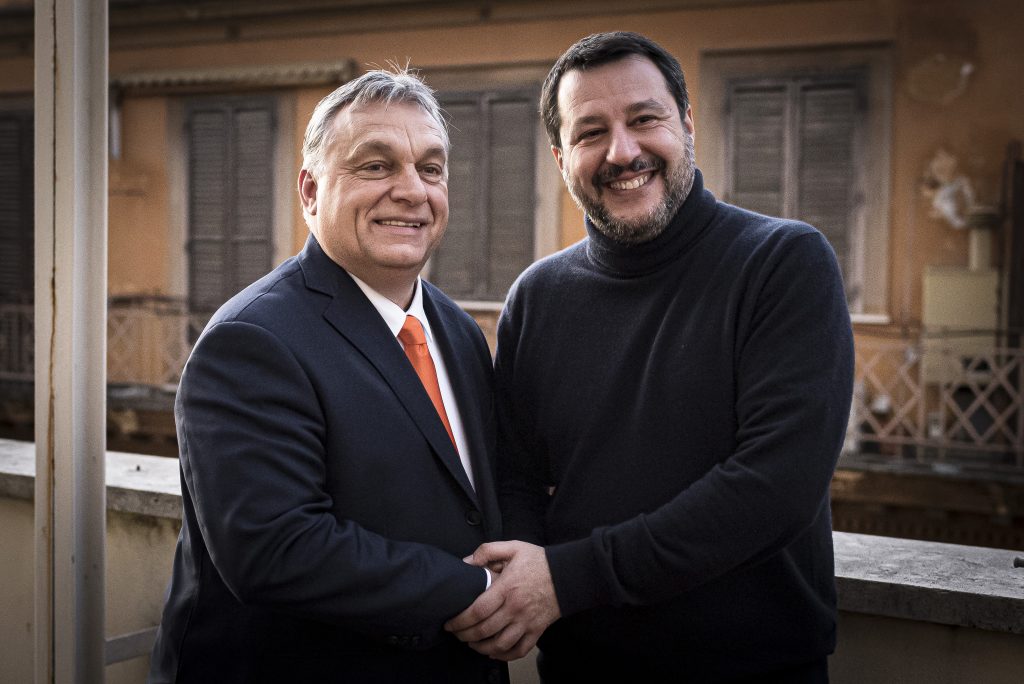 Italian daily Corriere della Sera also discussed Orbán’s trip to the country.  According to the paper, the Hungarian premier used this opportunity to further strengthen his “diplomatic network” and ties with his potential allies.

However, the situation remains tense, and the upcoming general elections in Ireland and Croatia will be decisive as the EPP could lose two of its prime ministers, the paper warns.

This could imply that Orbán is trying to bridge this conflict.