“It’s no sin to make a mistake!”—This quote, from LEGO’s former managing director Godtfred Kirk Christiansen, can be found in the magazine of the company’s Nyiregyháza factory. Christiansen’s personal leadership style encouraged workers to come up with their own ideas, even at the risk of making mistakes. 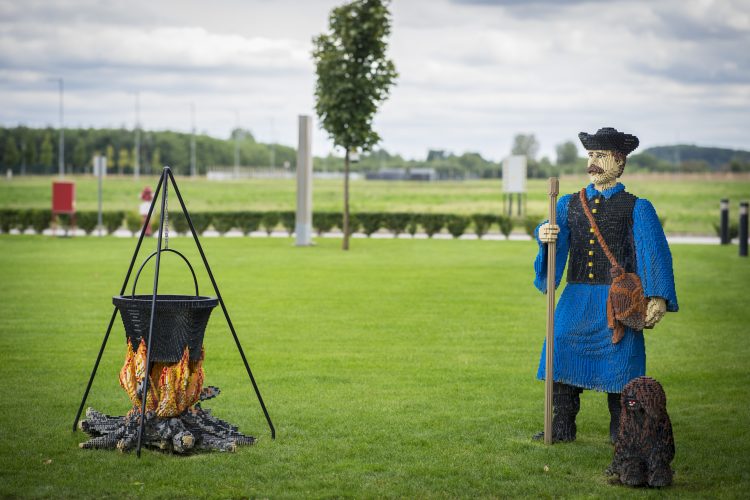 The company’s Hungarian factory, in Szabolcs-Szatmár-Bereg country, will be undergoing a 30 billion-forint (roughly 97 million euro) expansion, which received 4.4 billion forints (14.25 million euros) of funding from the Hungarian government, and which will, in the long term, increase the plant’s workforce by an additional 1600 people.

Construction on LEGO’s Hungarian complex, located in the eastern city of Nyiregyháza at 15 LEGO Street, began in 2012 in a 100-hectare grassy field. Two years later, in 2014, the plant was officially opened. With the factory’s completion, Hungary became the first country in the world to have a LEGO factory set up to be expanded over time.

At the same time, setting up shop in Nyiregyháza was not a completely new experience for the Danish company, since it had earlier worked with an injection molding plant in Sárvár, a city located near Hungary’s western border with Austria. At that time, LEGO’s plastic toys were being manufactured there by an American company called Flextronics. Eventually, however, LEGO decided to stop outsourcing this work to Flextronics, and to open a factory of its own in Hungary. Following major internal overhauls, LEGO chose to increase its presence in Hungary based on its positive experience with the country’s expert workers and the high-quality of their workmanship.

Another Brick in the Wall 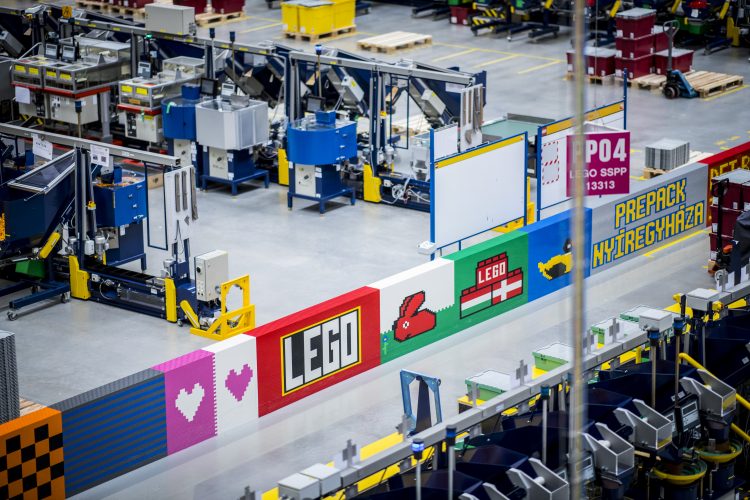 According to Loránt Siket, an employee in LEGO’s communications department, “When the factory was built, safety was one of our chief concerns. Considering that each day there are three shift changes, during which 6-800 people switch spots, we did our best to eliminate the possibility of accidents. One result of this is that we have no stairs, nor any crosswalks. We also set up a separate route for visitors and office workers, so that they don’t have to worry about avoiding production workers and machines.”

And, in fact, in the interest of avoiding accidents and being as effective as possible, not only is the path painted on the hallway floor, but the exact spot to place arriving crates is drawn out on the floor as well. Describing the factory’s operations, Siket explained that “first injection molding occurs. This is when the block itself comes into being; in the second stage, it is then decorated or put together. This is followed by the prepackaging stage, when products are placed in large packages, and then finally our work ends when the products are boxed. From here, the final product heads to our European logistical center, located near Prague, and from there it enters our distribution chain.

Siket also added that “at the moment, our factory is home to the region’s largest automatic warehouse system, which can store 80,000 palettes worth of goods. The warehouse is 37 meters tall, 150 meters long, and automatic cranes arrange the palettes within. 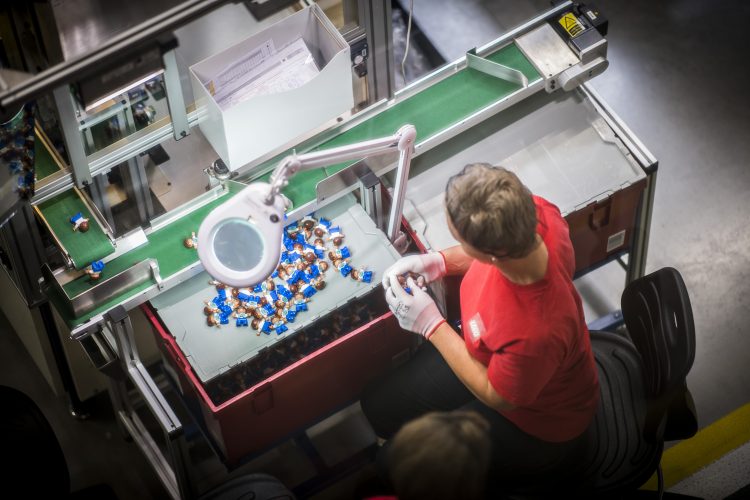 At the time of its construction, plans for the colossal building included a capability for modular expansion. And now, the company plans on making use of this capability, while also employing fewer workers than they have in the past. Discussing expansions plans and future layoffs, Siket said that “on September 5th, we announced that the company will be entering a workforce contraction phase following 12 years in which average growth was 15%. Since our growth is slowing, the results of our first half-year show a 5% drop in income…

For this reason, the LEGO group has come to a global decision, under which the company will lay off 1400 employees worldwide, beginning with office workers.

At the same time, however, Siket was quick to point out that these layoffs “will not affect our plans for territorial expansion.”

However, despite the fact that the company is committed to adding 1600 new jobs in Hungary, as of now it is currently laying off 70 of its Nyiregyháza-based-workers.

When asked about why Nyiregyháza in particular was chosen to be the location for LEGO’s Hungarian factory, Siket said that there were multiple factors that impacted this decision. Prominent among these was Hungary’s proximity to both Western and Eastern Europe, which is critical for the company’s strategic goals, as well as for its ability to quickly respond to shifts in demand. The Hungarian LEGO employee explained that

from this point of view, the Nyiregyháza factory is in a perfect location in the center of Europe,

“while at the same time Russia and the Near East are regions of rapid growth for us. In addition, our European logistical center is located in the Czech Republic, which can be quickly reached from here even by road.”

He added that, looking to the future, the Asian market will be a significant challenge for LEGO, as the company will have to deal with a lack of recognition in the region, as well as the danger of counterfeit products. 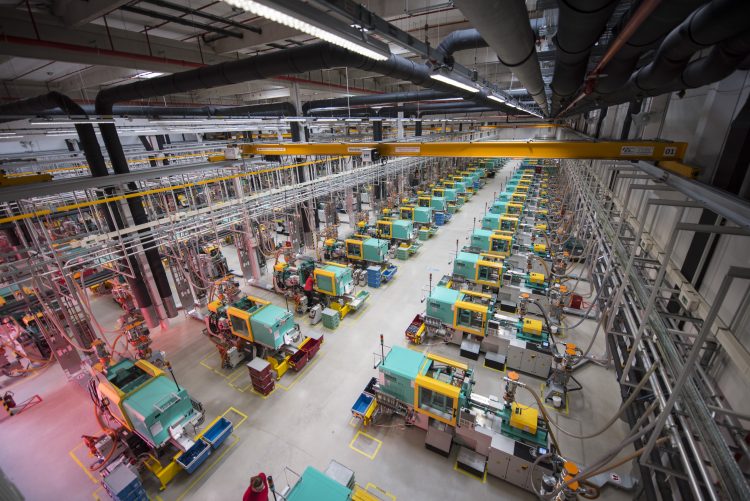 Walking above the factory floor, one can hear loud music playing above the assembly division. The plant seeks to toss a bit of excitement into the otherwise monotonous work with music. Seeing a factory working playing air-guitar to the music, one is reminded of the Lego Movie, where workers robotically work while singing along hilariously to a tune entitled ‘Everything is Awesome’ each and every day.

Despite such parallels, however, Siket feels that his company is “a decidedly attractive employer in the region. Within the eight-hour work day, the system of breaks and of employee benefits are well-regulated, and for this reason we are a well-respected place of employment. The factory also houses a fitness center, which workers can make use of outside of their working hours. Based on national surveys, we are the third-most-attractive workplace in Hungary, after Audi and Mercedes.”

A large proportion of the company’s workers come from the areas surrounding Nyiregyháza and Debrecen, and for this reason, the company has established free bus lines to bring workers to the plant.

Siket also mentioned the fact that LEGO’s product design team is located entirely in Denmark, where, unfortunately, there are no Hungarian designers on the team.

From the Factory to the Classroom 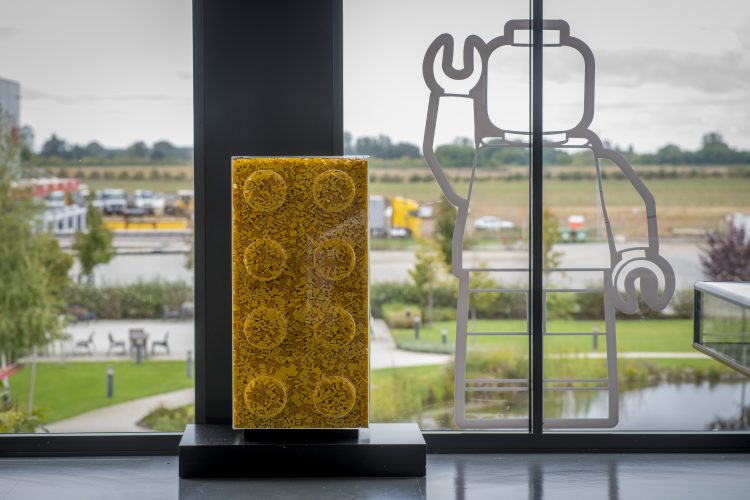 In addition to producing its toys in Hungary, the LEGO group also wants to leave its mark on the country’s education system. Siket explained that, “in the future, LEGO would like to provide tools to aid education. Just as in our childhood we had sticks or disks in math class, we have created a teaching method based on LEGO bricks, and in addition have assembled packages for this purpose. It is our view that, in schools where they have introduced these methods, students learn more effectively. Denmark places a great deal of importance on Danish design, which includes LEGO, which has a special place in Danish culture and society. In addition, Denmark doesn’t teach in a rigorous, ‘Prussian’ style, but rather emphasizes teaching based on experiences, which can be greatly helped by LEGO bricks.” 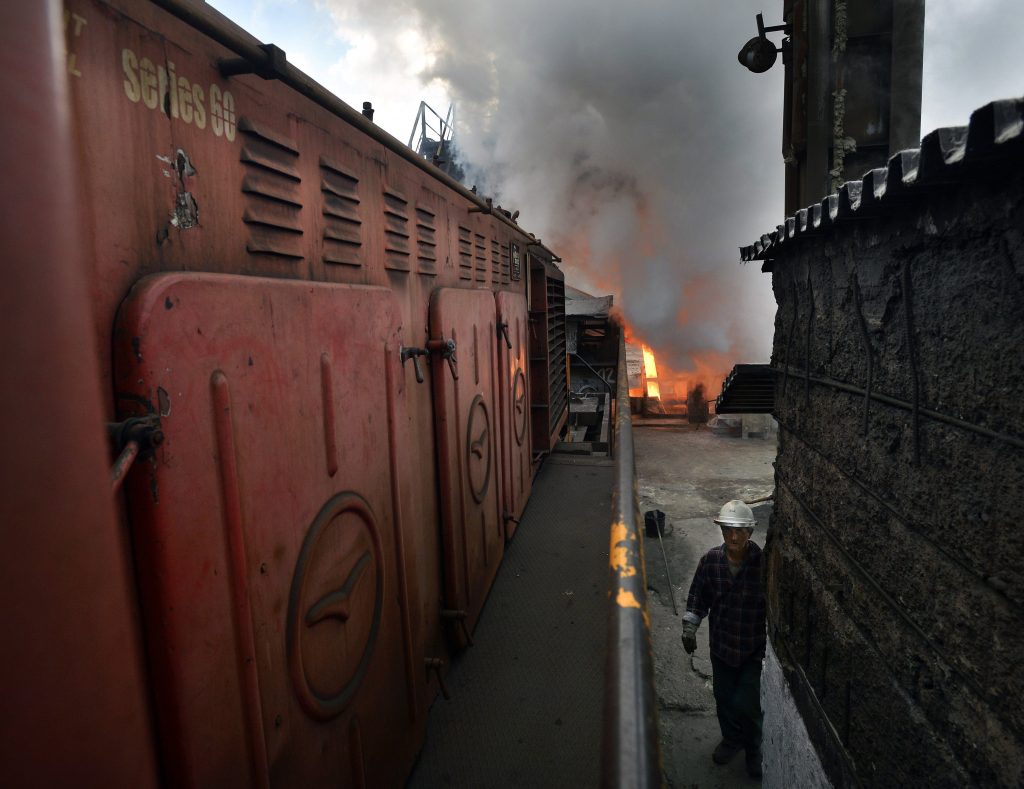 Worrying developments are gathering over Dunaújváros’ Dunaferr steel works, the most important employer and economic player of the city and surrounding areas. After production had slowed down, ISD Dunaferr Ltd. delayed employee salaries and terminated the collective agreement. In the latest turn, trade union leaders have been fired and barred from the premises. The steelworks, […]
Ábrahám Vass 2020.12.17. 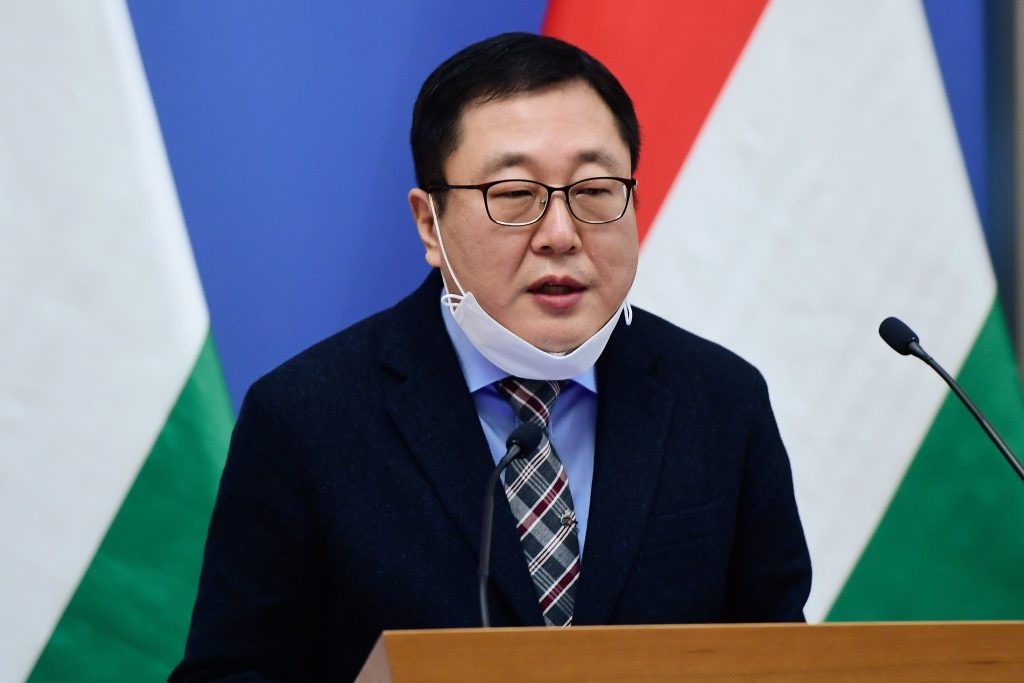 South Korea’s Iljin Materials will build a 3.8 billion forint (EUR 10.7) copper foil plant in Gödöllő, on the outskirts of the capital, to supply Samsung SDI’s growing local production capacity for electric vehicle batteries, Péter Szijjártó, the foreign affairs and trade minister, said on Monday. The government is supporting the construction of the plant, […]
MTI-Hungary Today 2020.12.14.