The British government’s application system, the so-called EU Settlement Scheme went live on March 30th. According to data published on July 31st, over one million people have since been granted settled or pre-settled status. Polish, Romanian, Italian and Portuguese citizens lead the number of successful applications.

According to estimations, about 3.2 million people from the UK’s 27 EU partners live in the country. The estimated number of Hungarians living in the UK is between 100,000-350,000.

EU citizens wishing to stay in the UK must apply for settled status by June 2021 in case of a Brexit deal. In the event of a “hard Brexit,” the deadline is, however, December 2020.

Under the UK’s EU Settlement Scheme, EU citizens are able to apply for Indefinite Leave to Remain (ILR), a.k.a. settled status, if they have lived in the UK for a continuous period of five years. Those who have not lived there for that amount of time will be granted pre-settled status (a.k.a. limited leave to remain) and can apply for the settled status when reaching 5 years of stay. 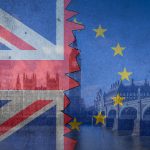 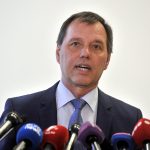