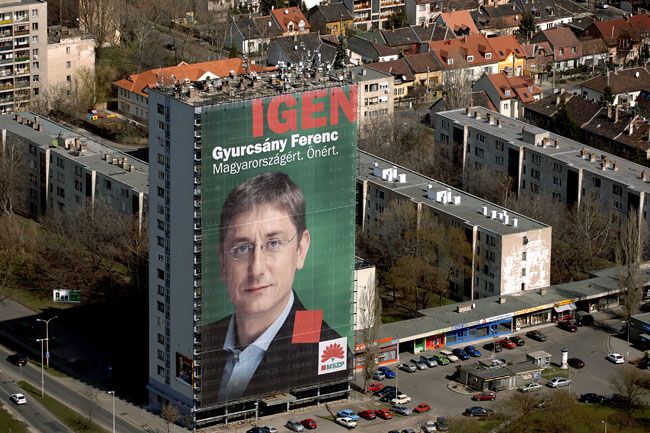 Although it seemed very unlikely that Hungary’s ruling Fidesz-KDNP alliance would have enough power in Parliament to tighten regulations on political billboard advertising, the Parliament has passed an amendment on Friday that serves exactly this purpose.

In fact, the ruling lawmakers replaced a law proposal that requires two-thirds majority with a new one that could have been passed by simple majority. The original bill „on the financing of political ad campaigns”, failed last week due to the lack of a two-thirds majority, but parts of the law were then approved with a simple majority. However, President János Áder returned the law to Parliament for reconsideration.

Today, the new amendment proposal „on the protection of cityscapes”, which only needed a simple majority to pass, was approved with 123 votes in favour and 68 against.

The amendments in the new law, that the lawmakers passed today, stipulate that organisations that receive direct or indirect budgetary support must pay the listed market price for political billboard adverts. Further, contracts on placing such adverts must be submitted to the relevant authority to be published on its website. The authority is charged with removing any ads placed unlawfully within two days. The amended legislation applies EU standard public procurement rules in the case of any negotiation over listed market prices for outdoor advertising. Under the law, a fine of 150,000 forints (EUR 485) will be levied for unlawful placement per billboard. The new regulation also covers ads placed on public transport vehicles.

The radical nationalist Jobbik party’s group leader told a news conference that Jobbik would turn to the Constitutional Court over the law, which he said was an attempt by the ruling Fidesz party to silence Jobbik’s election campaign. This kind of law which affects political parties and their financing normally requires a two-thirds majority to pass, János Volner noted, adding that Fidesz had resorted to legal trickery to pass the law with a simple majority. 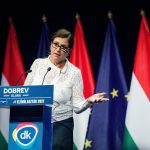