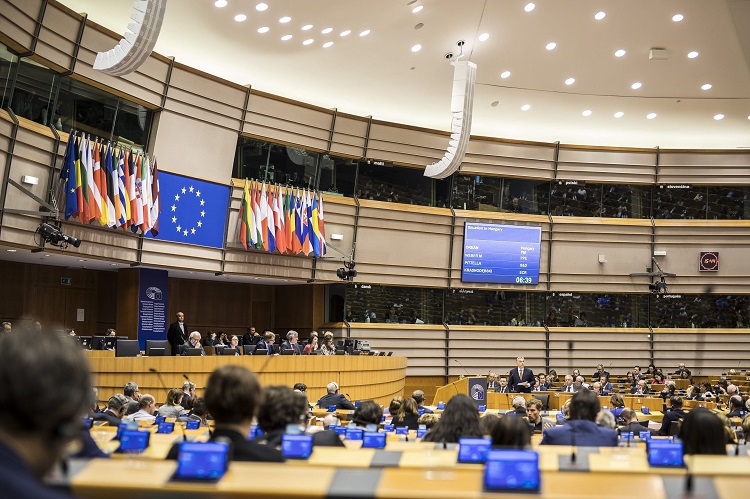 Today, the European Parliament (EP) passed a resolution calling on the European Union to launch Article 7 procedures against Hungary due to what MEPs see as “serious deterioration of rule of law and democracy” in the country.

This may ultimately lead to sanctions against Hungary.

This vote comes on the heels of a heated plenary session of the EP that addressed EU concerns regarding Hungary. In particular, European leaders have by concerned by the Orbán government’s controversial “Lex CEU” higher education amendments, which opponents say is designed to force the Central European University out of Hungary, and which has been seen as an attack on academic freedom.

Likewise, the ruling Fidesz-KDNP coalition’s “Stop Brussels!” campaign, and the ‘national consultation’ attached to it, have been described as being full of “factually incorrect or highly misleading” claims by EU leaders.

A further point of contention has been legislation that the Hungarian government has introduced to Parliament that targets NGOs that receive foreign funding.

The proposal was submitted by the Socialists and Democrats, ALDE liberals, the greens and the radical left EP groups. It was adopted by the European Parliament with 393 votes in favor, 221 opposed, and 64 abstaining.

MEPs are calling for the suspension or withdrawal of “controversial laws,” and likewise demand that Hungary’s EU funding be placed “under surveillance.

The resolution says the EC’s current approach to Hungary “focuses mainly on marginal, technical aspects of the legislation while ignoring the trends, patterns and combined effect of measures on the rule of law and fundamental rights; believes that infringement proceedings, in particular, have failed in most cases to lead to real changes and to address the situation more broadly.”

In its official press release, the European Parliament wrote that Members feel that

Recent developments in Hungary have led to a serious deterioration in the rule of law, democracy and fundamental rights which is testing the EU’s ability to defend its founding values.

Specifically, the resolution passed today by the European Parliament calls for:

The European People’s Party, the EP grouping to which Fidesz itself belongs, issued a “milder” resolution concerning the situation in Hungary. However, after the adoption of the left-wing groupings more “punitive” resolution, the Strasbourg plenary session did not vote on the EPP version.

Out of the EPP’s 216 MEPs, 67 supported the more stringent proposal while 40 abstained.

It is important to keep in mind, however, that this vote in and of itself does not trigger sanctions. Rather, a parliamentary committee will now review the resolution, and issue an opinion as to whether Article 7 is justified in this case.

The decision that a member state is in “clear risk” of a breach of EU values would then be determined by the European Council. The Council must adopt the decision by a four-fifths majority, which in turn would only lead to Article 7(2), when the Council must decide unanimously whether a member state is in breach of EU values. Only then can Article 7(3) be launched, which would trigger sanctions against Hungary. Practically speaking, then, this “nuclear option” is virtually impossible to put into effect.