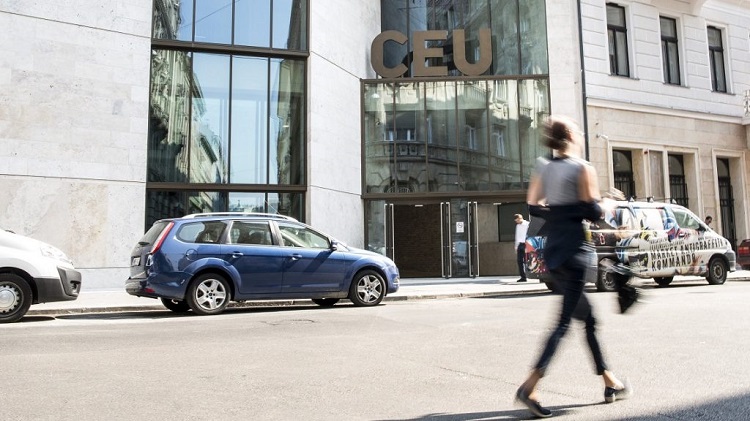 Today, Michael Ignatieff, rector and president of the Central European University, held a press conference at the university today where he announced that

CEU will continue operation in Budapest in the next academic year of 2017-2018.

This does not mean, however, that the “Lex CEU” controversy has come to an end; as Ignatieff himself was quick to emphasize, the law is still on the books, and the government continues to be unwilling to have discussions with CEU.

The government’s amendments to Hungary’s higher education law, passed in the beginning of April, were seen as deliberately targeting the Central European University, and came to be referred to as “Lex CEU.”

This legislation has, in turn triggered massive protests and international condemnation. Politicians, academic institutions, and researchers around the world have expressed their support for CEU and their condemnation of the Hungarian government’s actions; the list of CEU supporters stretches from Hungarian EU Commissioner and Fidesz member Tibor Navracsics, to the President of the Hungarian Academy of Sciences, to leaders at international universities like Princeton, Oxford, and Duke, to the US Department of State, to 17 Nobel prize winners and hundreds of prominent academics.

And, earlier, this month, the European Parliament passed a resolution calling on the European Union to launch Article 7 procedures against Hungary due to what Members (MEPs) see as “serious deterioration of rule of law and democracy” in the country. Among other things, the resolution calls on

the Hungarian Government to repeal laws tightening rules against asylum-seekers and non-governmental organizations, and to reach an agreement with the US authorities, making it possible for Central European University to remain in Budapest as a free institution.

In today’s press conference, Rector Ignatieff stressed the tenuous and uncertain nature of the “Lex CEU” situation, which he described as a “premeditated political attack serving an agenda that has nothing to do with us.”

Ignatieff pointed out that, as the law currently stands, CEU will not be able to accept new students for the 2018-19 academic year, which he described as a “very serious” attack on academic freedom. He emphasized the fact that, in his words,

We will not close.

A university must have students to exist, Ignatieff said, explaining that the law as it currently stands would force CEU to leave Hungary.

He described the “Lex CEU” as “a really bad bill,” adding that “it damages Hungarian higher education, [and] it damages the international academic prestige of some great institutions.”

And, responding to claims by Fidesz politicians like Prime Minister Viktor Orbán that CEU is somehow getting preferential treatment due its ability to award both US and Hungarian degrees without a campus in the US, Ignatieff pointed out that

We are not an exception. There are nearly 30 American institutions operating in foreign countries that do not have campuses in the United States.

Regarding any possible meetings and agreements between Cuomo and Hungary’s official negotiator Kristóf Altusz, Ignatieff said that he was hopeful, but that this “optimism is cautious and measured.”

Considering that Governor Cuomo has publicly expressed his willingness to negotiate over CEU, the university’s rector said that “the ball is in the Hungarian government’s court.”

We don’t have time to wait…we have a university to run.