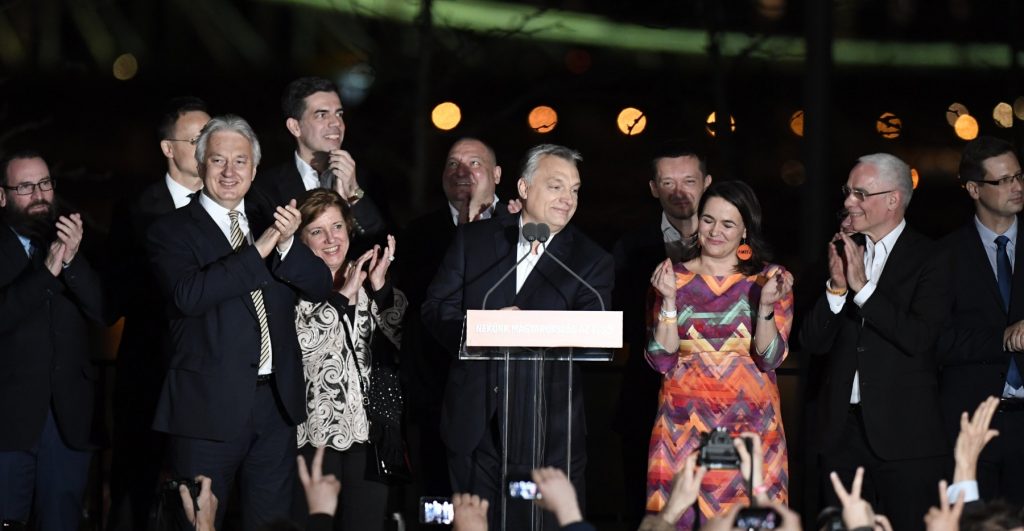 Voting began at 7 o’clock this morning, and continued over the course of the day until polls closed at 7pm CET. With 98.5% of votes counted, Fidesz-KDNP is on track to win 133 seats in Hungary’s 199-member parliament, in what has amounted to a crushing blow to the country’s numerous opposition parties. 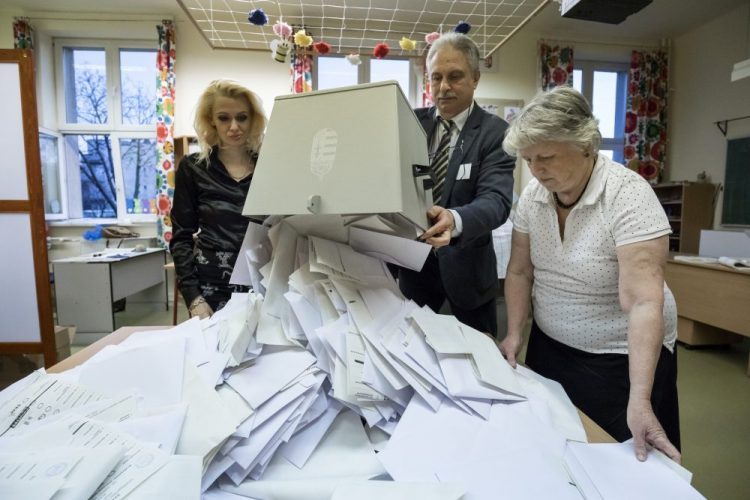 Trailing behind are the formerly far-right Jobbik, with 26 projected seats, MSZP-Párbeszéd, with 20, former PM Ferenc Gyurcsány’s Democratic Coalition (DK) with 9, and the green party LMP (Politics Can Be Different) with 8. Three remaining parliamentary seats are set to be filled by a member of Együtt (Together), an independent candidate, and the National Self-Government of Germans in Hungary respectively.

Fidesz won 48.51% of the country’s national list votes, garnering it 42 seats, and in addition won an astounding 91 of 106 individual districts as well.

Speaking to his supporters from a watch party held in Budapest’s Bálna event center, Orbán claimed that his win was the conclusion of a “great battle” for Hungary’s future, and that he and his supporters had “defended” the country.

Hungary’s opposition parties have reacted with obvious disappointment and dismay at the day’s election results, with several party leaders and prime ministerial candidates announcing their resignations in response to the day’s disappointment.

Despite the fact that his party had won the second-highest number of parliamentary seats, Jobbik PM candidate Gábor Vona expressed his disappointment with the day’s results, and announced his resignation as party leader. 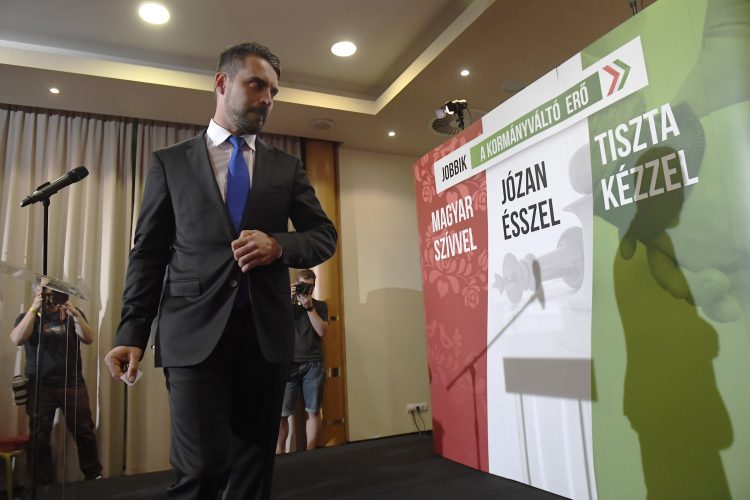 Jobbik leader Gábor Vona at a press conference where he announced his resignation as party leader (Photo: MTI – Tamás Kovács)

Thanking supporters, Gergely Karácsony, PM candidate of the left-wing MSZP-Párbeszéd alliance, also expressed his dismay at the election’s outcome. Analyzing the situation, the liberal politician argued that the Hungarian left “must be rebuilt from the ground up”.

In addition, MSZP’s national board has tendered its resignation in light of the result of Hungary’s general election, Gyula Molnar, the party’s leader, announced. Molnar said the party acknowledged the will of the voters and considered themselves responsible for the outcome of the election. 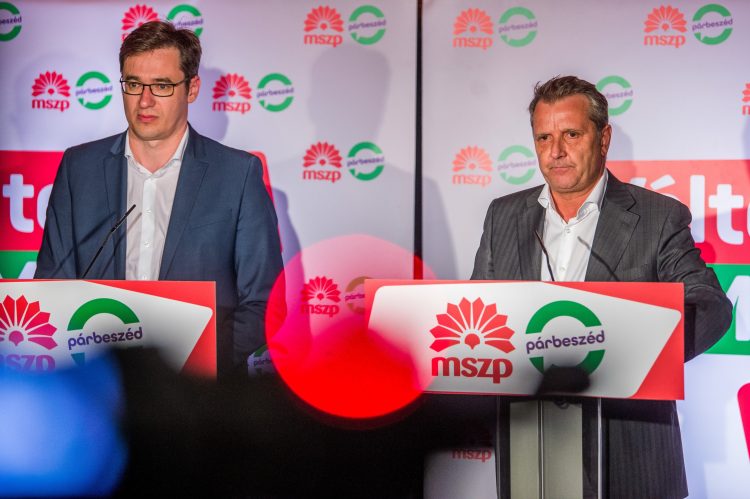 While acknowledging Fidesz’s victory at a press conference, LMP leader Bernadett Szél emphasized that “this does not mean that we will give up the fight.”

Szél, who is also the party’s co-leader, insisted that it was not the party’s programme that should be changed in light of the result that handed Fidesz a resounding victory, “but rather the way it is communicated to voters”. 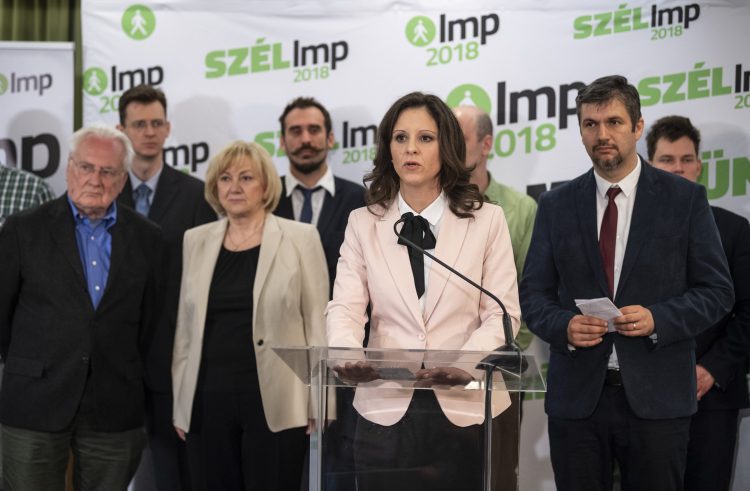 “We have achieved a better result than four years ago,” she said, vowing to fight “twice as hard for Hungary”.

In addition, Akos Hadhazy announced his resignation as the party’s co-leader.

Ferenc Gyurcsany, leader of the Democratic Coalition (DK), said after Fidesz’s resounding victory that the election had brought about a defeat for a “European, open Hungary”. He said he had been “more optimistic” early in the evening but now “the only open question is whether Fidesz will secure a two-thirds majority” after all votes have been counted. 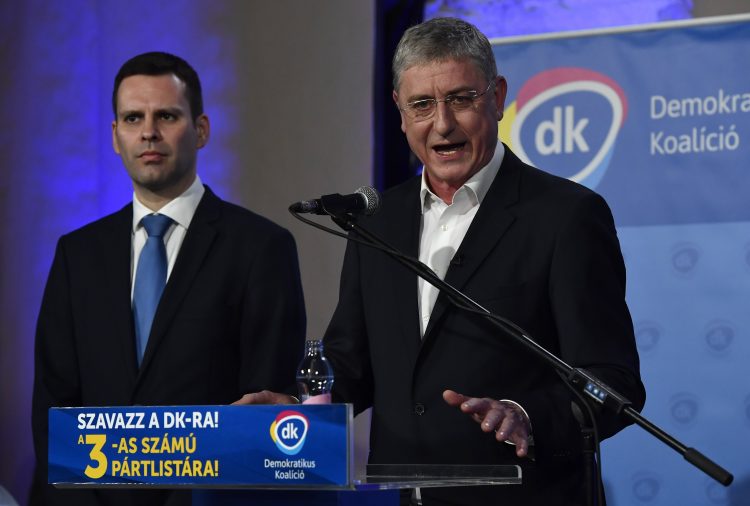 An “unbridled” Fidesz with a two-thirds majority would continue to pursue a policy of “unbounded aggression and inhumanity”, he said, adding, however, that he was pleased DK had managed to secure an independent group in parliament for the first time and that it had doubled the number of its seats.

One of the most important factors in today’s vote was a record-breaking voter turnout. Approximately 69% of voters participated in the elections, nearly eight percentage-points higher than the last parliamentary elections of four years ago, and the highest since 2002, when the first Orbán government was defeated by MSZP.

Today’s election marks the end of a long, extremely negative campaign season. Over the course of the few years (and particularly in the months leading up to the election), Orbán and his Fidesz allies grew increasingly strident in their political campaigns attacking migrants, Muslims, the European Union, the United Nations, and, of course, Hungarian-American billionaire George Soros. 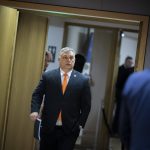