A heroic bus driver chased away a thief who was trying to snatch an elderly woman’s bag on the street in Miskolc last Friday. Police have already identified and arrested the man suspected of the crime.

When a bus driver who was driving by the Újgyőr market in Miskolc noticed an elderly woman with a cane was being attacked in an attempt to steal her bag, he immediately stopped the vehicle to jump out and hurry to her aid.

The 27-year-old local thief did not have much luck, as the driver had previously served in Iraq, and his crime was also recorded by the on-board cameras of the bus.

After the brave bus driver chased away the attacker, the victim boarded the bus, which continued on its route. Meanwhile, the thief then disappeared. Fortunately, the elderly woman was not injured, but was very shaken up.

Soon after, police identified and arrested the man suspected of the crime and brought up charges against him. 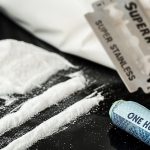 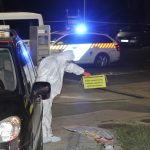