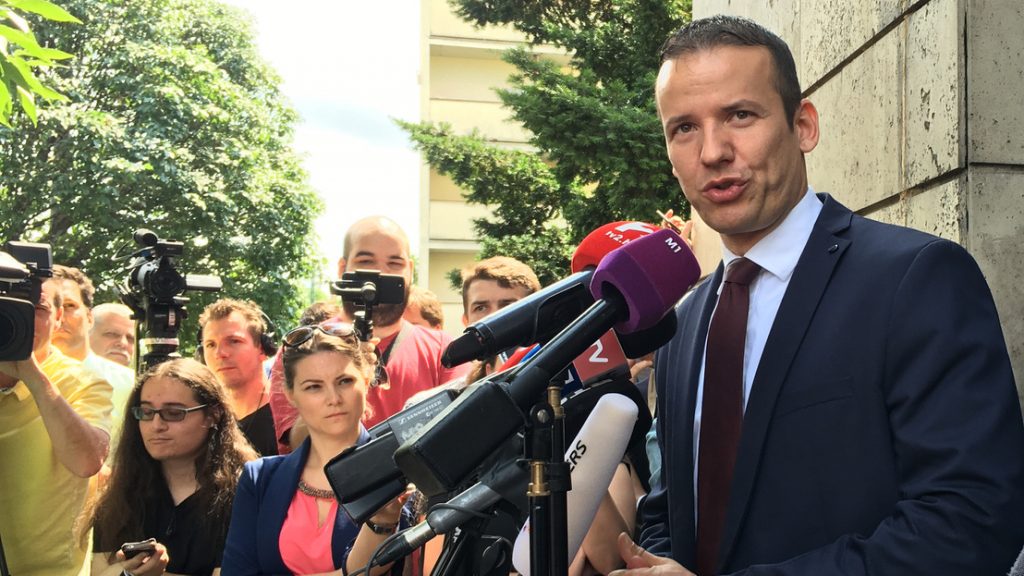 The Hungarian political scene was enriched by a brand new far-right party, despite the fact that the country already has had several movements in this arena. The Mi hazánk mozgalom (Our Homeland Movement) is mainly formed by ex-Jobbik members, who were disappointed with the new path of the party and “want to go back to its radical roots”.

Dóra Duró, one of the founders of the Mi hazánk mozgalom summarized the newly formed party’s core values by stating that, “Instead of the confusing Rainbow flag, we want the Hungarian tricolor”. Duró served as a Jobbik MP and famous face for the last two parliamentary periods. Her statement was strengthened by László Toroczkai who proclaimed that Hungary should remain a “white island” in Europe.

The two leaders have one thing in common, being that they were expelled from Jobbik after Toroczkai unsuccessfully attempted to take the party’s chairmanship. Toroczkai, after his faulire, attempted to set up a platform within the party to “return the party to the ideology laid out in its founding deed.” Dúró was asked to return her mandate last month as she had joined the platform set up by Toroczkai.

Due to Duro’s husband, Előd Novak, leaving the party at the beginning of the era known as néppártosodás (aiming for center-right voters, instead of radicals),  Duro had already suffered lack of confidence in the party. Along with Novak, many prominent radical leaders have suspended their memberships or felt they were being repressed by the new wave of Jobbik.

The new movement foundation was held in Toroczai’s Ásothalom, a village next to the Serbian border. The far-right politician was already  known nation wide by his activities in movements such  as Hatvanégy Vármágye (referring to the Greater Hungary’s 64 counties) and his major role in the 2006 protests. Although, he earned a “serious politician” image in the radical right at the beginning of the migrant crisis.

The Mi hazánk mozgalom would highlight issues such as migration, the aging population and the easing of tensions between the Hungarian and Roma people. Toroczkai thinks the popularity of Fidesz is mainly the result of the wall on the border next to his village, and he claims to have thought of building a border fence before the Fidesz.

I am an unorthodox politician – he said to the Hvg.hu after the political rally. He also claims that he would have left the party if the Jobbik would have won the election, and would have rejected participating in a coalition with LMP and Ferenc Gyurcsany.