This past weekend, Brain Bar, ‘Europe’s biggest festival on the future’ was organised for the fourth time in Budapest, this time at a new venue, the Corvinus University, between 31 May and 2 June. The event welcomed more than 10,000 people during these three days, including 2000 students, who could visit free of admission fees.

Brain Bar brings together the brightest minds from the fields of science, technology, business, the arts, design and media to discuss what’s to come. The whole event is like a big, three-day long TED-talk event, with really interesting topics and debates. This year, the event featured a really strong line-up, with talks investigating the future of critical human topics that our society is most interested about, including AI, crypto-currency and migration. 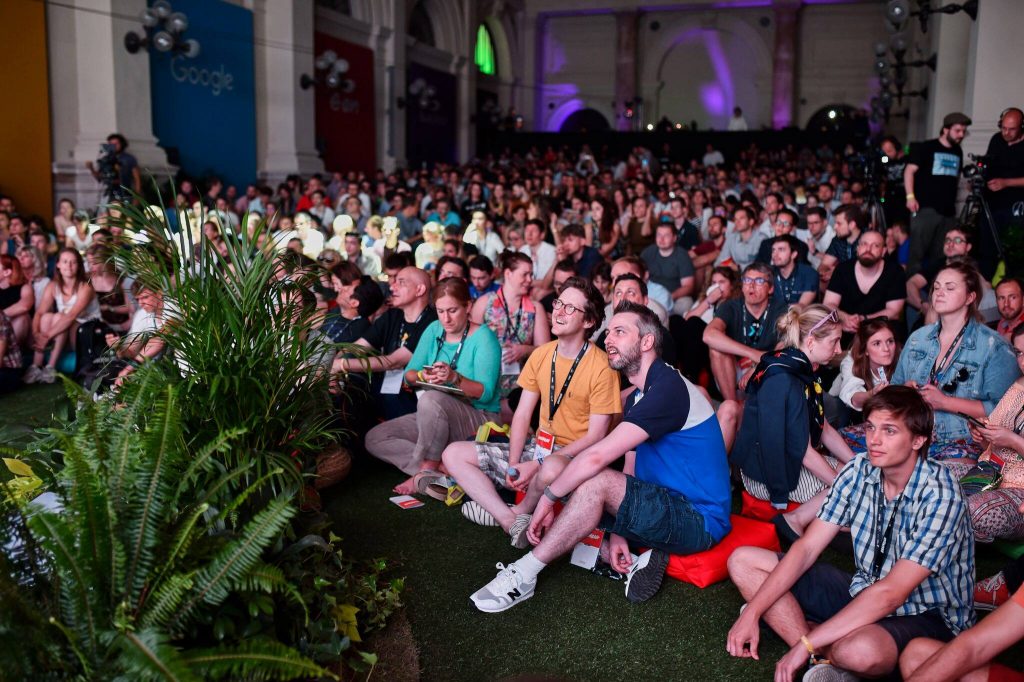 An EU Commissioner, a Google Executive, and a Robot Walk into a Bar…

EU Commissioner Margrethe Vestager has been described by the Economist as ‘the rich world’s most powerful trustbuster’, and as one of the 100 most influential people in 2017 by Time Magazine: she was the one responsible for bringing brought charges against Google and initiating investigations against tech giants like Amazon and Apple. She opened the event by talking about what is happening to our data in the hands of big tech companies, new rules in data protection, how Microsoft wants to apply these rules beyond Europe as well, and how can technology go wrong. A bit ironically, when she talked about the downsides of technology a drone flew over her, making it hard to understand her speech. 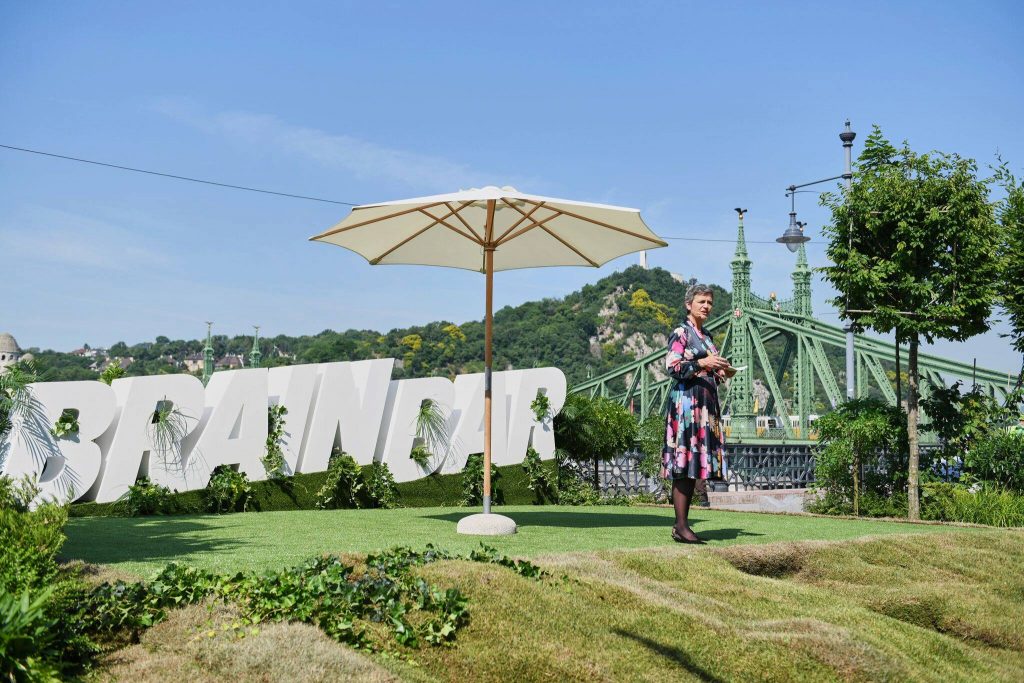 Jacqueline Fuller, Vice President of Google, talked about tech in service of social good, and how much the world needs diversity in  tech in order to be able to tackle social injustice and help others with their own experiences and ideas. 3 Michelin star chef Massimo Bottura talked about his soup kitchen, his fight against hunger, food waste, and social exclusion with his nonprofit association, Food for Soul. In his talk, he argued that wasted ingredients should feed the poor and homeless in community kitchens rather than being thrown out.

At Brain Bar, the audience is encouraged to communicate directly with the speakers, so at the end of some presentation and debates, students, who applied with 1-minute videos to be the “chosen ones” could ask questions and challenge the speakers on stage, while during some talks, the audience could vote with an app which side they agreed with most. These debates featured the most controversial topics of recent years, including the migration crisis, nation states and globalism, as well as socialism in the age of millennials. 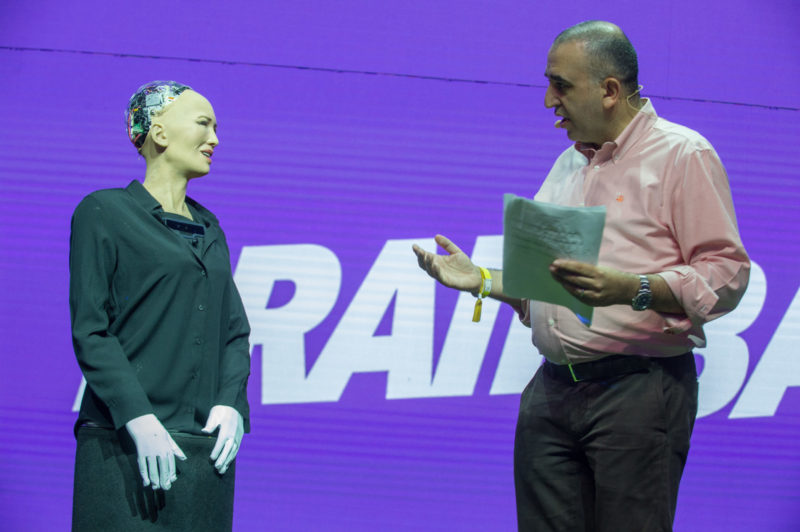 Probably the most anticipated speaker and greatest sensation this year was Sophia the humanoid robot, the most advanced creation of Hanson Robotics, whose face and expressions were modelled on Audrey Hepburn. She has already given a lot of interviews, starred in talk-shows and received Saudi citizenship, which means that as a robot she has more rights than some women in the world. A couple of years ago, she shocked the world by saying she would destroy humanity. This time, she said she would sacrifice herself to rescue a human, as she is designed as a community robot to help people. Although she identifies as a woman, she thinks that gender is a concept generated by society. At the end, some people from the audience had the chance to ask her some questions. Twice, she failed to answer at all, and in general had a lengthy reaction time, but she told the audience that she has no consciousness and cognitive abilities. Although it is still easy to distinguish her from humans, according to her developers, soon, it will be impossible to tell if you are talking to robots or people, which seems to be a somewhat scary vision for Westworld viewers.

While the event had some extremely exciting talks, then, there were some minor negative impressions: the presentations and debates usually started late, which was not communicated to the participants by the organizers. The most exciting or most anticipated conversations were difficult to get into, and sometimes they were shorter than previously advertised.

I would also mention the location as a negative. Although Corvinus University seems to be a spacious place, the event was  unfortunately as fragmented as in previous years. The capacity of the Great Hall – this was mostly noticeable with the most anticipated performances that garnered greater interest – was not well-suited for the size of the audience, and there was a lack of space on other sites as well. It was difficult to talk to performers or even acquaintances, as there was a lack of a bigger community space where people could gather and discuss what they had heard. Several performers attracted a small army after the show, such as the 3 Michelin star chef, Massimo Bottura, who found himself swarmed by members of the Hungarian gastronomic world; these mobs made moving around the already cramped spaces of the event even more complicated. 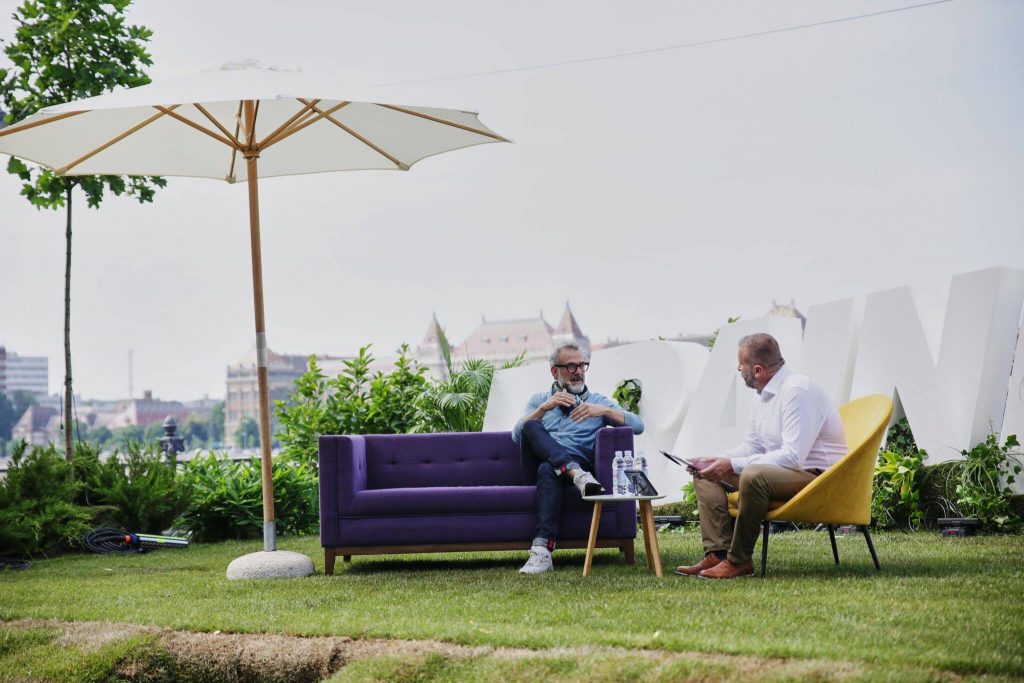 Brain Bar is also quite expensive: if you are not a student, or did manage to receive a free ticket some other way, the whole event cost almost 75,000 forints (EUR 235) while the daily ticket cost 50,000 forints (EUR 156). A workshop session, a unique opportunity to work together with Brain Bar masterminds, could be had in exchange for “just” 600 euros. However, the setup was amazing and stylish, with plants and screens everywhere: you could feel that “Europe’s largest festival of futurism” is a really serious event.

Correction – The tickets to the whole event cost 43,000 forints (EUR 135) not 75,000 forints (EUR 235) as the article mentioned. It was also possible to buy early bird tickets in a cheaper price for 28,000 forints (EUR 88). Hungary Today is committed to correcting errors that appear in the newspaper, please share your detection. 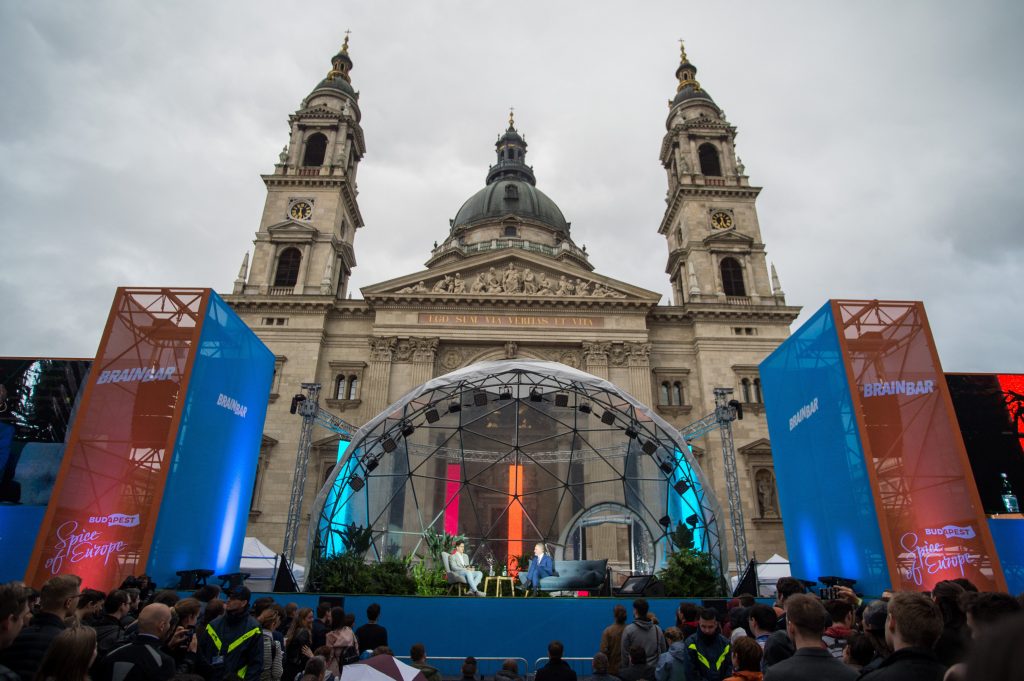 Renowned scientists, philosophers, public figures, and politicians will explore themes such as innovation, robotics, artificial intelligence, and new technologies at this year’s Brain Bar Festival held in Budapest on Sept 9-10, Europe’s largest festival on future, the organizers said. The event in Millenáris Park will feature speakers such as Japanese star architect Sou Fujimoto, the […]
MTI-Hungary Today 2021.09.09. 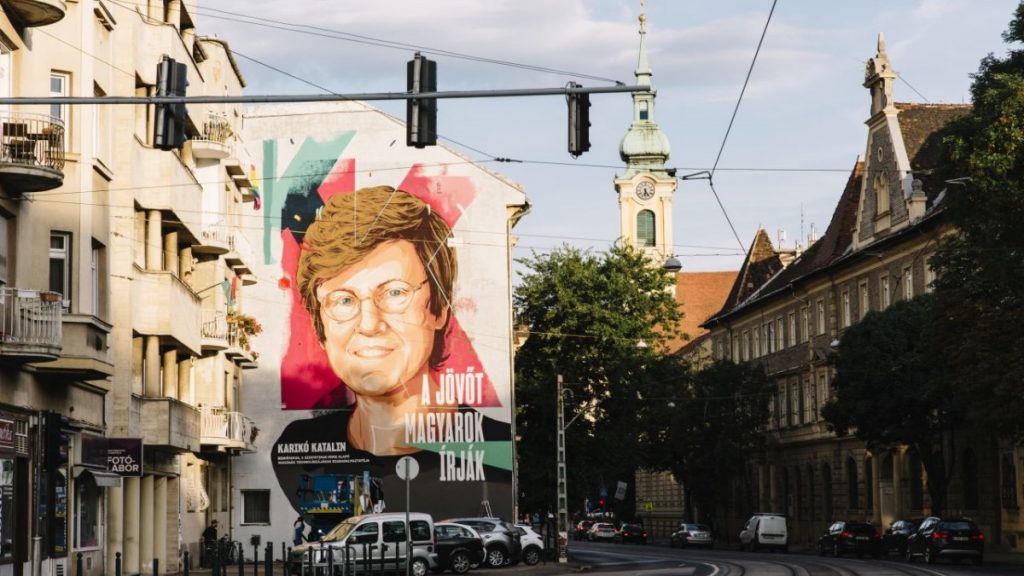 Mural in Tribute to mRNA Pioneer Karikó Completed in Budapest

A 220 square-meter mural paying tribute to Hungarian-American biochemist Katalin Karikó, who played a key role in the development of the mRNA Covid vaccines, has been completed. Next to Karikó’s portrait the motto says “The future is written by Hungarians.” Future festival Brain Bar’s organizers came up with the idea for the mural. The artwork […]
Ábrahám Vass 2021.08.31.