Bouquet Of Emotional Associations From The Four Corners Of The World

Have you ever asked a foreigner about his associations on your country of origin, your people, your language spoken and the culture you were raised by? Have you ever wondered what could be the very first thing to appear on the horizon in mind of a complete stranger when it is your homeland which is mentioned? Based on some previous experiences that remind of themselves, in most of the cases, it is a rather surprising image which crops up while we are about to answer such a simple question as:

“Where do you come from?”

The query with its various interpretations is statistically the second or the third thing to be asked when introducing or being introduced to a new person. When participating on Erasmus, (program which enables international mobility to university students and provides them with the chance to study between three and twelve months in another European country), believe it or not, but this question is one of those always successfully working ice braking points one will be collapsing with every single day. Once, when being an Erasmus student myself, we were attending an event held in Erasmus quarter of Lisboa where one of the eye-catching signs said: “Erasmus isn’t a year in your life but your life in a year.” I remember the moment it made us smile, after exchanging looks with my friends (other Erasmus mates), we took a photo of the sign. Few years have already passed since then, but I am certain, most of us still have this photo saved on our phones and are glancing at it from time to time (me for example). From this very particular phrase, one can imagine how many new people are met by living a lifetime in a year…

First associations aroused can be both: so called stereotypes or perhaps real facts about the country known overseas. When moving abroad for Erasmus exchange program, each should be prepared to have stereotypes of the host culture torn apart and dispelled into the trashcan of life. This is great for getting rid of those stereotypes like “All Americans are assertive, open-minded, straight-forward, all of them (no exception here) are fast food eaters. Germans are always precisely on time and they can’t live without endless rules, drink bear all day. Russian and Polish people’s preference of vodka to tea starts from early morning. Moreover, Russians are big spenders, love their “babushka” and the last Czar. Going on with the stereotype that all Italians spend 24 hours in gym, working building their muscles, share households with their mothers till late 30s and all being food fanatics. Portuguese people, apparently, are – bull fighters, port wine drinkers and very nostalgic. Spaniards are always late and they look like Antonio Banderas, while French all wear hooped shirts, berets and carry garlic and onions around their neck and the list can go on forever…”

A great inherent responsibility of the following article comes along with a somewhat pioneer type of material generation which includes interviews with the students, – current participants of Erasmus program in Hungary. The country with its special focus placed on the capital city of Budapest, keeps welcoming and hosting more and more exchange students from the four corners of the world. 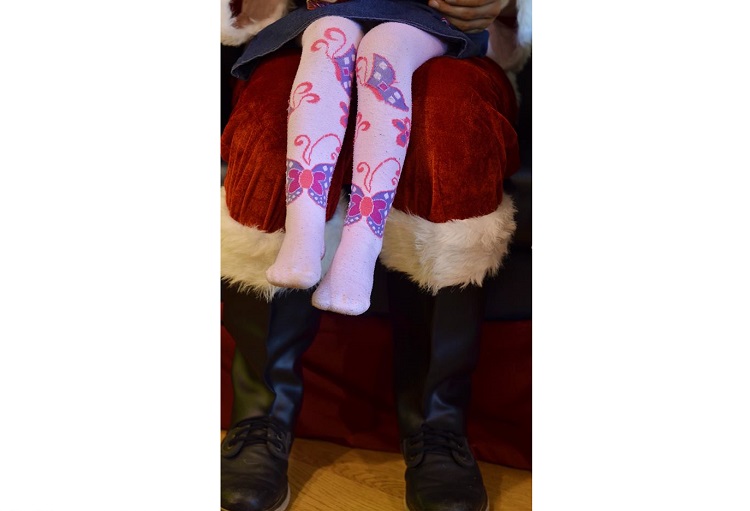 Kondrateva Evgenia – resident of Russia, student from Haaga-Helia University in Finland, was one of the first to share her opinion with me. Her associations for the moment of speaking were: beautiful city of Budapest, palinka and, of course, intense and crazy nightlife of international students. Before her mobility program it was only paprika and the image of the Parliament building.

Kabyl Yernar, a student from Kazakhstan, currently graduating from Budapest Business School (BGE) noted that the Parliament House with the beautiful Danube Promenade and palinka are the ones in his association with the topic. Puskas Ferenc, Nomadic Origin of Hungarians – used to be carried in his mind before.

Let’s see what Dutch students said about their pop ups on Hungary. Marie-Louise van Bueren, who came to Budapest from Fontys University of Applied Sciences talks about the country as the place of kurtoskalacs (сhimney cake) and thermal baths. She remembers thinking of Hungary as a part of Eastern Europe, homeland to Sziget festival and a former communistic nation a long time ago.

Charlotte Leune – another student from the Netherlands, undergraduate of The Hague University of Applied Sciences also took part in helping me out to understand the variety of existing associations. Three things related to Hungary and Budapest for her were: “It is an affordable country, large and beautiful, with its amazing nightlife vibes, ruin pubs and baths. The other aspect I used to associate with Hungary was lower level of education, which sadly was supported by the experience at the Hungarian University I attended. You can cheat at almost every exam which is impossible in the Netherlands.”

An exchange student from Slovakia added his thoughts too: “Due to the fact of coming from a neighboring country, I used to be visiting such cities as Nyiregyhaza, Miskolc and Debrecen very often. This is where the following stereotype of mine originates from.  I could note hair gel being used in extremely big amounts by my pier group of male students (only guys for some reason). This eventually made me think of it as being a very Hungarian thing. Though, by studying in Budapest, I couldn’t notice this tendency here.”

Three things collated with Hungary for a Portuguese student – Maria Madalena Goes University of ESHTE after doing her four-month exchange in Budapest, were the next: Old Empire, Goulash, Danube river. Before her time spent in Budapest she realized it was rather a strong cultural past, very difficult language and the fact of being a cheap place to live.

There were two French participants providing us with their answers. Alexia Gesvret, from Rouen France, Université du Havre expressed herself by making it straight to the point: “Beautiful sites, fun events and amazing people.”

“My name is Antoine Kozel, I’m an Erasmus student from France, University of Le Havre and I associate Hungary with: cold, tourism and power of purchase.”

Fesenko Oleksandra – Ukrainian student coming from Dnipro Chemical Technology University said: “A very nice city of Budapest with a big number of bars and cafes, country with its unbelievably hard language. Associations in my head before starting my exchange program were: the photo of the Parliament building, paprika and the delicious local marzipan.”

Followed by Jesús Ángel Prieto Villar – student originating from Dominican Republic/ Spain, Universidad de Oviedo. Jesus stated his associations to be: “Amazing natural and urban landscapes, plenty of activities on offer as well as places to discover, parties to attend on a daily base. Therefore, before coming to Budapest these were the related to Hungary things in my head: extremely cold and all the food was somehow associated with soups.” 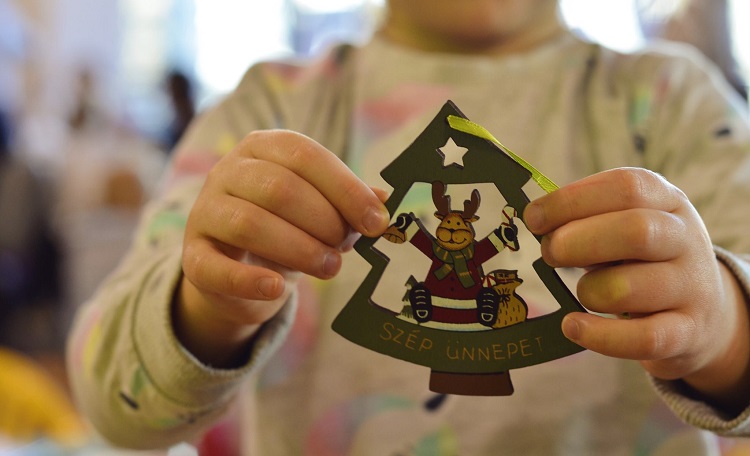 While talking to another student, the process of overgoing through some inside struggles about sharing or not on her visions with us, was rather noticeable. Eventually, a quite entertaining stereotype was shared by an exchange student: ”…Once, when being a kid, I was spending my summer vacation in a youth summer camp next to Debrecen. Sunbathing at a beautiful lake with its peaceful surrounding, came along with attending a fantastic flower festival (always held in the city of Debrecen in the month of August).  As now, I remember, that the combination of natural beauty with big amount of activities the camp offered was brilliant and highly enjoyed by us. However, one thing got stuck in my head. After arriving home, I announced to my parents of my willingness of not seeing or eating potato for the duration of my lifetime! Back then, a simple conclusion was made by a ten-year-old me: all Hungarian food includes potato! Smashed, boiled, baked or fried, with paprika or without, with eggs or in a form of a stew! The camp meal throughout a month stay would consist of the endless variety of such beloved and honored vegetable! Now I understand, that the gained stereotype on Hungarian cuisine, luckily turned out to be far from reality and was, of course, nothing else but the result of the financial management decision on a campsite. Adding to it, I have to confess about my severe love to Turó Rudi, which became one of main reasons of my coming here.” – Smiling –

An Erasmus student from Poland shared some remarks related to her association which she claims to be approved by real experiences. “I find it surprising to see Hungarian girls wearing white converse shoes and leather spring jackets throughout the year. Would it be cold or hot – many female students from my university tend to stay loyal to the brand and clothing species chosen from their spring wardrobe.”

Patriotism being rather a strong characteristic for Hungarians was mentioned more than once during the conducted interviews. Due to the words of Alexandra Bernes: “Hungarians I have met, love their country, they are proud of their mother language, (never forgetting to mention the fact that it is considered as one of the most difficult languages in the world). Moreover, history knowledge is usually very extended and impressive too, making these associations being really positive to me!”

By having this article coming to an end, I promise you, our dear readers, to be meeting our Erasmus friends in the next upcoming pieces very soon! But for now, let me wish you Merry Christmas and Happy New Year’s whenever it is Santa Clause, Дед Мороз, Télapó or Père Noël you are about to be receiving your presents from! 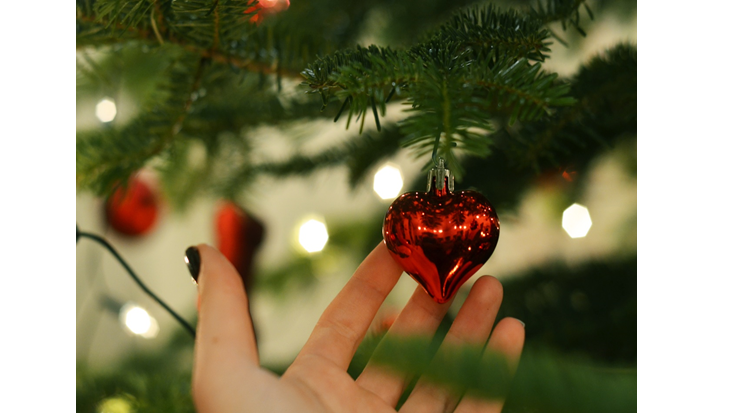 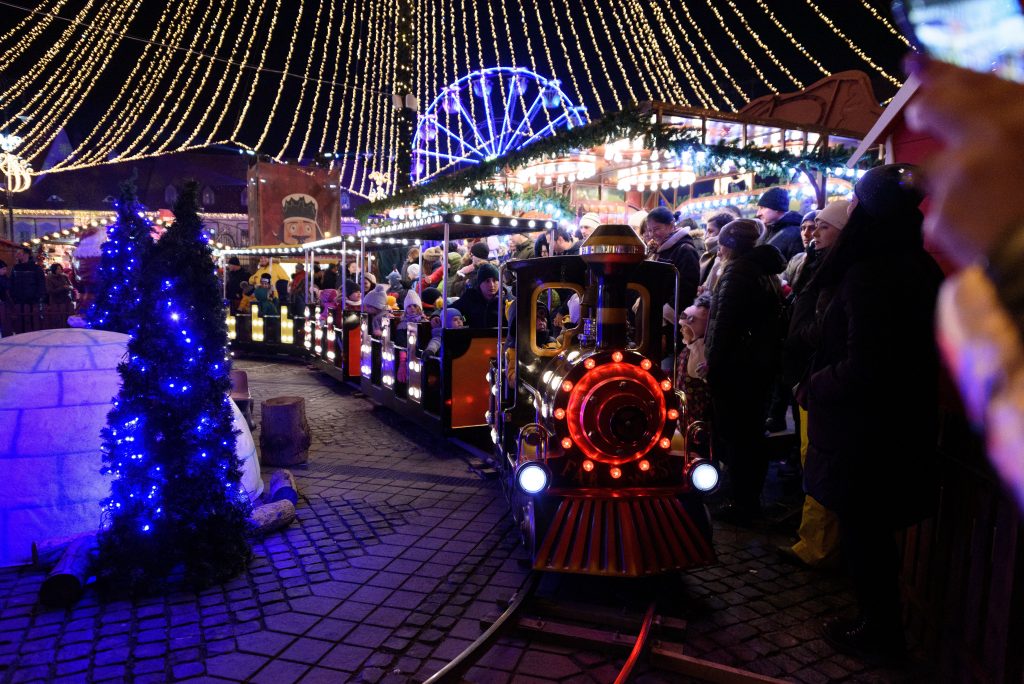 Although in many European countries Christmas markets have been canceled due to the epidemic, the Advent markets in Hungary have opened. In Budapest, the markets in Vörösmarty Square and in front of the Basilica have been open for a week; however, one may visit these only with a vaccination certificate. The Christmas markets await visitors […]
Hungary Today 2021.11.26. 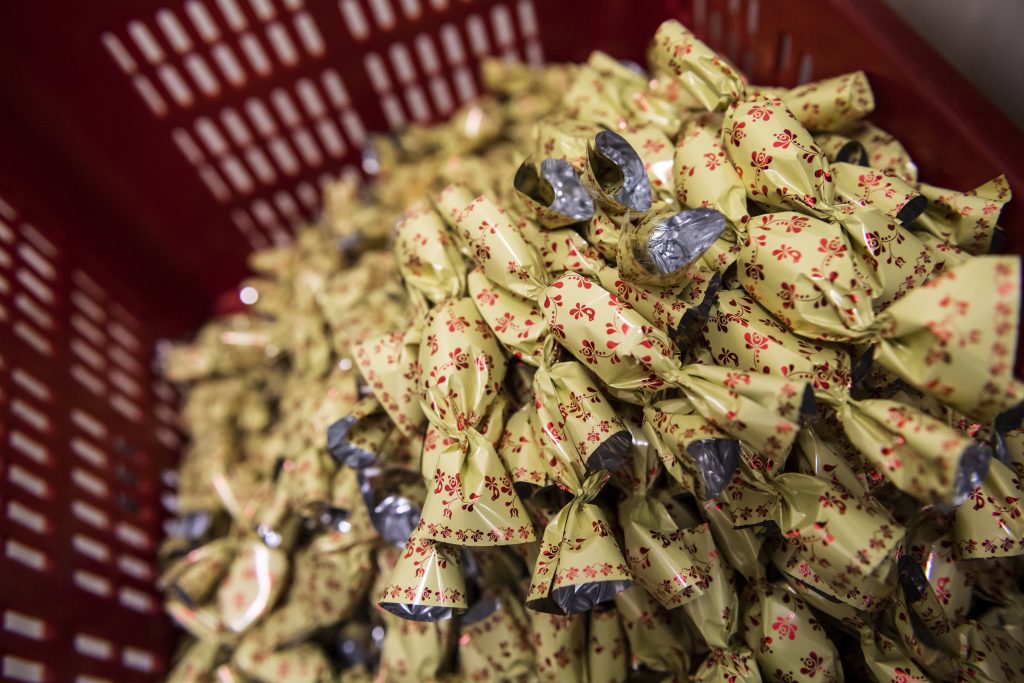 Winners of the Award “Szaloncukor of the Year” Announced

On Tuesday, the winners of the “Szaloncukor of the Year” award were announced at a press conference held by the Association of Hungarian Confectionery Manufacturers. The first prize was awarded to the Sulyán Confectionery’s “A Bite of Cake” from Gödöellő, which is a variant of the official cake of the World Eucharistic Congress “A Bite […]
Hungary Today 2021.11.25.