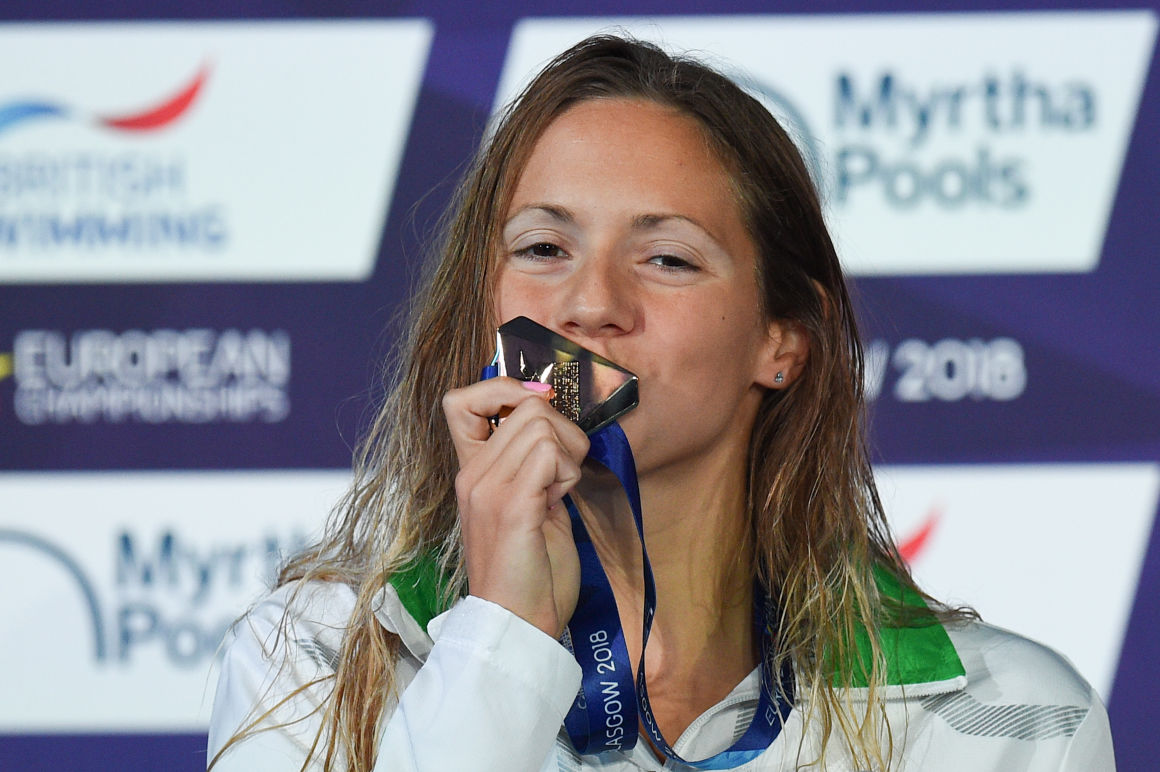 So far, Kristóf Milák won a gold medal in the 200m butterfly and Hungary has claimed two silver medals, won by Tamás Kenderesi (200m butterfly) and Késely Ajna (800m freestyle). On the fourth day of the championships, Boglárka Kapás and Liliána Szilágyi – both Youth Olympics champions (Kapás in 2010, Szilágyi in 2014) – made it to the finals for the 200m butterfly.

Neither of the Hungarian swimmers got off to a great start, but after an amazing performance during the last 50 meters, Kapás won the race with a 2:07.13 individual record. Russian Svetlana Chimrova claimed the silver medal, British Alys Thomas finished third, and Liliána Szilágyi finished in sixth place.

You can watch the race below and see Kapás’ amazing finish for yourself:

In an interview after the race, Kapás revealed that she expected a better time from herself; she didn’t think she could win the title with a time of 2.07 and aimed to make 2.06. Kapás said:

We’ve been working on the butterfly for about half a year, so I’m sure I have more in me and I won’t stop until I reach 2:06.

Kapás added that she would be delighted to take on the butterfly at the 2020 Olympics in Tokyo as well.

The tournament continued with impressive performances by Katinka Hosszú and Kata Burián in the 100m women’s backstroke semi-finals. After Hosszú took only the seventh best time in the qualifiers, she improved her time in the semi-finals and won her race with 59.67, finishing second overall. Burián’s individual record time (1.00.01) was also enough to get to the finals.