Body Moving Images: A Review of Ildikó Enyedi’s On Body and Soul

UPDATE: “On Body and Soul” has officially been nominated for this year’s Academy Awards in the Best Foreign Language Film category.

On Body and Soul (Testről és Lélekről) was pulled into the international spotlight early this year after winning the Golden Bear at Berlinale, along with the FIPRESCI Prize and the Ecumenical Jury Prize. Since Berlin, the film and its director, Ildikó Enyedi, have participated in several international film festival competitions. 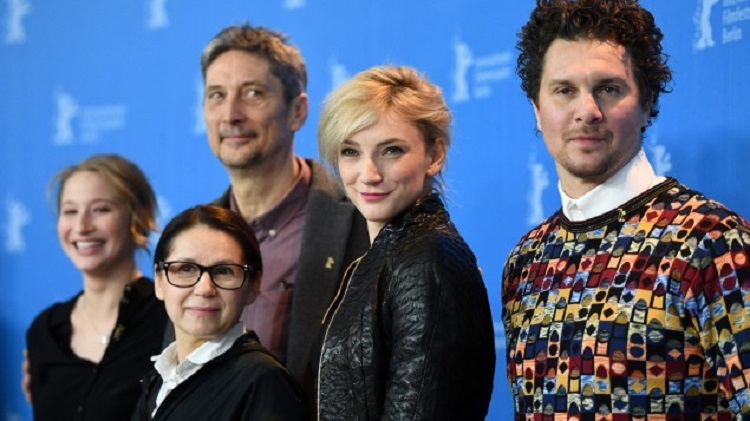 This marks Enyedi’s return to the international scene since winning the Camera d’Or in Cannes for My Twentieth Century in 1989. My Twentieth Century is recognized as one of the most influential films in Hungarian film history, and is seen as a cinematic thesis of the regime change, or the end of socialism, following 1989. A shift that was anticipated with excitement at the promise of change and new opportunities by Hungarian society, but met with the harsh realities of continued drab socio-economic times.

Following this shift, the once state-centralized film funding and production system went into a free fall. Film rules and regulations had to be remapped, the financial system had to be restructured, and a slew of other aspects caused the industry to basically collapse during the 1990s, only to have a new wave emerge in the early 2000s with films such as, Moscow Square (Ferenc Török, 2001), Delta (Kornél Mundruczó, 2006), White Palms, Bibliotheque Pascal (Szabolcs Hajdu, 2006, 2010), Hukkle, Taxidermia, (György Pálfi, 2002, 2006), and Pál Adrienn (Ágnes Kocsis, 2010).

The latter films give presence to a continual body theme in contemporary Hungarian films. The body serves as the subject of the film, which is manifest in its representation on the screen and, on the other side, with the viewer’s engagement with it. These films broaden the spectrum of the sensorial cinematic experience by using audio-visual tools to invoke the engagement of additional sensory organs, such as taste, smell, and touch, to produce a strong visceral effect on the audience.  This enhanced sensuality is present in On Body and Soul, with the heavy use of close-ups and intense soundscape to arouse a haptic mode of perception.

In other words, Enyedi’s movie tears into you and forces you to feel. Its narrative is comprised of the unfolding of a romance, or more so a voyeuristic glance into a transcendental love connection, despite several obstacles, one being the body. In order for Mária (Alexandra Borbély) to follow her desire to be with Endre (Géza Morcsányi), the female protagonist must overcome her trepidation of physical contact. In doing so, she embarks on a sensorial (and sometimes synesthetic) journey, which the audience accompanies her on, and which provides for some comic amusement along the way (for example, the touch of mashed potatoes as opposed to the taste of them).

On the reverse side, the representations of bodies on the screen are packed with symbolism, which specifically uses the slaughterhouse as a setting for social commentary. Passage scenes between the cattle and humans in the slaughterhouse suggest parallels between the life cycles of the subjects in the frame. Bodies are seen to be processed through a harsh system, whose actions are accompanied by barred idleness, waiting, observation, and interaction. The documentation of the cattle in the slaughterhouse, especially of their heads and faces offers important symbolic insight into the mechanisms at work in everyday human struggles.

The representation of these animals draws attention to a dichotomy in the system. Through close-up shots, strong empathy and identification are encouraged towards these subjects, who for a brief moment return our breaths and gazes. The cows’ fates, however, are imprinted on their bodies with the presence of a tag, its main determinate in the system, debasing their existence to a quantitative value. The last ‘waking’ moments of these beautiful beasts are witnessed before they are converted to lifeless slabs of rolling flesh and processed into consumable portions. The tag thus serves as the harbinger of apathy, which punishes these bodies in a system that renders them into inanimate objects.

With this precursor, On Body and Soul suggests the subjects in the frame must be unburdened by labels, if we desire their survival and well-being. When apathy and distancing are exercised in the film towards subjects, including Mária, the results are immediate humiliation and chastisement. The key to crawling in the skin of the cinematic bodies is blind, instinctual empathy, devoid of fear and judgment, even if it is to protect our own selves. Enyedi commented on her decision to leave Mária’s condition intentionally vague in an interview with the South China Morning Post, stating, “We didn’t want to define in the film what sort of illness this is – and if this is an illness or not”. In doing so, any precontrived notions toward these bodies are avoided, so as to try to show everyday people’s daily lives and struggles from a different perspective. The film removes these tags from the subjects and drives us down an alternative sensorial path towards resolution.

The driving conflict of the narrative is whether the barriers between Endre and Mária will come down, whether the two can overcome their inner struggles to let each other in. This is visually represented in the mise-en-scene, where the subjects appear barred or caged in, much like the cattle in the slaughterhouse. Mária and Endre, for example, are often situated in tight, claustrophobic shots, which place their bodies in or next to a frame and in juxtaposition to a reflective surface. The reflection serves as a visual clue for an alternative space, alluding to the two main characters’ common dream world, the realm of their unconscious desires and needs.

In contrast to predominately low-key cityscape shots of the everyday waking reality of the two protagonists, the dreamscape sequences are set in a vast wintery forest, where the natural elements are bursting with energy—flowing water, wind, and falling snow. The unconscious desires of the protagonists appear in the substituted form of two amorous deer tucked behind an expansive row of snow-covered trees. In the forest, a peaceful, open tenderness is shared between the deer as they accompany each other, which contrasts the awkward rigidness experienced between Mária and Endre. The barriers around the subjects in the frame are lifted in the natural setting. In this, Enyedi draws on the trope of a forest as a milieu for unconscious awakening and refuge, one which has a long history in literature and film (for example: William Shakespeare’s A Midsummer Night’s Dream, Miklós Jancsó’s The Red and the White, and Andrey Tarkovsky’s Ivan’s Childhood).

Enyedi’s On Body and Soul serves as a conduit to the soft, latent content beyond the human exterior. The film takes us on a haptic passage through the inner struggles of bodies obstructed by fears and desires, to create a shared cinematic experience, which is both visceral and thoughtfully profound. As for the film’s resolution, if Mária and Endre will make it, this is left open to the interpretation of the viewer, and their own choice of logic or desire. It seems the director does not claim to have any concrete conclusions herself, as we are left with a contemplating shot of a forest dissolving into a white light.

Melinda Sukosd holds a degree in Film Studies and has worked for several non-governmental organizations based in Budapest. She hopes to one day visit the fig paradise of Hungary, located in Zala county, next to Becsehely, and try all their types of figs. She likes figs. 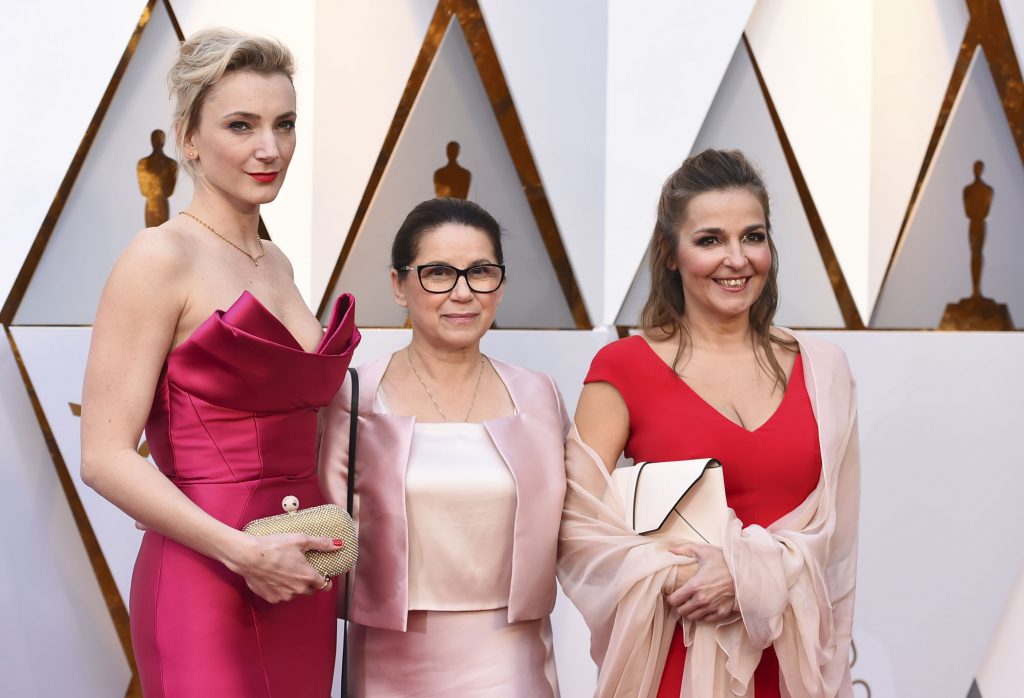 Although Ildikó Enyedi’s On Body and Soul was nominated for the Best Foreign Language Film at the 90th Academy Awards, Sebastian Lelio’s A Fantastic Woman (Un Mujer Fantastico) from Chile was ultimately the one to take home the Oscar at yesterday’s awards ceremony in Los Angeles. A Fantastic Woman is Chile’s first Academy Award winner; the […]
Fanni Kaszás 2018.03.05. 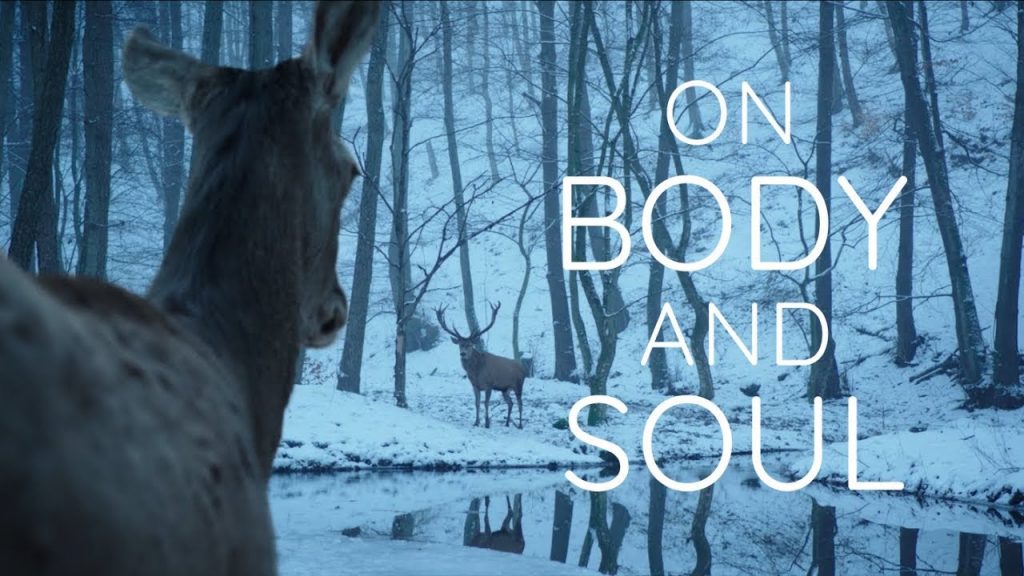 As an enthusiastic film and Oscars fan, I have attempted nothing less than to predict the odds for Ildikó Enyedi’s On Body and Soul for the Academy Awards in the category of Best Foreign Language Film, compared to other nominees. My top contenders, besides Enyedi’s film, are Chile’s entry, Sebastian Lelio’s A Fantastic Woman, and the Swedish […]
Fanni Kaszás 2018.02.28.