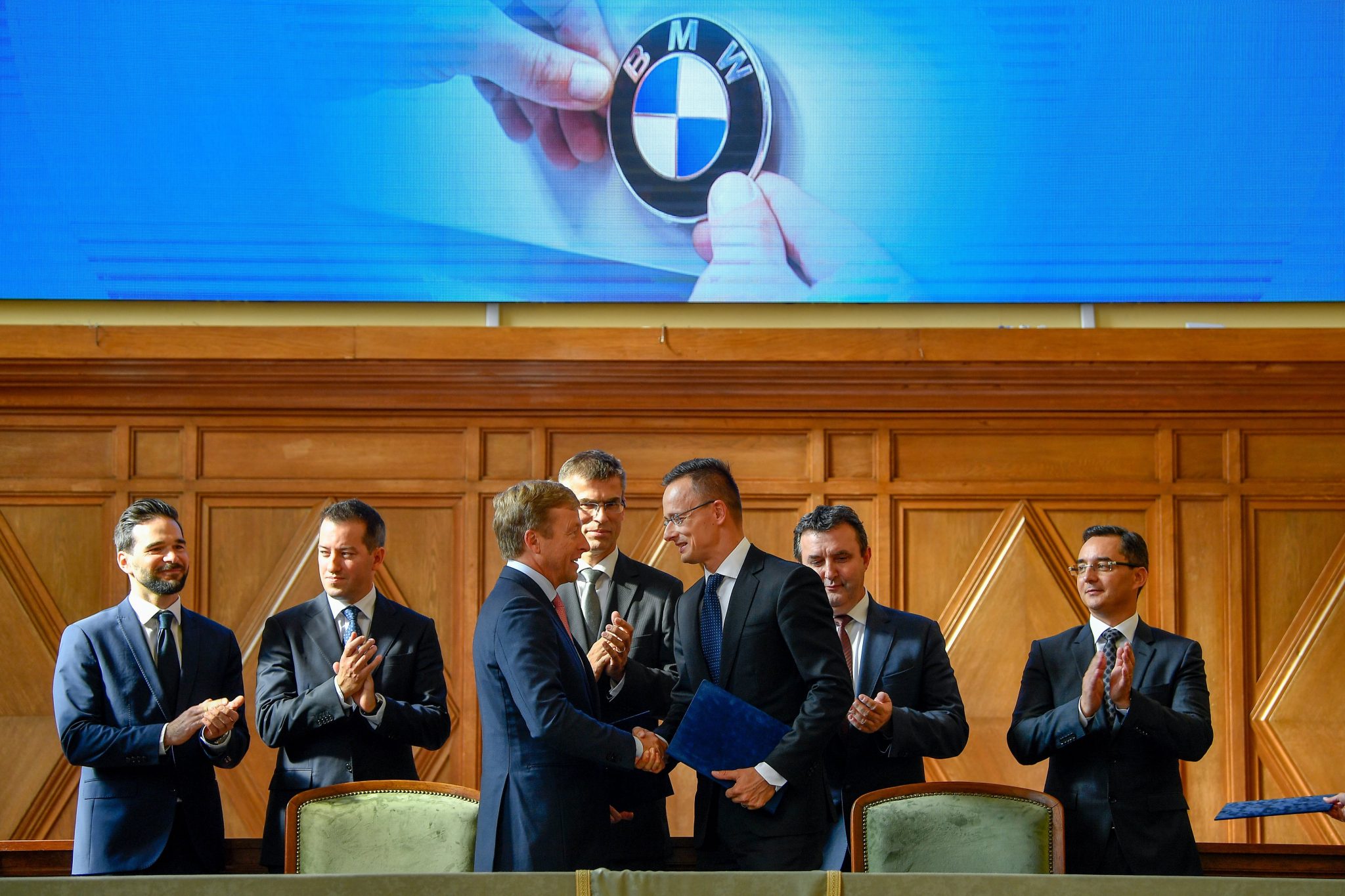 German carmaker BMW on Tuesday has announced it will start construction of a 1 billion euro plant in Debrecen in the spring.

The local council of Debrecen is finishing up groundwork at the site of the plant, BMW said.

The building of a BMW plant in Debrecen, in eastern Hungary, will further strengthen the Hungarian economy, the minister of foreign affairs and trade said on Tuesday, commenting on the German carmaker’s announcement to start a construction project in the spring of 2020.

“The development project will come to Hungary thanks to Hungarians’ high-quality work, diligence and excellence in performance,” Péter Szijjártó told MTI.

He added that Hungary’s economy showed world-class performance, producing over 100 billion euros of exported goods and services annually which is the 34th highest in the world.

The Hungarian economy continues to grow well above the European Union average, he said.

An economic protection action plan will need to be introduced early next year in order to maintain growth because Brussels has made mistakes not only in its migration policy but also in economic policy and euro zone countries will, as a result, see stagnation next year, Szijjártó said.

An increasing amount of valuable investment is arriving in Hungary which is beneficial also because it boosts demand for the products and services of Hungary’s small and medium-sized businesses. SMEs play a significant role in the supply chain of large international companies setting up business in Hungary, he added.

As a result of the increasing number of investments with high value added, salaries have been growing fast and the average salary at newly created jobs grew from monthly 304,000 forints (EUR 910) to 450,000 forints in the past eighteen months, he said.

In the featured photo illustration: Oliver Zipse (BMW) and Péter Szijjártó, the minister of foreign affairs and trade. Photo by Zsolt Czeglédi/MTI