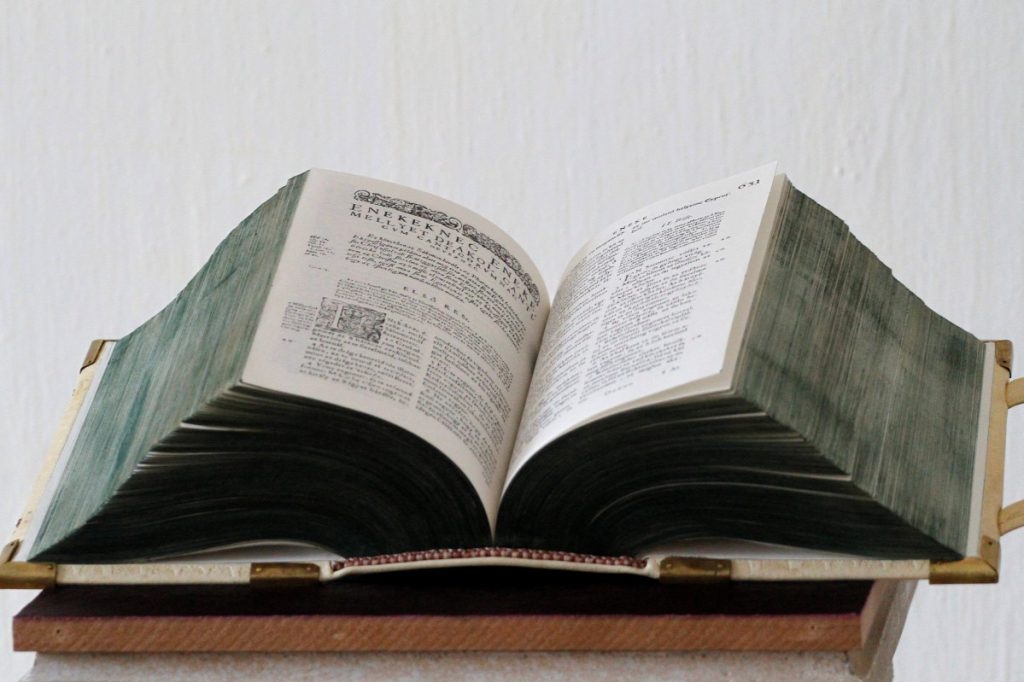 A commemoration was held in the northern Hungarian village of Vizsoly on Sunday to mark the 425th anniversary of the completion of the printing of the first Hungarian-language Bible on 20 July 1590.

The 850-inhabitant village is known as the birthplace of the first Hungarian-language holy scripture, known as the Vizsoly Bible. Printing of the first Hungarian-language Bible – the work of Reformed pastor Gáspár Károli – began on 18 February 1589 and was completed on 20 July 1590, between which around 700 to 800 “Vizsoly Bibles” were produced. 24 of the remaining 54 examples are currently in Hungary. The Vizsoly Bible, which marked not only the strengthening of the Reformation and the establishment of book printing in Hungary but was also a milestone of inestimable importance in the development of literary Hungarian, was added to the list of Hungaricums this January.

At the commemoration yesterday, local Reformed pastor Zsolt Levente Kovács said a statement of gratitude has been issued to mark the jubilee. The statement explains that the birth of the first fully Hungarian holy scripture 425 years ago marked a religious event of epic dimensions for the Hungarian people.

The work of Reformed Bible scholar Gáspár Károli had an impact spanning centuries on the godliness of the Church, the development of the Hungarian mother tongue and the literary education of our “Bible-reading people”- the Hungarian Bible is a fundamental Christian document of personal religious life and devout morality, the pastor said, adding that the publication of Károli’s Hungarian-language contributed greatly to the development of Hungarian society, to the rise of the bourgeois classes, intellectual development and through these, to the renewal of Hungary.

A Bible-printing workshop continues to operate in the village, some 55 kilometres from the city of Miskolc, which produces reprint versions of the Vizsoly Bible with replicas of the original technology.