Bilateral Relations with Slovakia are “Excellent”- FM Szijjártó in Bratislava 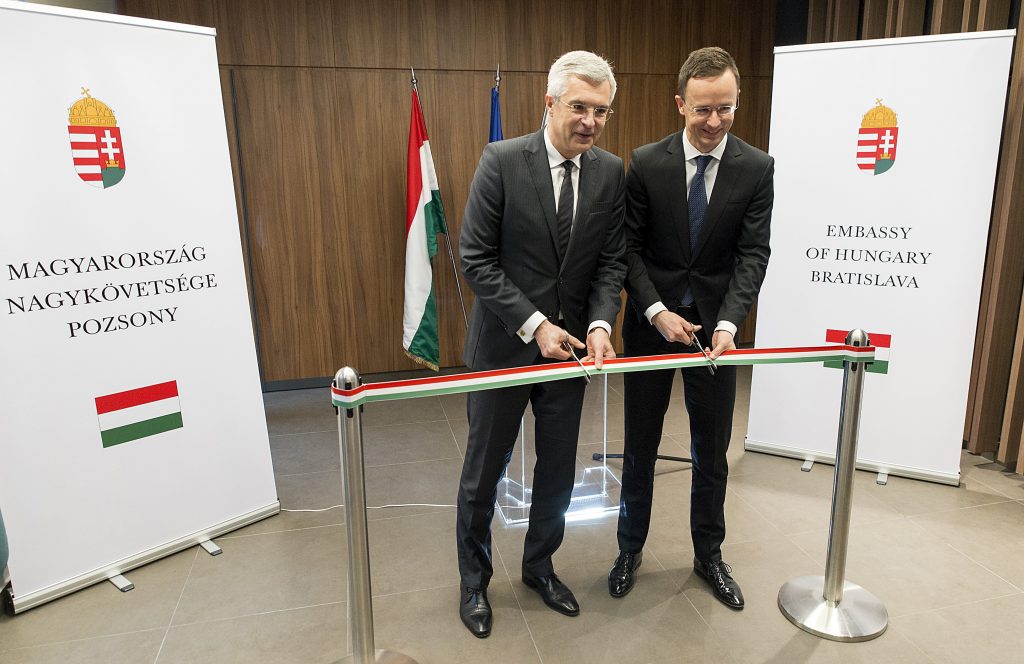 Addressing the inauguration, Szijjártó called Slovakia a friend and important ally. He added that the Visegrad Group (V4), to which both countries belong, “is Europe’s most successful alliance”. The new headquarters duly reflects how highly Hungary values ties with Slovakia and how the two countries are bound by links on multiple levels, Szijjártó said. The V4 has demonstrated its economic and political strength, the foreign minister said, calling the group “an engine of economic growth” of the European Union and a politically influential player in the bloc. Hungary and Slovakia have stabilised their ties, paving the way to resolving contested issues, he said. The two countries have opened several new border crossing points and connected their gas pipeline networks, he noted, adding that the construction of a new Danube bridge connecting Komárom and Komárno is under way. Annual bilateral trade amounts to close to 10 billion euros, he said.

Foreign Minister Péter Szijjártó discussed energy security matters as well with his Slovak counterpart, including a fresh agreement between Hungary and Romania to establish the technical conditions for gas exports to Hungary by 2020. From 2022, large volumes of gas extracted on the Black Sea will be available to Hungary, Szijjártó said. He added that Hungary is to start the construction of a gas pipeline between the Hungarian distribution hub and the Hungarian-Slovak interconnector. The 100-kilometre pipeline will be the last section of the “northsouth energy corridor”, creating a chance for Slovakia to purchase gas from Romania, the minister said. He insisted that the project with a maximum annual capacity of 4.4 billion cubic metres will improve the energy security of the whole region in the long run. 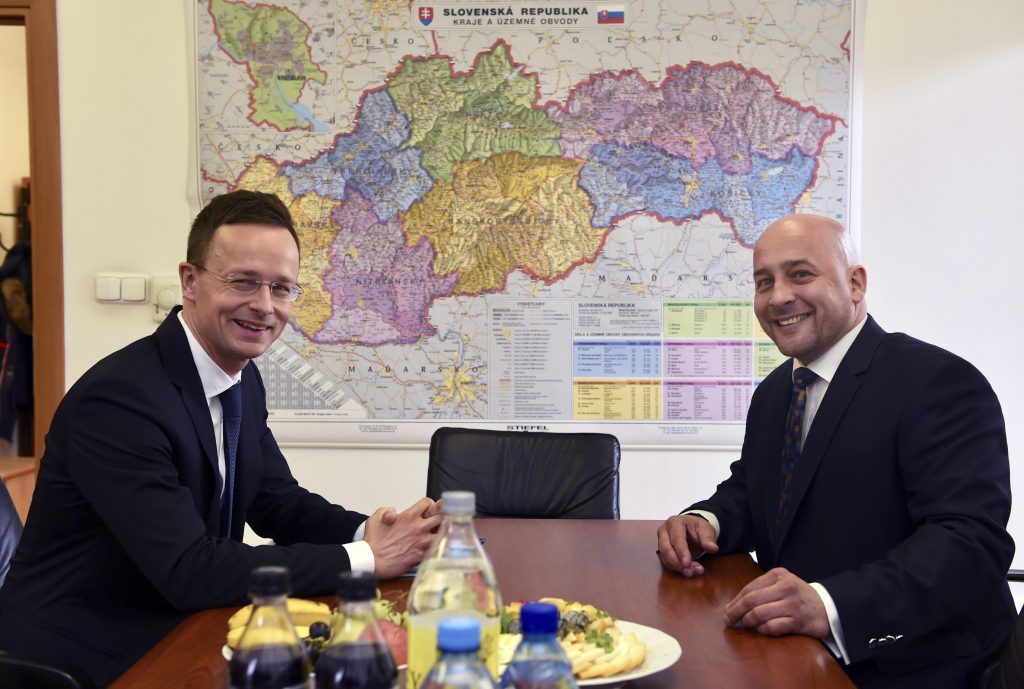 The minister said Hungary and Slovakia had made progress on several matters concerning Slovakia’s ethnic Hungarian community. These include the display of dual-language signs at train stations, the situation of ethnic Hungarian schools and the use of the Hungarian language in civil procedures, he said. But there are also areas in which progress is lacking, Szijjártó said. He added, however, that “sensitive issues” would also be discussed in due time, because the success enjoyed by Hungary and Slovakia allow for this.

Szijjártó reacted to comments by Belgian PM Charles Michel, who told Belgian news site Le Soir that Visegrad countries that “refuse to act in solidarity are being given an ultimatum”. Hungary has never been a country of immigrants; neither does it intend to become one, Szijjártó said. Michel’s “ultimatum” is “coercion”, and Hungary will never yield to it, he said. His statement is “shocking” also because it’s the first occasion when Brussels openly prepares for pushing through migrant quotas, “with complete disregard of certain EU countries’ opinions”, Szijjártó said. The V4 are concerned by the “27 terrorist attacks perpetrated by people with migration backgrounds in Europe recently and the no-go zones in certain European cities, even if the Belgian prime minister is not concerned by them,” he said. 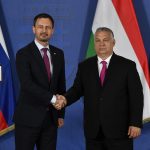 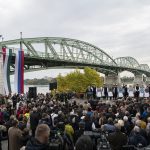