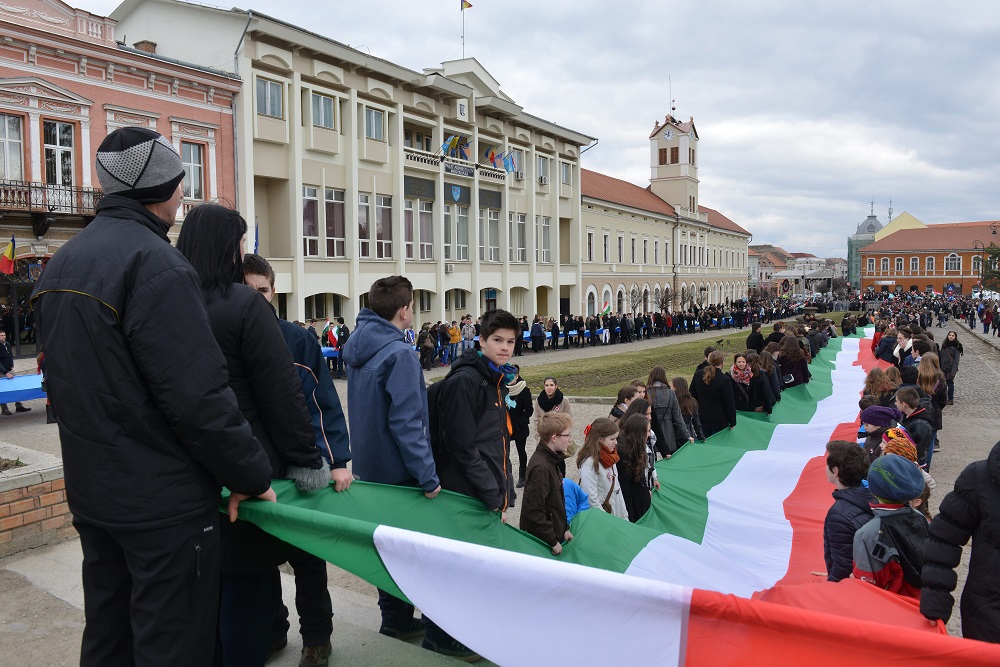 The commemoration of the 1848 Hungarian Revolution took place not only in Budapest and across present-day Hungary but all over the Carpathian basin, where Hungarian communities still exist and battle hard to preserve their national culture and tradition. Hungary’s PM Viktor Orbán greeted Hungarians living beyond the country’s borders in a letter on the occasion of the anniversary of the 1848/49 revolution and freedom fight, Bertalan Havasi, the prime minister’s press chief, said.

Following centuries of oppression, it was the uprising on March 15, 1848, that showed what a strong and courageous nation we are, Orbán says in the letter, which was read out at many commemorations in the Carpathian Basin on Sunday. In the Spring of Nations, there was only one country where the fire of freedom did not go out in a few moments, he added. Orbán said the message of Hungarian freedom set off from Pest, from the steps of the National Museum, but it was echoed by the whole nation. “We still believe that freedom for Hungarians can only be attained by Hungarians, through cooperation, hard work and agreement,” he said in the letter.

The Hungarian communities in Western Europe and North America also commemorated to heroes of 1848 revolution. Giving Hungarian citizenship to members of the diaspora is providing historic justice, Deputy PM Zsolt Semjén said, attending a ceremony of Hungarians living in the United Kingdom taking their oaths of citizenship in London. On the occasion of the March 15 national holiday, 34 Hungarians living in the UK received their naturalisation documents at the Hungarian embassy. Speaking after the ceremony, Semjén said almost half of all Hungarians now live beyond the country’s borders, either in the Carpathian Basin or scattered around the world, due to the storms of history.