Best of Budapest: 6 Superlatives of the Hungarian Capital

Over the last couple of weeks, in our ‘Best of Budapest’ series, we have explored the hidden beauties of the capital, found the best places to eat and see the history of the country coming alive. Now, we show you Budapest in superlatives: from the oldest, narrowest and tallest to the most beautiful and the ugliest buildings of the city.

The Vörös Sün Ház (Red Hedgehog House), which has been standing for over 700 years,  is not only the oldest building of Budapest, but the oldest continuously functioning one as well. It was built in 1260 when a number of early-gothic style houses were combined into one building. In the middle ages, it housed the relics of St. Paul of Thebes. Later, the last Turkish governor of Buda, Abdurrahmam Abdi Arnaut, was killed in front of this house during the 1686 Liberation of Buda. Its seven rooms went on to serve as the first tavern of Buda Castle, under the name of Red Hedgehog. In the 1760s, the first theatre performance of Buda was also held here. The building was renovated in is present, classicist style around 1810, and a relief of a red hedgehog was placed on the facade of it. Between the two World Wars, the Red Hedgehog House served as a cabaret and brothel, and was closed by the authorities in 1938. It suffered minor injuries in the Second World War, but it has since been restored; today, the building can still be seen in its full splendor after seven hundred years. 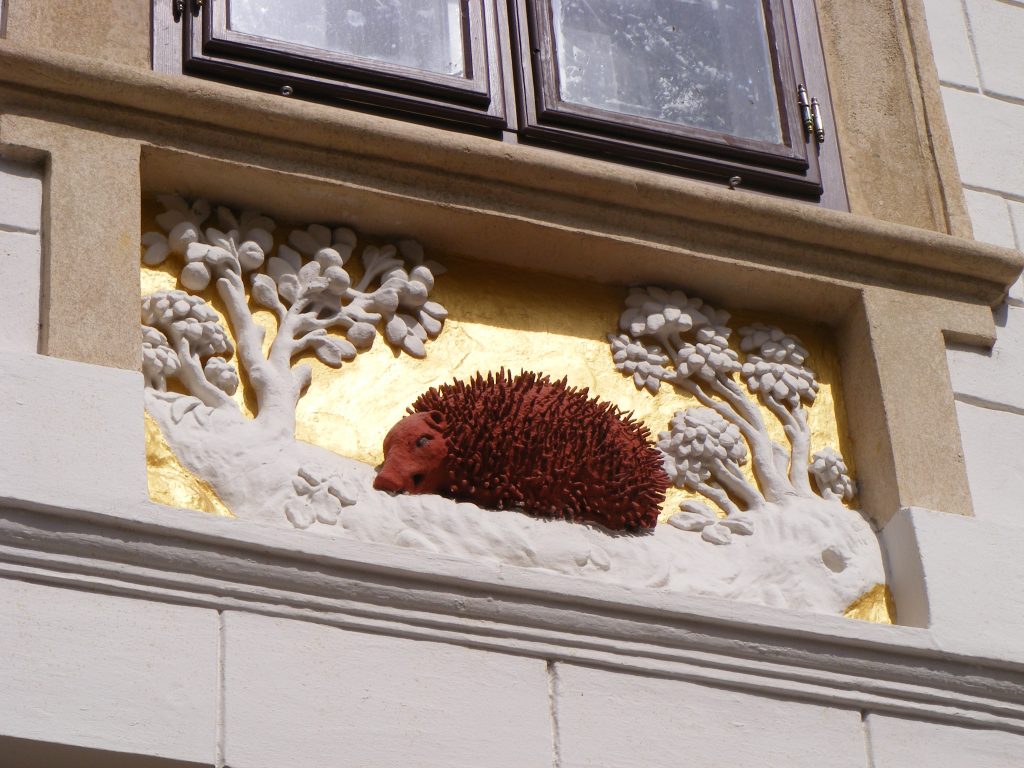 The Tallest: Erzsébet Lookout and the Száva Street Television Tower

The Elizabeth lookout tower is located at the highest point of Budapest, on top of the János Hill, at 526 meters. The tower was built between 1908-1910, under the direction of architect Frigyes Schulek. The building was named after the Austro-Hungarian Empress-Queen, the wife of Franz Joseph I, Erzsébet (Elisabeth, who was known popularly as Sissy). Visitors can take the truly bizzare Children’s Train to reach the tower, and then take the  1040-meter-long chairlift (Libegő) down. However, without counting the János Hill, the tallest building in the city is actually a telecommunication tower, currently owned by Telekom and located in Száva street, reaching 154 meters. The bottom of the city, the level of the Danube, is generally around 96 meters above sea level.

The narrowest building of Budapest can be found hidden between buildings on the Várkert Quay, near the Buda side of the Erzsébet bridge. The only 6 meter-, 20 centimeter-wide building was first built in 1811 for Swabian glazier Kastl Gottlieb according plans drawn up by architect József Dankó. The building was demolished around the turn of the 20th century, and a new, neo-gothic building was built in its place, designed by Fülöp Weinréb and Frigyes Speigel for Manó and Ármin Mandl. The building witnessed the construction of the Elisabeth bridge and survived the war and the siege of Budapest without damage. With the addition of an attic in the 1930s, the building now houses ten flats. 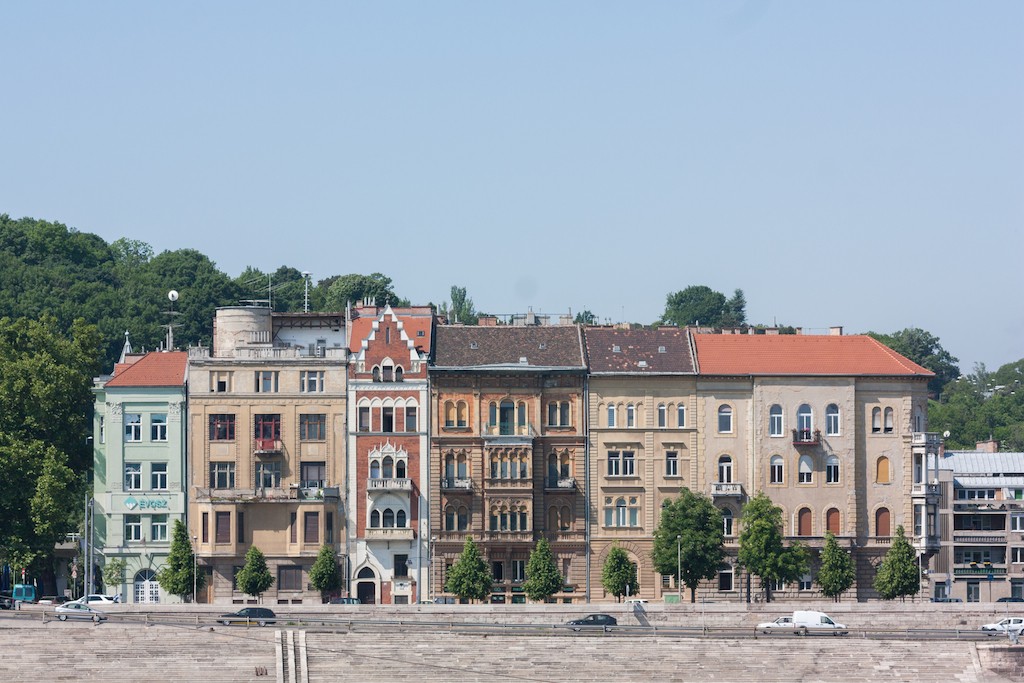 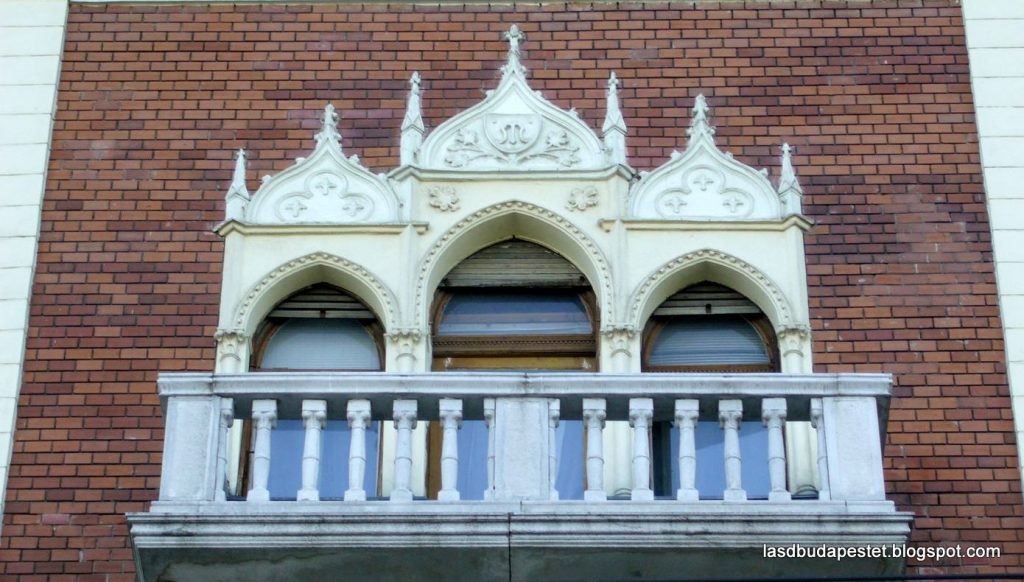 Budapest has a lot of once beautiful, now desolated buildings deserving a better fate, including the Adria Palace and the former State Television headquarters on Liberty Square; but perhaps one of the most unfortunate stories is that of this palace in District VII. On 15 July 2014, a disastrous fire broke out in in one of the apartment buildings at Kodály Körönd, on the World Heritage site Andrássy Avenue, one of Budapest’s main shopping streets. The fire spread from the attic of the former palace and completely destroyed the roof and upper storey of the 19th century building. The property has not been restored to this day, and its garden is still full of bits of roofing, decoration, and other rubble. What is more, the building had already made the news with a fire in 1929 as well. 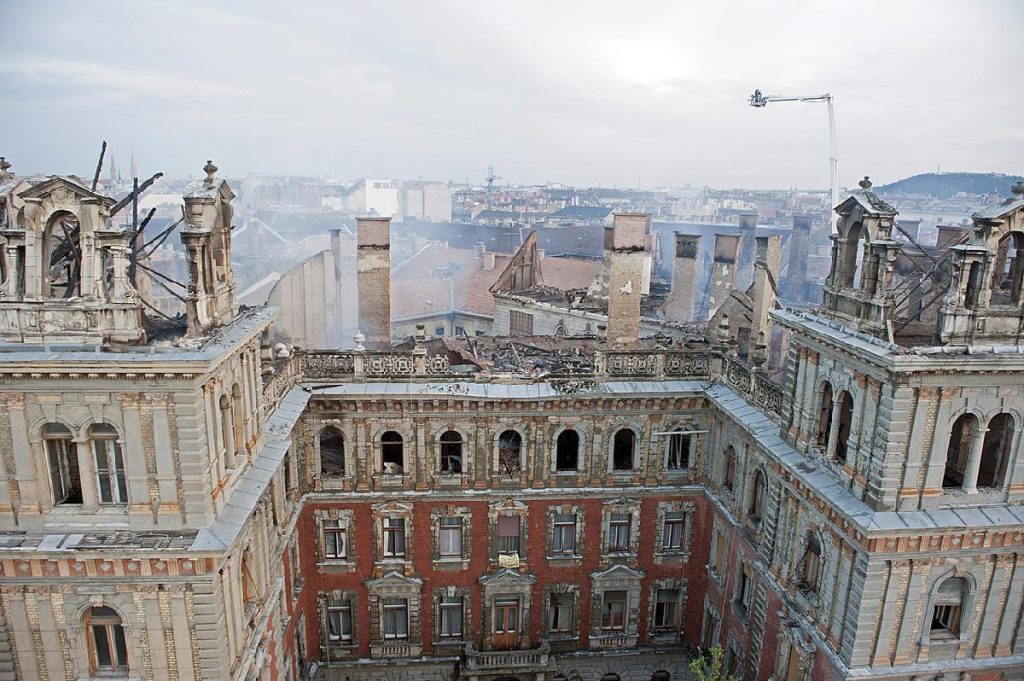 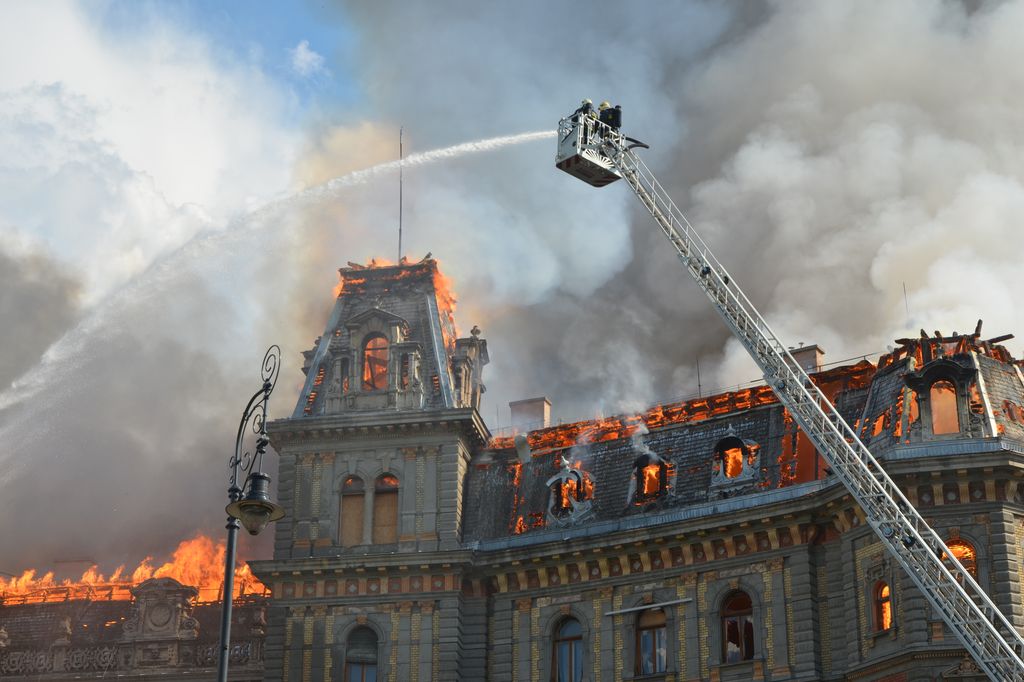 The Most Beautiful: Museum of Applied Arts

Let me finish with two of the more subjective categories: the most beautiful and the ugliest buildings of Budapest. The amazing building that houses the Museum of Applied Arts in Budapest is the third oldest of its kind in the world (founded after the museums in Vienna and London), built in the Art Nouveau style by Ödön Lechner between 1893 and 1896. It is currently closed due to renovation, but is arguably one of the masterpieces of Hungarian Art Noveau, with its green, Zsolnay tiled roof,  enormous dome and Hindu, Mughal, and Islamic designs mixed with Western and Hungarian architectural features. The opening ceremony in 1896, attended by Emperor-King Francis Joseph, was the closing event of the Millennium celebrations. The initial aim of the museum was to create an art collection that would promote the development of Hungarian craft industries and raise the standards of public taste. 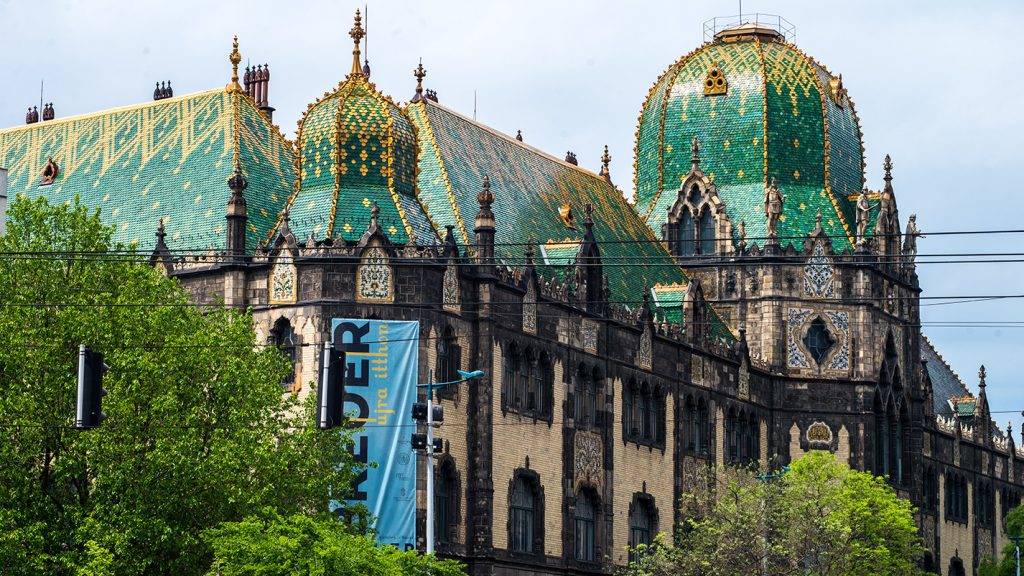 The colorful, red-yellow ship-like building of Lehel Market Hall, located in the 13th district of the capital, is one of the main market places of Budapest. It was built in place of an outdoor market on Lehel square in 2012 and can be found on most of the lists of the ugliest buildings of Budapest, alongside such monstrosities as the former headquarter of the Centre for Budapest Transport (BKK) and the former headquarters of the Hungarian Workers’ Party (the tiny successor to the once-ruling Communist Party). But while it will most likely never top any international lists of beautiful markets like the city’s Main Market Hall has, it is still extremely popular among the people of Budapest, as it does not attract nearly as many tourists. 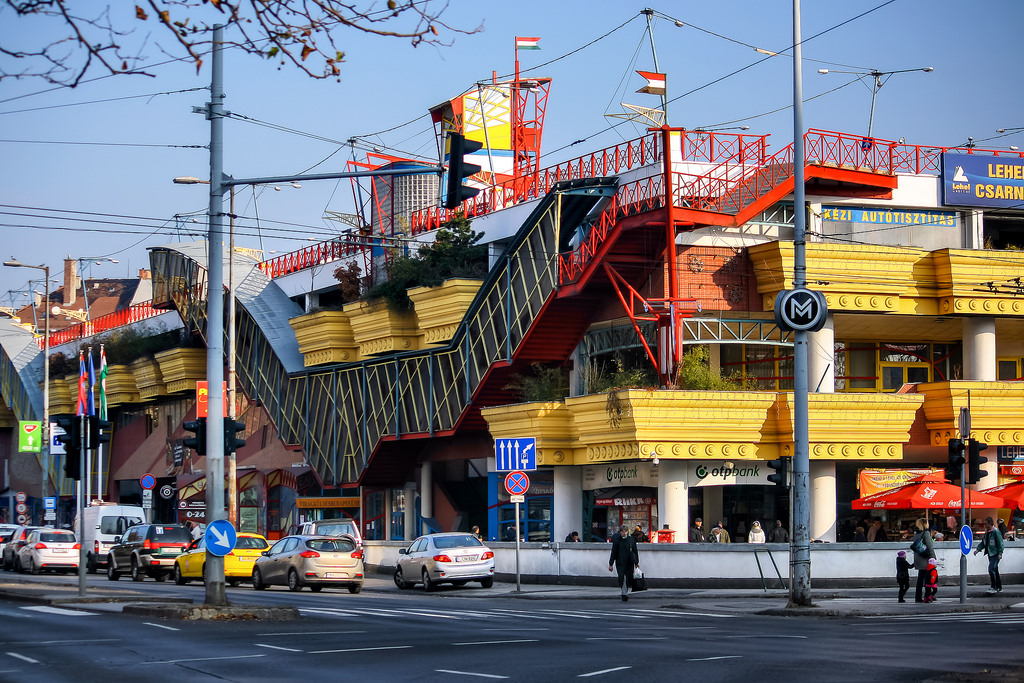 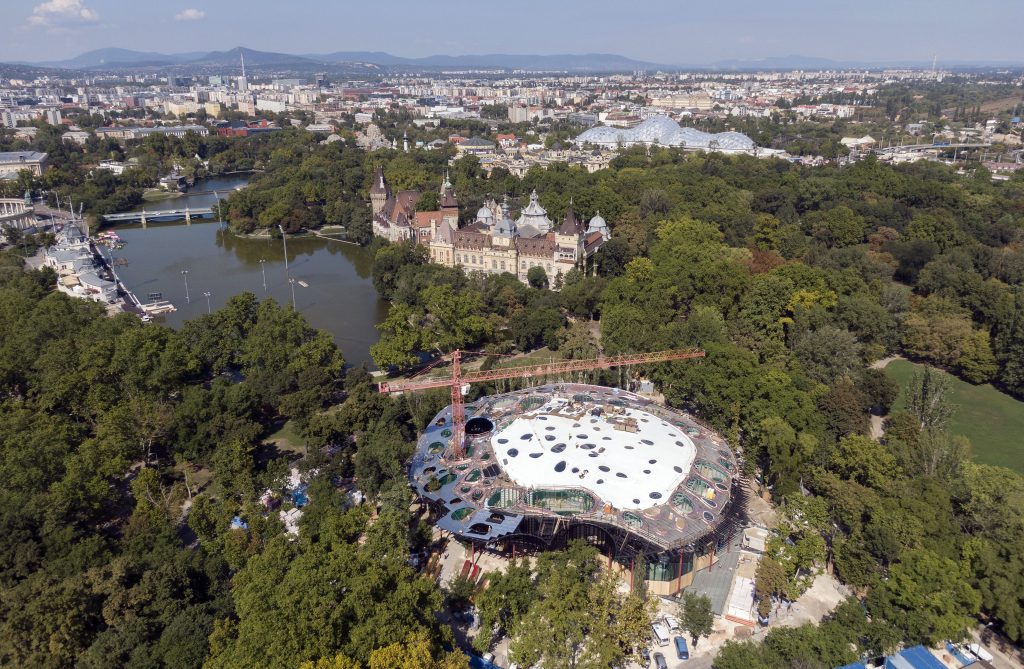 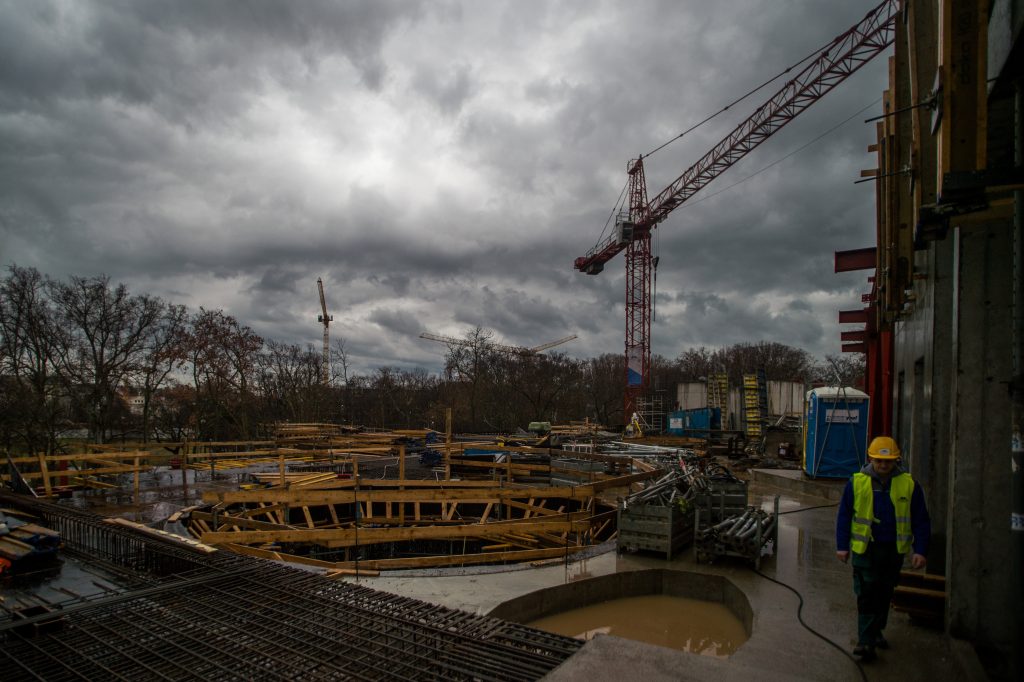 The House of Hungarian Music, built as part of the Liget Budapest Project in City Park is scheduled to open at the end of 2021. The structure of the building is to be completed within the coming months and it has already reached its highest point. The construction works in the spaces below the ground level are […]
Fanni Kaszás 2020.02.05.