Best of Budapest: 6 Places with Scenic Views in the Capital

Budapest is full of well-known and hidden places offering breathtaking views of the city. In the latest installment of our recurring Best of Budapest series, we have found the most scenic views from the city’s many lookouts, rooftop bars and towers. Whether for a nice trip with the family or a romantic date, the following places are definitely worth a visit.

St. Stephen’s Basilica, the largest church in Budapest, can hold up to 8,500 people. The Basilica was initially built in the neo-classical style according to József Hild’s plans and completed in the neo-renaissance style based on the plans of Miklós Ybl. The dome of the Basilica is 96 meters high, the exact same height as the Parliament. There is a panorama look-out in the cupola offering a fantastic 360° view of the city for only 500 forints (EUR 1,50). 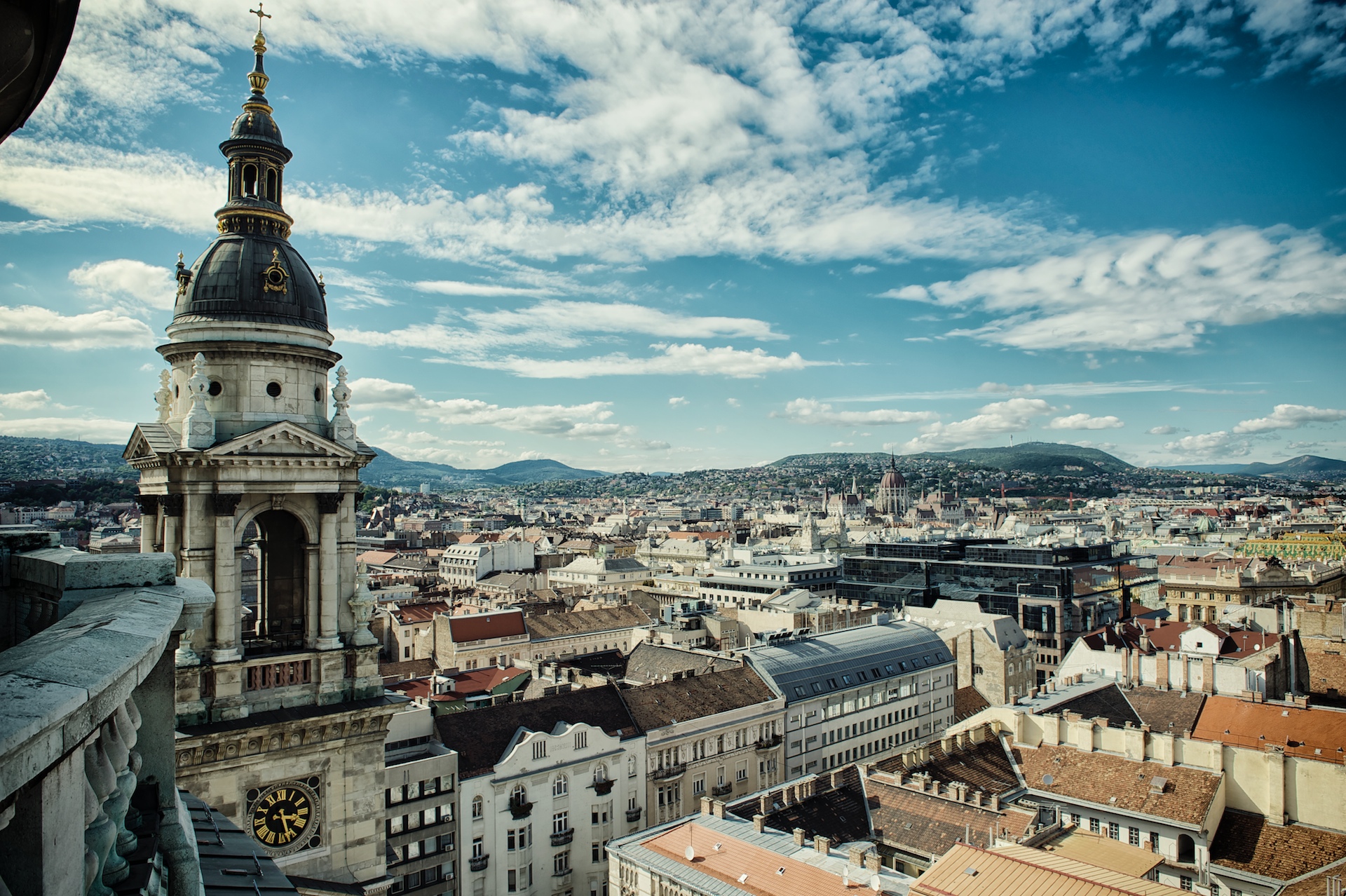 The Citadel (Citadella), a fortress built by the Habsburgs after the Revolution and War of Independence in 1848-49, sits atop of Gellért Hill. It has functioned as a military checkpoint, prison, and anti-aircraft missile launch pad; now it is one of Budapest’s most visited tourist attractions, along with the Statue of Liberty standing at the top of the Hill. The Citadel offers a beautiful, unique panorama of the whole city which includes the Danube and the bridges. It is especially beautiful at night! 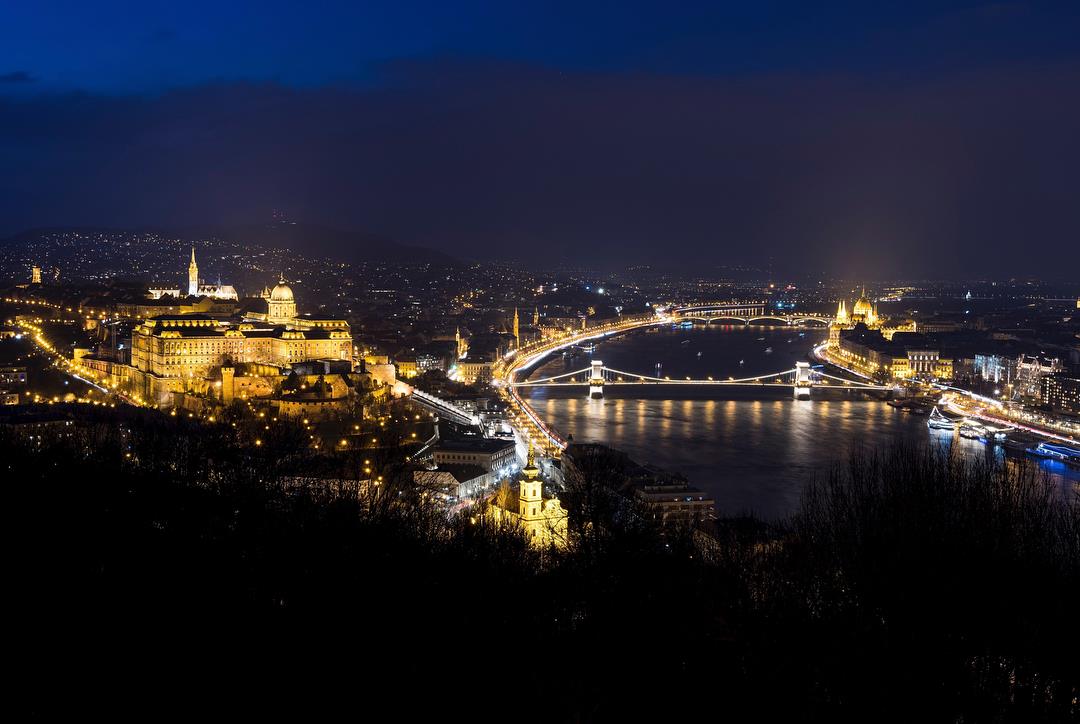 Hármashatár-hegy is a hill on the outskirts of Buda offering stunning views of the city with an eight-meter observation tower, the Károly Guckler Lookout perched atop its highest 495-meter peak. The hill’s name translates into “Hill of Three Borders” because until 1873, the year Budapest was created, it was where the boundaries of the then-independent settlements of Buda, Óbuda, and Pest met. The wooden, ball-shaped observation tower, composed of triangular units opened in 2016. 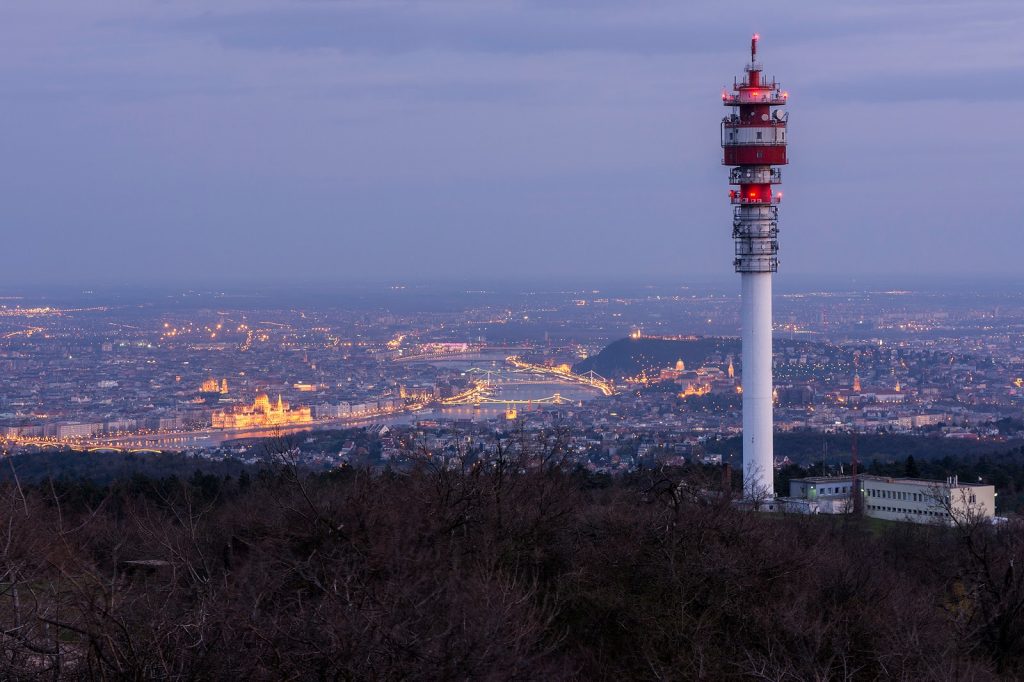 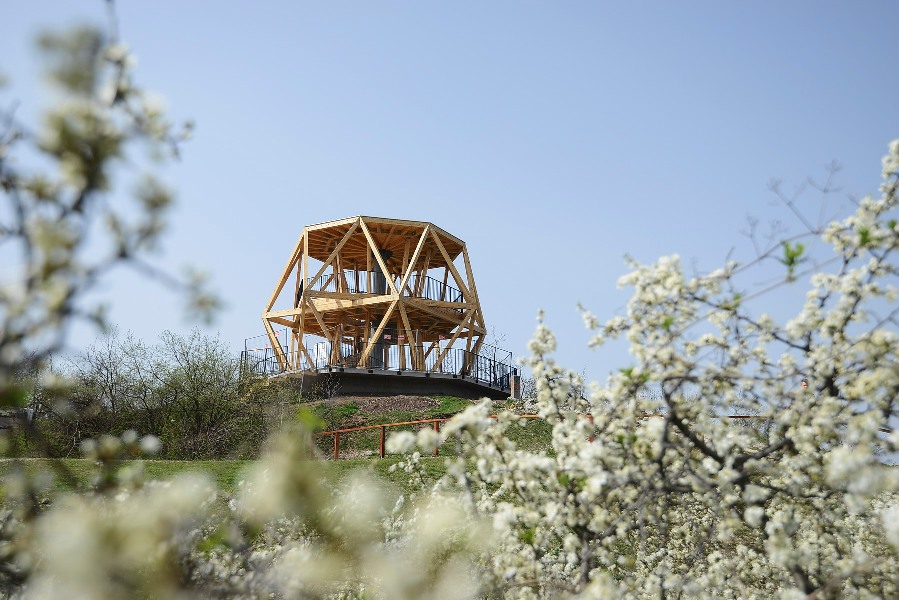 The Church of Our Lady, commonly known by citizens of the capital and tourists as the Matthias Church, is located in the heart of the Castle District and is one of the most popular tourist destinations in the capital. The tower of the late gothic style building is open to visitors and tourists can enjoy the scenic view of Budapest as well as the beautiful intricate features of the church, such as the colorful Zsolnay tiles and the seven bells of the church. The admission fee to the tower is 1500 forints (EUR 4,50). 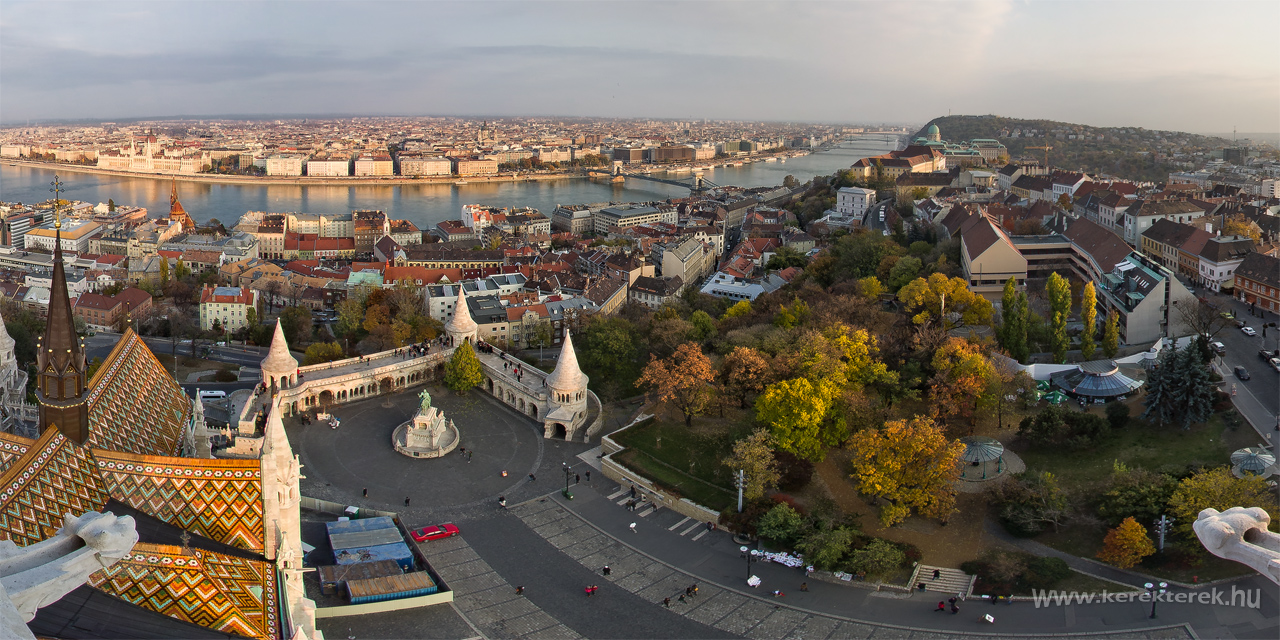 The Elizabeth lookout tower is located at the highest point of Budapest, on top of the János Hill at 526 meters. The tower was built between 1908-1910 under the direction of architect Frigyes Schulek. The building was named after the Austro-Hungarian Empress-Queen and wife of Franz Joseph I, Erzsébet (Elisabeth, popularly known as Sissy). The best way to get to the tower is to take the 1040-meter-long Libegő (chairlift) at Zugliget. Alternately, you can take the Children’s Train, worth seeing in itself, to reach the tower and then take the chairlift down. The lookout is near  Normafa, a popular hiking destination with locals.

Budapest’s rooftop bars are surely great places to enjoy a drink while taking in a beautiful view. Located on one of Budapest’s main shopping streets, the World Heritage site Andrássy street, 360 Bar offers one of the most beautiful views of downtown Budapest and the Buda Hills. The rooftop terrace can be accessed from the former Párizsi Nagyáruház (Paris Department Store) via lift. Sipping an extravagant cocktail and watching the sunset surrounded by a 360° panorama of Budapest is an unforgettable experience. Aria Hotel’s rooftop bar, High Note SkyBar, also offers a breathtaking view of the city, and especially of the Basilica’s dome. The rooftop terrace of Corvin Club, above Blaha Lujza square, is a great alternative as well. It was the first rooftop bar in Downtown Budapest with a bar and open-air cinema offering classic and new films. 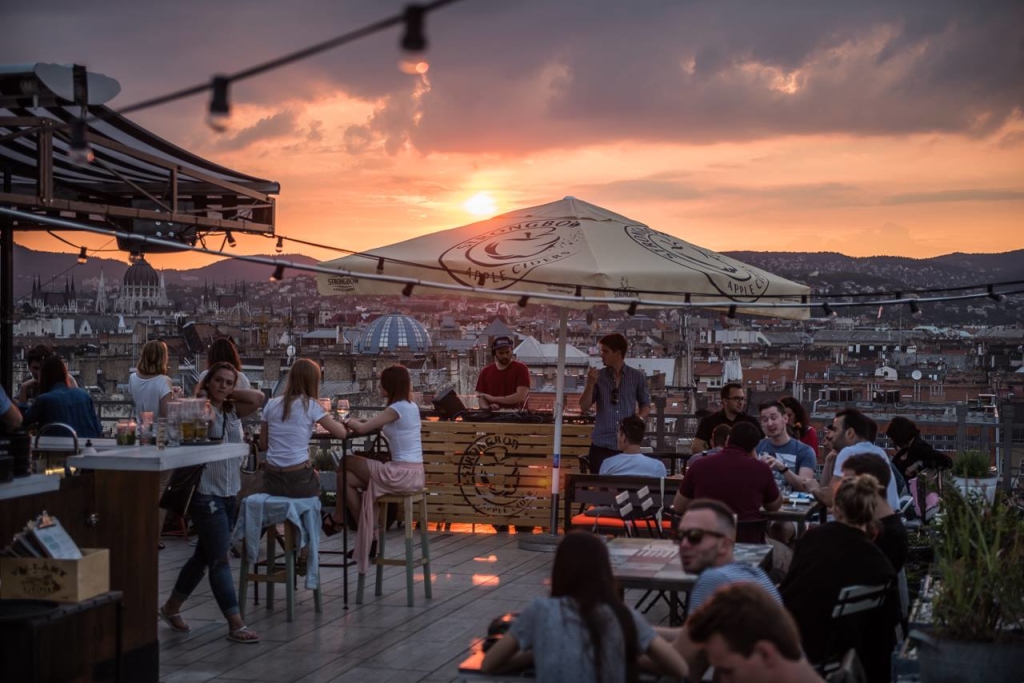 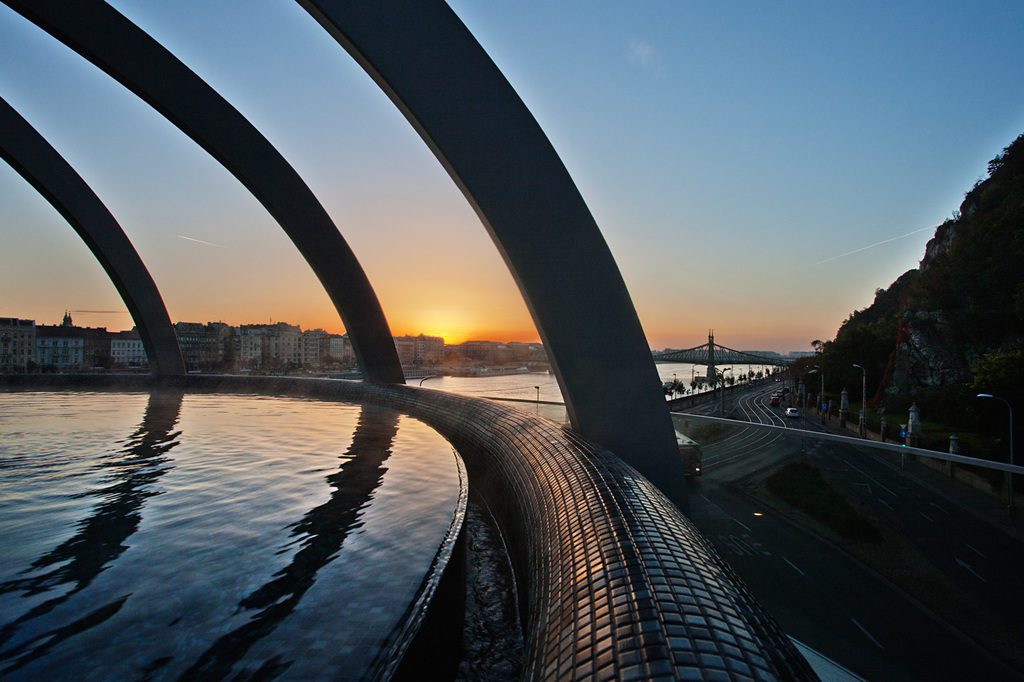 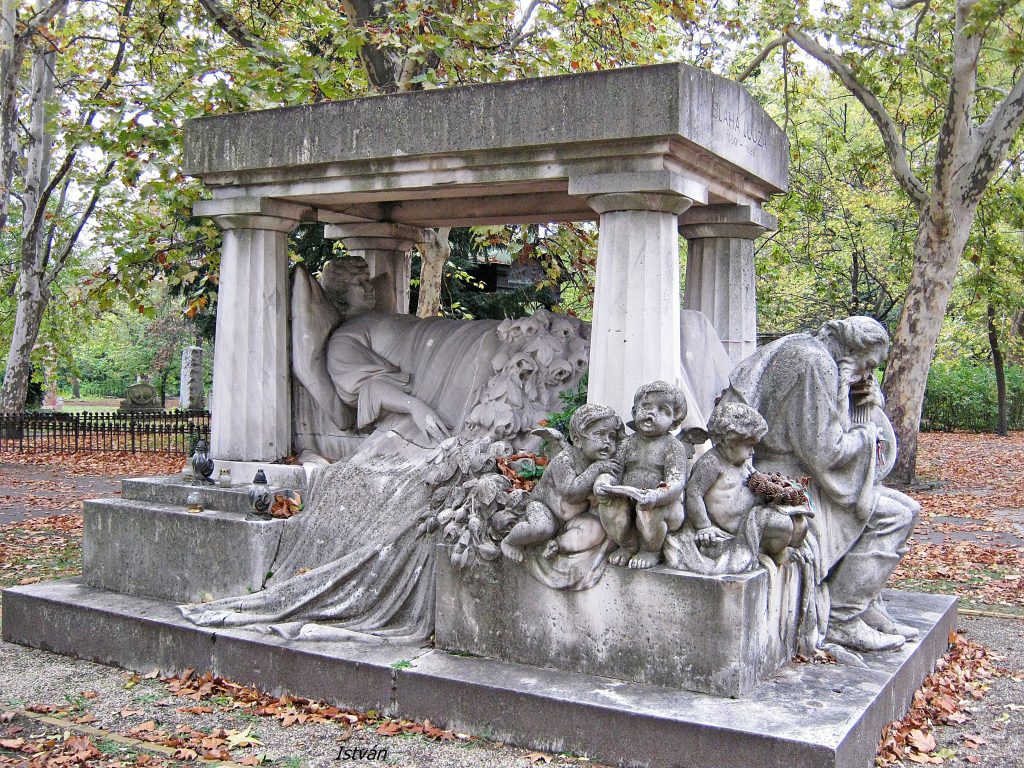 In Hungary “All Souls’ Day” (Halottak napja) is a day of respect and remembrance held in order to commemorate the faithful departed, above all the deceased family members. We have compiled a list of famous women – muses, actresses and writers – and their graves in Budapest’s most well-known graveyards. Fiumei/Kerepesi Cemetery The Kerepesi cemetery […]
Fanni Kaszás 2018.10.31.