Best of Budapest: 6 Hidden Gems of the Hungarian Capital

Previously, in our three-part series “So, what’s there to do in Budapest?” we discovered the many wonderful things that the magnificent Hungarian capital has to offer. Now we are heading off the beaten path and moving past obvious attractions such as Buda Castle, Parliament and Heroes Square, to find some of the hidden treasures of Budapest that are well worth a visit.

There are more than 20 active synagogues in Budapest, the most well-known of which is the one in Dohány street, the largest synagogue in Europe, and the second largest on earth. For a synagogue that is not full of tourists, however, you should make your way over to another Neolog synagogue located on the Buda side of the capital, in the 2nd district, hidden inside a seven-story building. The neo-gothic-style Frankel Synagogue was built in 1888 by Sándor Fellner in an open space, but in 1928, to serve the needs of the growing Jewish community, it was surrounded by a building. During the Second World War, the synagogue was used as a stable. There is a memorial in the yard with the names of the Jewish families who were deported from the house in 1944. 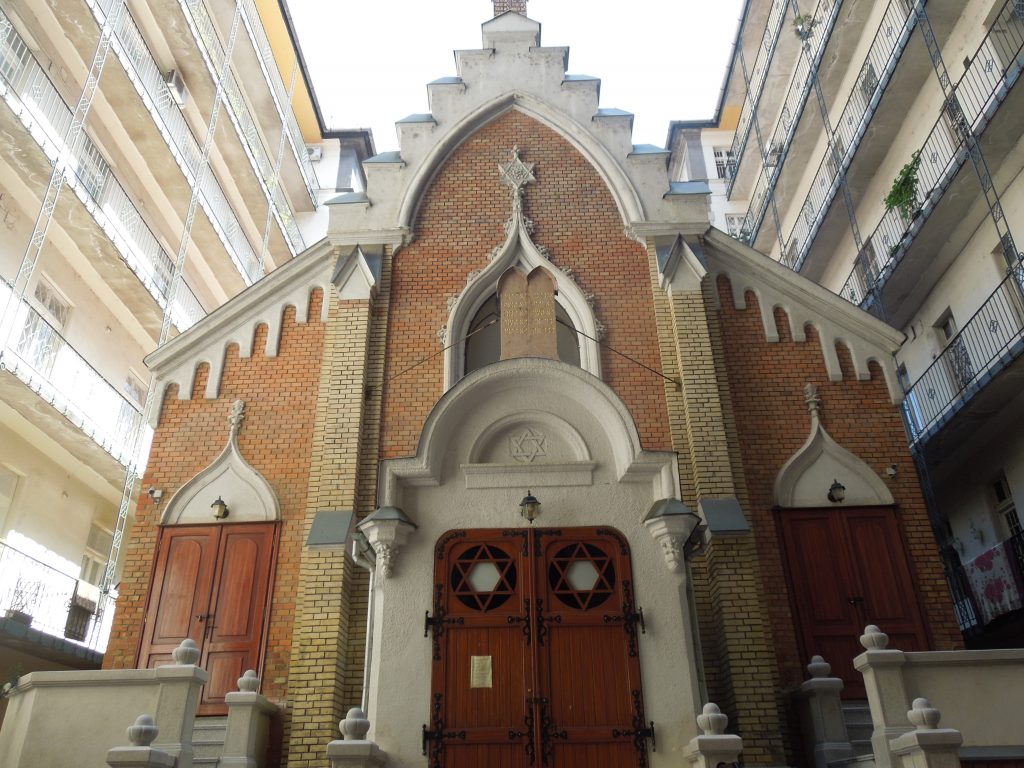 Füvészkert is Hungary’s oldest botanical garden; founded in 1771, it belongs to the Eötvös Loránd University. For a small entry fee (1000 Forints/EUR 3), visitors can see more than 8000 plant species and varieties in a 3,5-hectare space full of parks and greenhouses. The botanical garden is a real oasis in the heart of Budapest. Its cacti, bromeliad, and orchid collections are especially rich, as are the collections of palms and different tropical lily species. Hungarian flora is represented by more than 400 species, classified according to geographical regions and types of habitats. 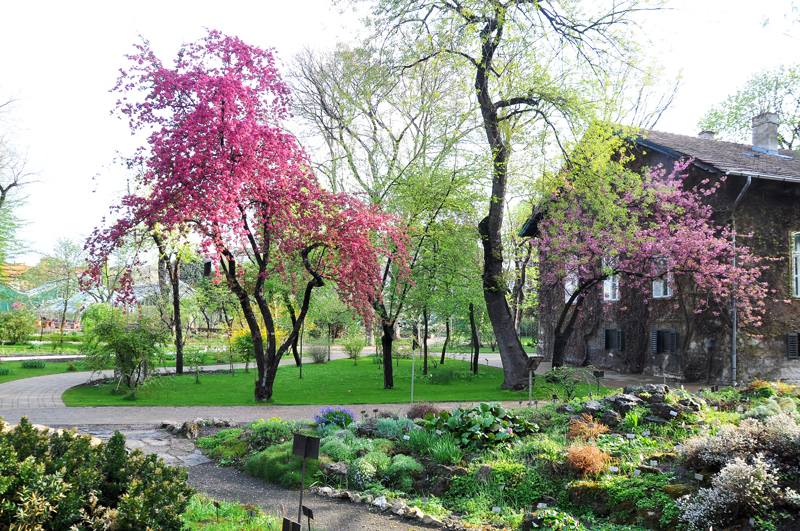 Combining Turkish-Ottoman and Hungarian architecture, Gül Baba’s türbe is the octagonal tomb of an Ottoman dervish, poet and the companion of Sultan Suleiman the Magnificent. The tomb is surrounded by rose gardens, as Gül Baba was also known as the ‘Father of Roses’, a literal translation of the meaning of his name in Turkish. The türbe is located in the district of Rózsadomb and is just a short walk from Margaret bridge on the magnificent, rustic, cobblestone-covered Gül Baba street. 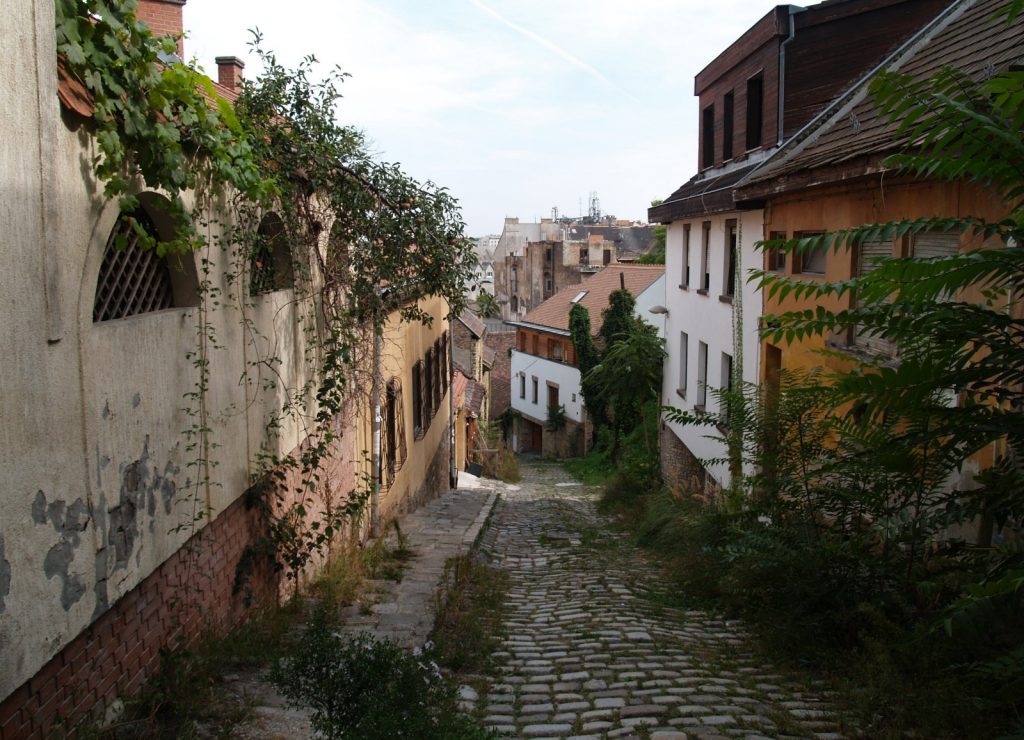 Margaret Island is very popular with tourists and locals alike, but fewer people know that there is a pet zoo in the middle of the island. Sometimes referred to as deer-park, the zoo has existed since 1950, and became part of the Budapest Zoo in 2002. Half of the space is the territory of fallow-deer, while on the other half of the zoo waterfowls and other colorful birds reside. There are a wide range of owls and birds in the garden, most of them are injured and wouldn’t survive in nature without human help. 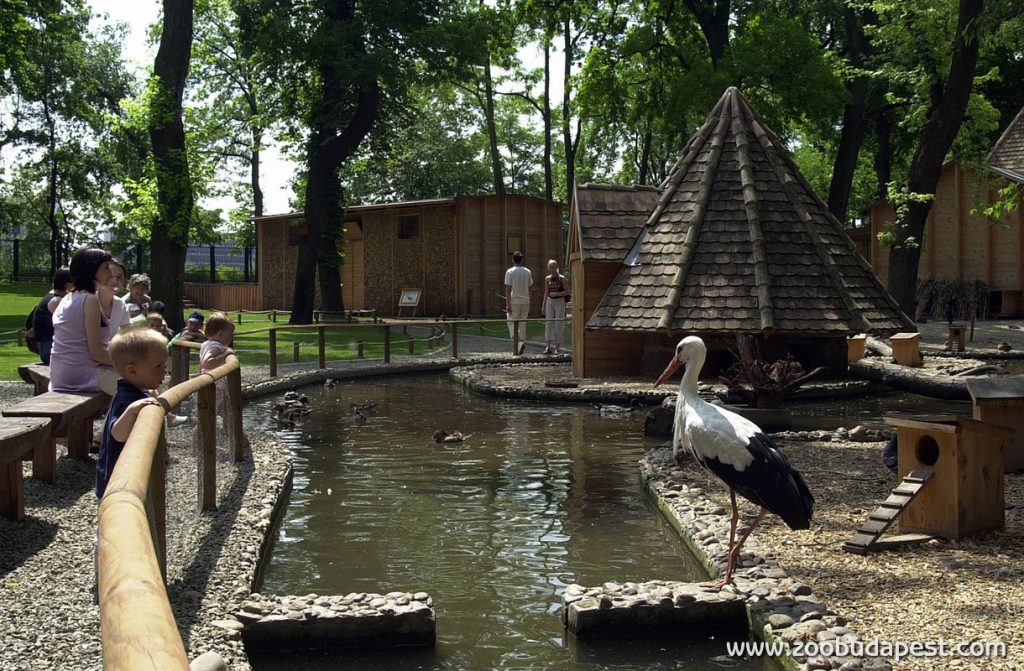 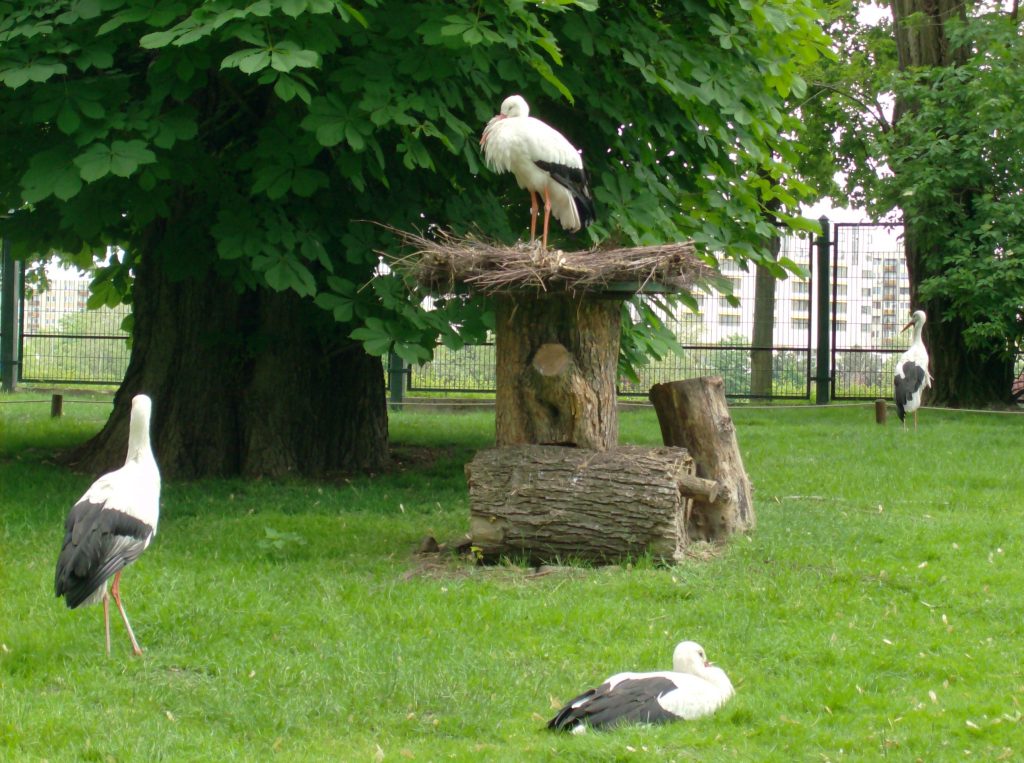 There are several hidden caves systems in, and under, Budapest. In particular, the Castle caves under the Buda Castle were recently opened to the public. It is part of the labyrinthine cave system that runs under the Buda hills, with very deep, man-made cellars, which were used as battle stations and storage facilities by the Germans in the Second World War. The longest cave in the Buda Hills and the third longest in the country is the Pálvölgyi cave, which has been a highly protected natural preservation area since the 1940’s. Its length exceeds 7,200 meters and has a constant temperature of 11 Celsius. One of the most valuable natural treasures of Budapest is the Szemlőhegyi Cave, with a currently explored 2200m, is a 1 million year-old cave system. It is sometimes referred as the underground flower garden of Budapest because of its characteristic mineral deposits (cave corals, calcite plates) and gypsum crystals. 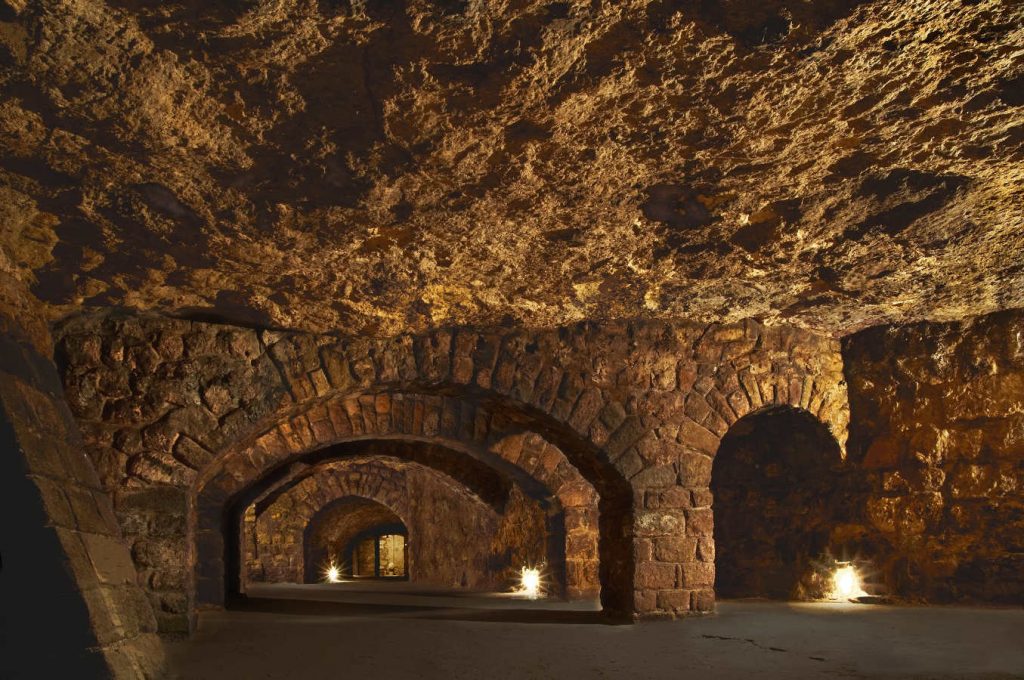 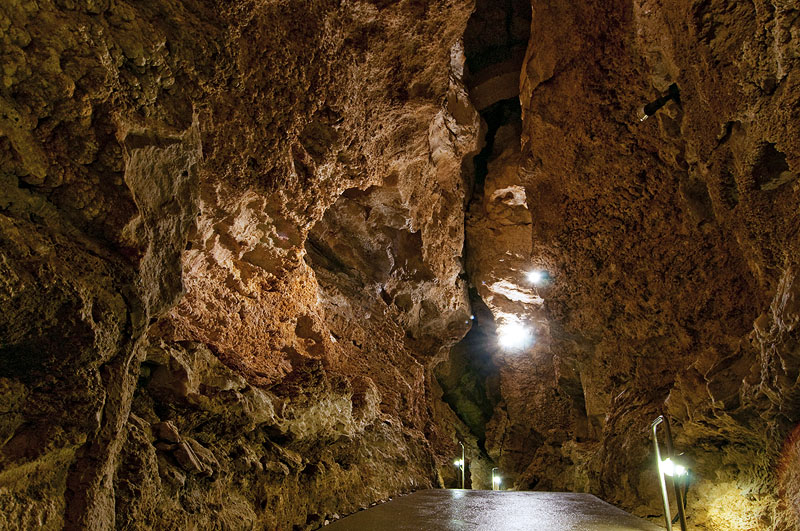 The Elizabeth lookout tower is located at the highest point of Budapest, on top of the János Hill at 526 meters. The tower was built between 1908-1910, under the direction of architect Frigyes Schulek. The building was named after the Austro-Hungarian Empress-Queen, the wife of Franz Joseph I, Erzsébet (Elisabeth, who was known popularly as Sissy). The best way to get to the tower is to take the 1040-meter-long Libegő (chairlift) at Zugliget. Alternately, you can take the truly bizzare Children’s Train to reach the tower, and then take the chairlift down. The lookout is also near to Normafa, a popular hiking destination of locals. 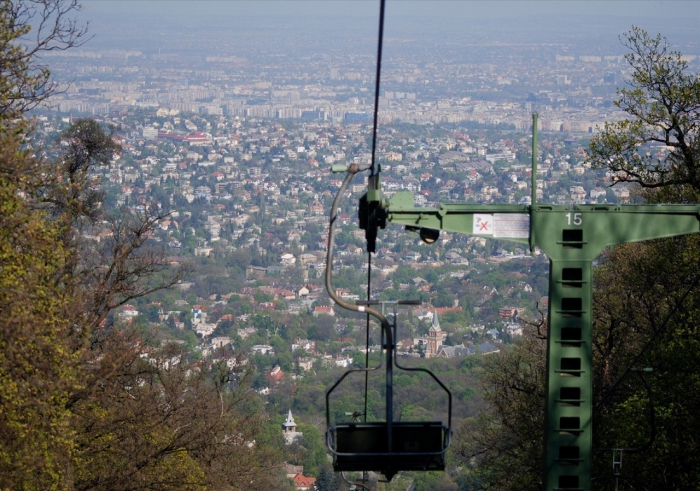 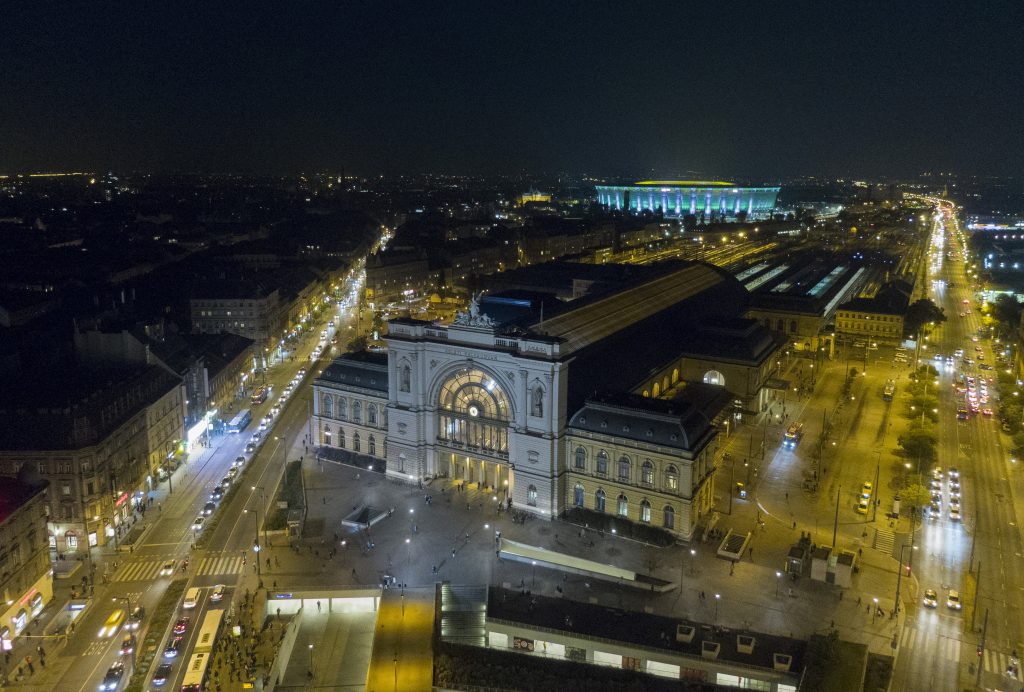 The construction of a sub-platform travel centre at Budapest’s Keleti Railway Station will get under way following a government decree on allocating funding to the project, state railway company MÁV said on Friday. The 1.6 billion forint (EUR 4.4m) investment is to be co-financing by the European Union and state, and the public procurement procedure […]
MTI-Hungary Today 2021.01.15. 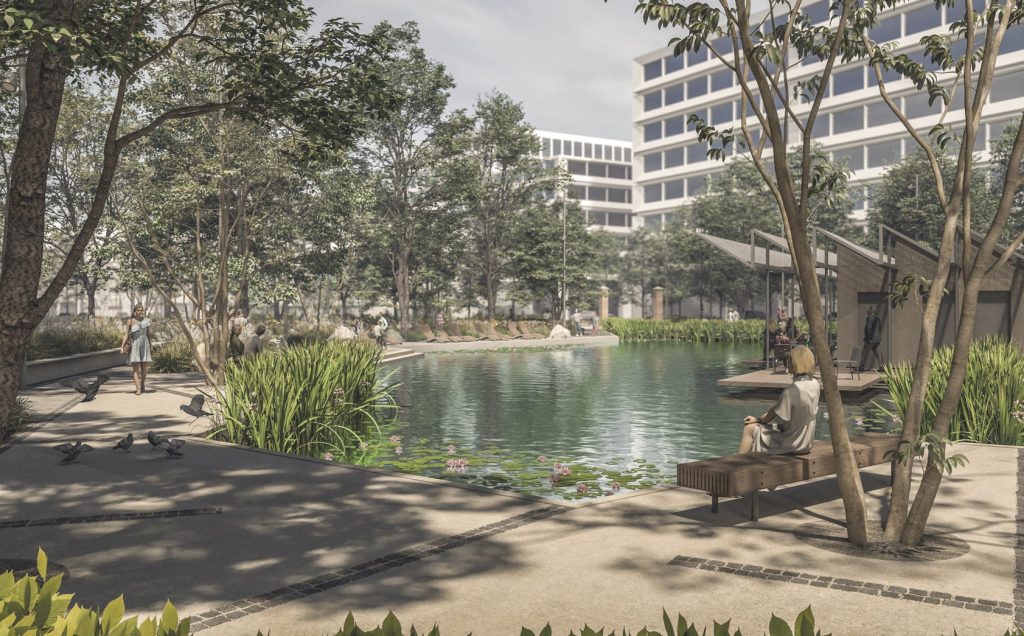 The construction of a new park will soon begin in Budapest in the XIII district. The local government will reorganize a nearly 1-hectare grassy area between Esztergomi Avenue and Párkány Street near the Árpád Bridge, the central element of which will be an artificial lake. The deputy mayor of the district has now published the […]
Péter Cseresnyés 2021.01.14.