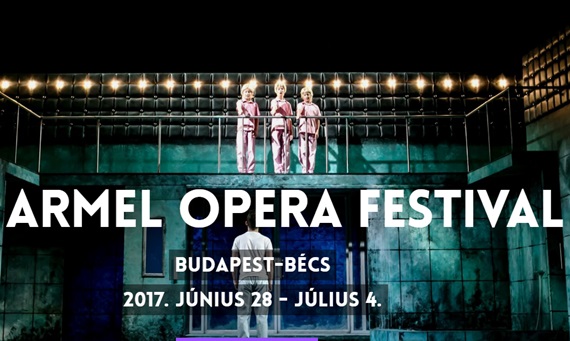 The Armel Opera Festival is a unique operatic event that has presented opera rarities and, in particular, contemporary works since 2008. The distinctive feature of the festival, which presents new productions of five countries annually, is that it is combined with an international talent show.

The professional jury of the Armel Opera Competition assesses the singers’ vocal qualities their acting skills. The singers selected in two rounds of the competition are offered the main roles in the festival productions, and in the final stage of the challenge, they can prove their talent in the Armel Opera Festival performances and win the Award for Best Performer.

Armel Festival combines a talent programme for opera singers and a music festival, staging five contemporary operas every year, organisers told MTI. This year’s festival was held in the Thalia theatre in Budapest and the MuTh concert hall in Vienna from June 28 to July 3. Hungarian director Róbert Alföldi’s staging of Rufus Wainwright’s Prima Donna was awarded the Audience’s Prize and television director Eszter Petrovics received the Jury’s Prize for the festival’s broadcast on the Arte art channel.