Bernd Storck: Nothing More Important Than The Team 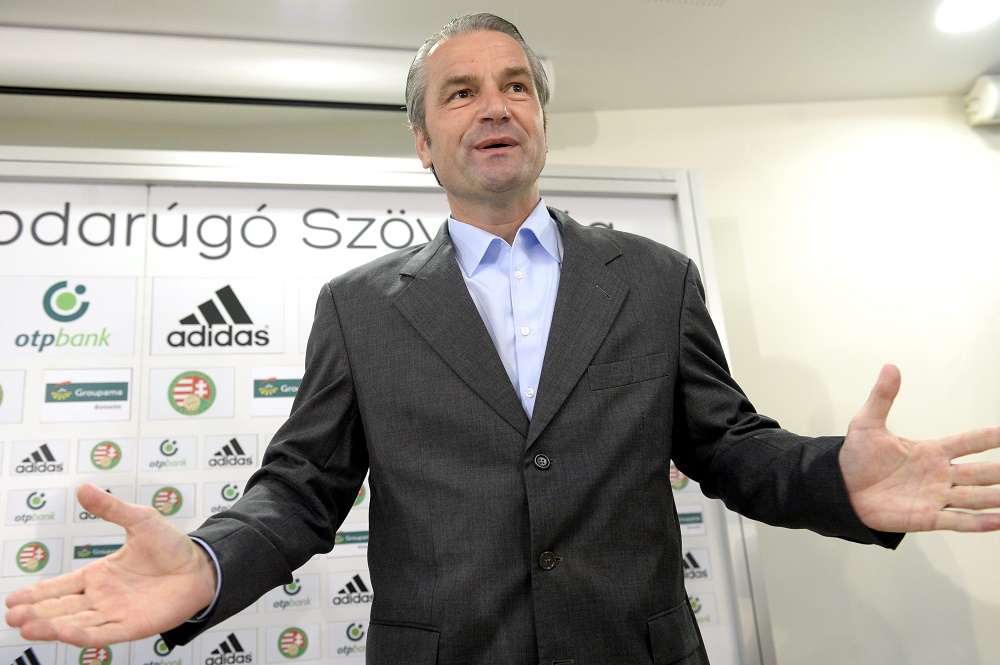 Bernd Storck is ready to continue the work former head coach Pál Dárdai has started with the Hungarian national football team. The 52-year old German trainer said at a press conference held in the headquarters of the Hungarian Football Association (MLSZ) on Tuesday morning, that he is not planning big changes in the team, which have been performing really well recently. My mentality may be different but my approach and attitude towards football is very similar to Dárdai’s approach and attitude, he insisted.

The new national head coach said he already held talks with former manager Pál Dárdai as well as team captain Balázs Dzsudzsák and veteran goalkeeper Gábor Király and all of them supported his appointment. The team needs the same support from the fans and the media now  in order to achieve what everyone of us fighting for, he said referring to the possible qualification for the EURO 2016 tournament to be held in France next summer. Bernd Storck also said he might add one or two more faces to the coaching staff but he did not mention specific changes in the player squad.

The Hungarian Football Association has appointed Bernd Storck as national coach after German club Hertha BSC recalled manager Pál Dárdai from his dual status, terminating the Hungarian trainer’s part-time job as head coach of the Hungarian national team. Under Dárdai’s leadership the Hungarian team delivered a couple of good results, lying currently on the 3rd place in its qualification group behind Romania and Northern Ireland. Bernd Storck’s first game in charge will be against arch-rival Romania in September.