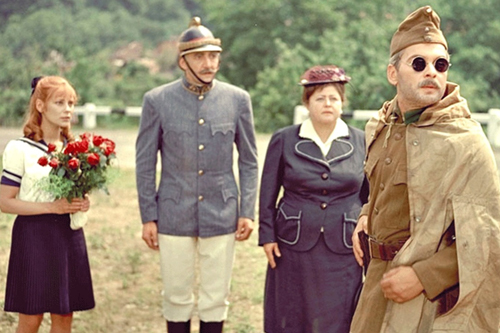 Babylon, the famous Berlin art cinema, devotes one month in February to a major era of Central European films. Fifty — including nine Hungarian— films will be screened at the event entitled “Eastern Bloc Films in the Sixties – 50 Years Later.”

The organizers chose from the many classic films of iconic Hungarian directors (Zoltán Fábri, Miklós Jancsó and István Szabó). Audiences in Berlin will have a chance to view the Hungarian films for two nights. Along with films from the Czechoslovakian New Wave by Andrzej Wajda, Roman Polanski, Milos Forman and Andrej Tarkovsky, four films by Zoltán Fábri (The Tóth Family, Paul Street Boys, Two Halves in Hell/The Last Goal, Twenty Hours), two by Szabó István (Father, Age of Illusions) and two by Miklós Jancsó (The Round-Up, The Confrontation) will also be included.

All of the Hungarian films will be screened in a restored version. The full 4K resolution versions of the films were made in the Hungarian Film Lab within the framework of the 10-year digital film restoration program of the Hungarian National Film Foundation.

The screening series takes place partly in parallel with the Berlinale, the Berlin Film Festival. The event will feature Márta Mészáros’s classic Hungarian film Adoption and Béla Tarr’s legendary Sátántango, along with a number of other restored classics.

The films hail from six different countries and will run in Babylon until the 27th of February with free admission. The two Hungarian screenings will be held on the 11th and 13th of February.