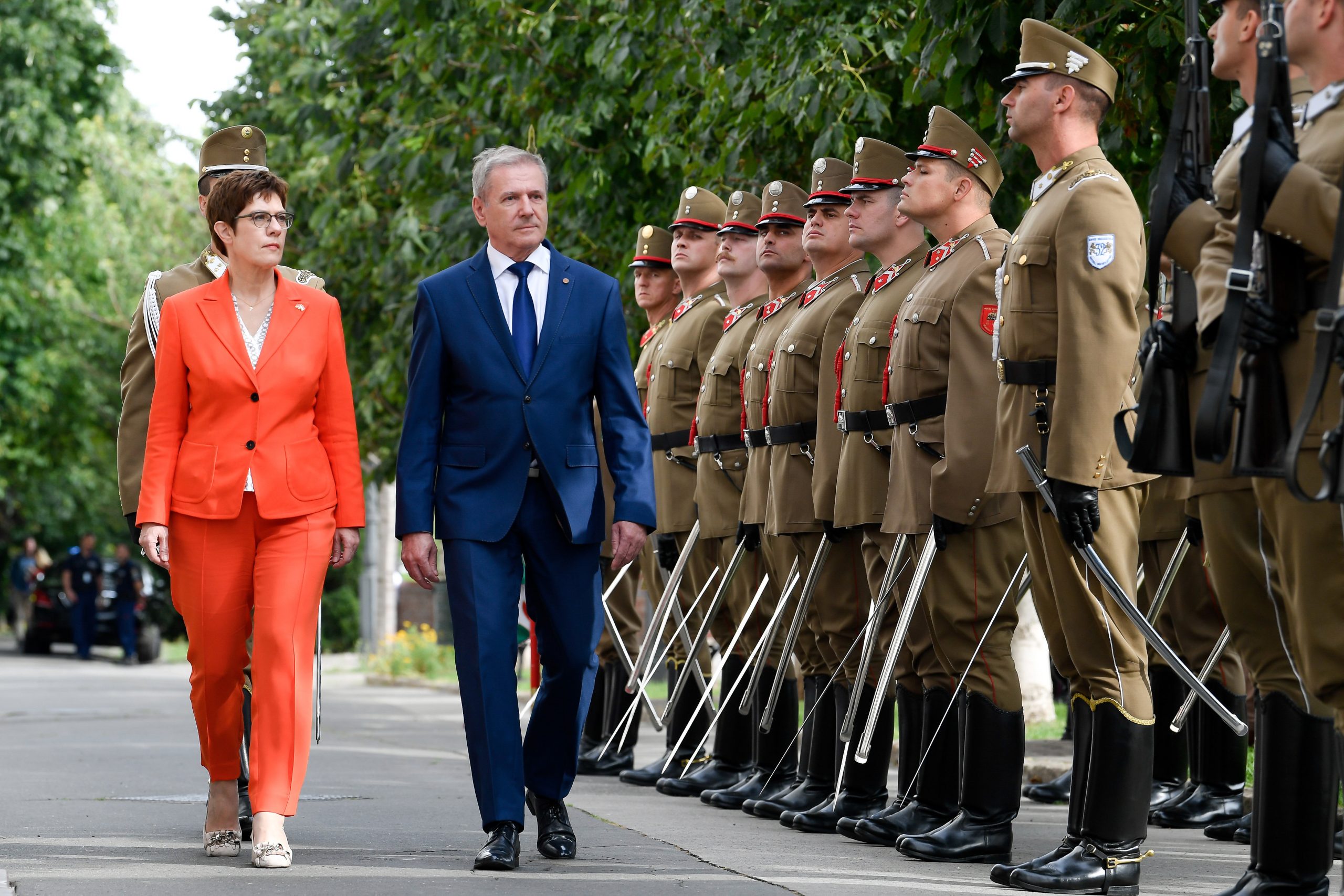 Benkő called their talks “effective and productive”. Germany’s main objective during its EU presidency is to build the bloc’s peace and security together with other countries, he told a press conference.

Effective cooperation between NATO and the European Union is in both countries’ common interest, Benkő said, adding that all nations have their specific needs in terms of security policy. Germany has pledged to take those specific needs into account, he said.

Benkő said strong ties were especially visible in the Afghanistan mission and in the Pesco health project, which also covers control of the coronavirus epidemic.

He thanked Germany and its defence industry for its strong support of the development of Hungarian defence capabilities. The bulk of Hungarian army purchases have been contracted with German firms, he said, adding that further purchases are in the pipeline.

Annegret Kramp-Karrenbauer said both countries are in the process of updating their armies’ capabilities and they are working closely together on upgrading their armaments and equipment.

Kramp-Karrenbauer noted that in 2023 Hungary and Germany will set up NATO’s Very High Readiness Joint Taskforce (VJTF) and cooperate in the EU contingent in 2025. This signals their commitment to tasks both within the NATO and the EU, she added.

Regarding European defence policy, Kramp-Karrenbauer said it was important to identify challenges together.

The Hungarian and German armed forces cooperated well during the coronavirus pandemic, she said, adding that she looked forward to further joint work within the Pesco project.