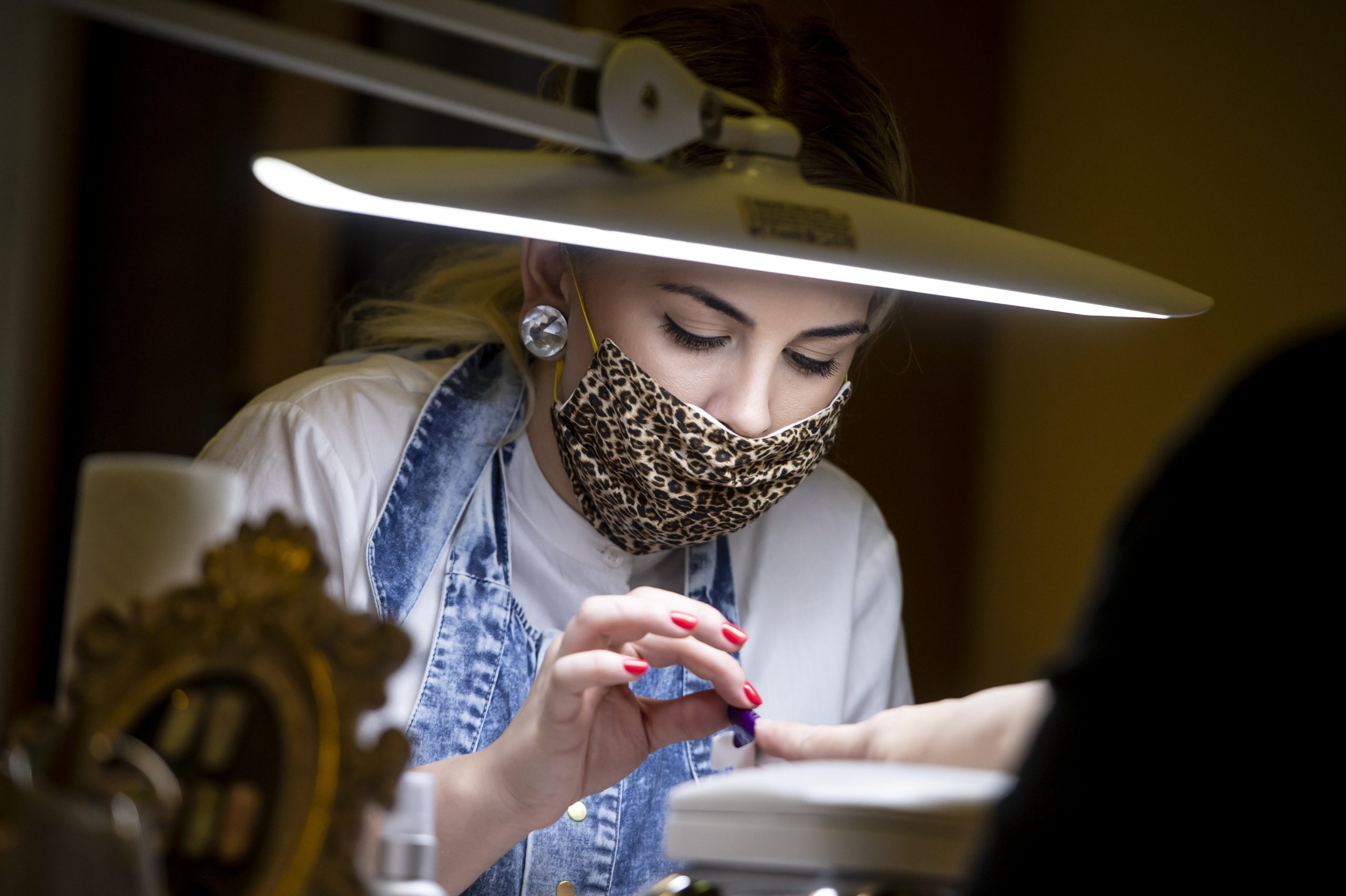 Following last year’s difficulties, the beauty industry found itself in a tough situation once again due to the new, stricter lockdown measures. As the government’s economic protection program hardly helps them, in a petition, signed by almost 50,000, they want a reopening to begin after March 22nd.

After the dying hospitality sector, many in the beauty industry are also struggling to survive. Beauty industry officials estimate that out of the 20-30,000 businesses in operation in Hungary, more than 3,500 entrepreneurs have returned their business license since the coronavirus outbreak in last March.

Recently, a rather tragicomical photo has hit the Hungarian internet. The workers of a beauty salon in Tiszaújváros in a photo imitated to work in front of the salon, “bypassing” and/or mocking the regulations.

Yet, the beauty industry’s situation is not comical but rather tragical.

After a weaker last year in terms of income anyway (some 70-80% of the cosmetics and hairdressers chose to voluntarily close back during the first wave, according to HVG’s report), it is easy to see why did the new restrictions forcing them to close at all, hit hard the industry.

Professionals in the industry now stood up and began to organize. After the March 4 announcement, a petition began to circulate addressing the Operative Board aiming for a reopening on March 22 (although the chances of which declined considerably after the PMO Chief’s recent announcement that foresaw that the current restrictions would be further extended).

“After last year’s hardships, many of us have run out of reserves by now, and we can simply no longer take on/handle a closure longer than this two weeks,” their petition says. The drive, signed to this date by more than 46 thousand, also highlights that the risk of getting infected in beauty salons is a lot lower than in some other sectors that had been still allowed to remain open. The virtual signature drive also claims that beauty services are often essential too, and the suspension of ongoing treatments can have negative consequences too. Moreover, they fear that the restrictions could result in gray or black business’ momentum.

A Facebook group, created with a similar goal, has also quickly garnered some 21,400 members. According to one of the administrators, forcing them to close off is also difficult to understand because, resulting from the nature of the industry, they had already been really particular about hygiene.

Meanwhile, the government’s help, at this point, is hardly enough to save the industry. As of now, it only relived them of the Itemized Tax for Small Businesses (KATA), amounting to a flat HUF 50,000 (EUR 136) per month. The incomes these businesses have lost amounts to much more than that, however. Although wage subsidies have been recently extended to the service sector as well, many in the beauty industry operate as independent contractors, meaning that wage support (for employees) wouldn’t help them much either. The government’s HUF 10 million  (EUR 27,200) interest-free loan aimed at supporting the economic recovery just results in further debt, they say. In addition, most beauty industry professionals rent their business premises from a private person, and not from the local councils, meaning they still have to pay the rent.

The reopening would be the salvation for the beauty industry; however, based on the discouraging numbers of the past weeks that are showing an even more deteriorating tendency, it doesn’t seem to be in the cards now.