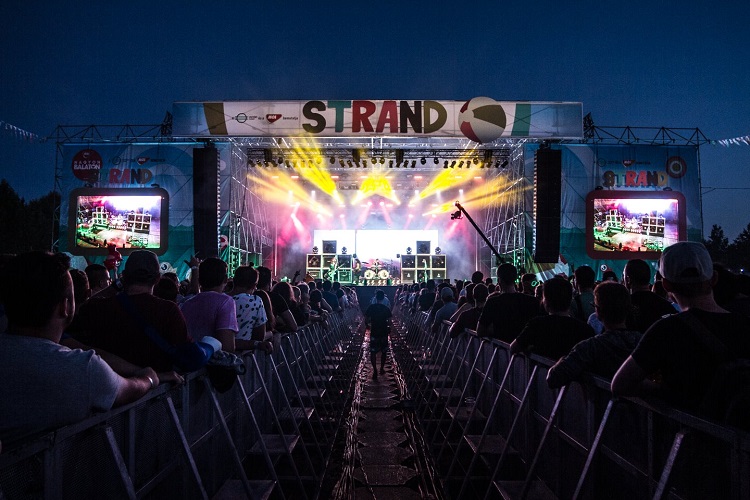 Strand Festival, held every year in Zamárdi, along the shores of Lake Balaton, just released its official aftermovie for the 2016 festival.

The festival, which bills itself as ‘The Rhythm of Lake Balaton’, is presented under the joint sponsorship of Hungarian state-owned radio station Petőfi Radio, and of MOL, the Hungarian multinational oil and gas conglomerate which sponsors the regional tourism promoter Nagyon Balaton (Very Balaton). Strand, which began in 2013, is organized by Norbert Lobenwein and Zoltán Fülöp, the two men behind both the extremely successful VOLT Festival, which is held in the western Hungarian city of Sopron each year, and Balaton Sound, a music festival that also takes place in Zamárdi.

This year’s festival, held from August 24th to the 27th, included internationally known acts such as Hollywood Undead, Tom Odell, and Hurts, as well as famous Hungarian performers like Quimby, Tankcsapda, and Punnany Massif.

The aftermovie shows highlights from this past year’s festival, scenes of attendees swimming, tanning, and playing on the beach, of zip lines and bungie jumping, of bands playing and of fireworks exploding. The video provides a snapshot of the festival, allowing those not lucky enough to be in attendance to get a taste of what the 4th Strand Festival was like.

While the lineup of performers for the 2017 Strand Festival has not been announced yet, those interested can already mark their calendars, as next year’s festival will be held from August 23rd to the 26th; discounted ticket sales begin on December 1st, at 12:00 CEST. More information can be found on Strand Festival’s official website.