The Effect of Selective Memory on Transylvania’s Historical Buildings

As reported by multiple news sources, the Bay Castle in Ördögkút (Treznea), Transylvania, collapsed after enduring torrential rains over the past few weeks. The castle, long known to be in danger of falling apart, finally gave itself up to the elements. Little remains but a large pile of rubble in the middle of a field.

The castle had a long and turbulent history, it was built in the mid-19th century by the landlord Ferenc Bay, and was known for its unique passageway modelled after the Venetian Bridge of Sighs. It was also the sight of the Ördögkút massacre that took place during the 1940 reattachment of Northern Transylvania to Hungary, when approximately 100 Romanian civilians were murdered by Hungarian army units. Due to the Bay family’s supposed connection to the incident, the castle itself was tainted by the murders.

Under the communist regime, it was used as the headquarters of the local farm collective. After the fall of the regime in 1990, the Bay family unsuccessfully sued to get the castle and the surrounding lands back, and a Romanian businessman tried to purchase it. However, this endeavour also proved to be unsuccessful and the building was left to rot.

The Bay Castle last garnered significant attention in 2018, when an examination showed that only 9% of the building was left standing. After multiple efforts, the mayor of the commune managed to get the building removed from the Romanian list of historical buildings, and he mentioned a plan to build a new mayoral office on the site of the castle. 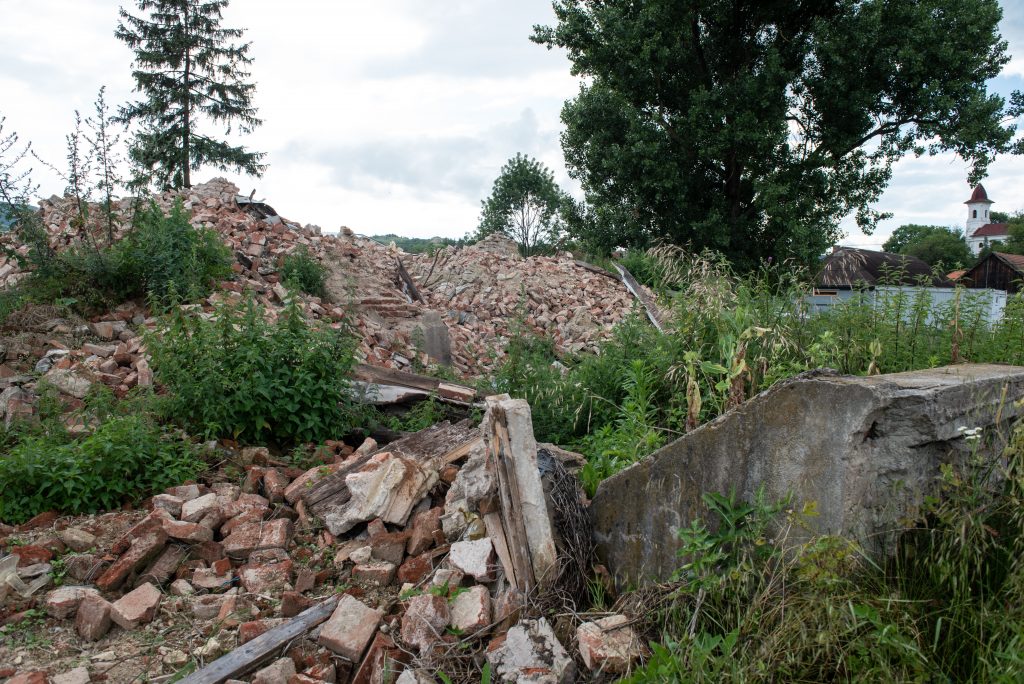 This begs the question, do historical buildings connected to such atrocities deserve to be torn down and left to collapse? It is not the castle that killed the innocents, why was an inanimate object blamed for the massacre. If anything, the fact that the castle no longer stands as a historical landmark will only serve to erase the history connected to it. Regardless, the castle is no more, and the commune can go ahead and build whatever sort of concrete block they want on its place.

Interestingly enough, when it comes to certain other castles, there is an abundance of funds and will to renovate. The Corvin/Hunyadi Castle in Vajdahunyad (Hunedoara), the famous Bran castle of Dracula’s fame, and the many Saxon fortress cities have all been renovated to be in quite decent shape. Why is it that certain historical landmarks are worth protecting, while others are not?

A possible answer is nationalism, and that only those landmarks are preserved that can be somehow connected to the modern narrative of the Romanian state. But perhaps this is just Hungarian fearmongering, after all, it is absolutely in the interest of Hungarians to pay specific attention to those castles built by the Hungarian nobility in Transylvania.

Herkulesfürdő (Baile Herculane, or Herkulesbad in German) is probably the strongest example showing that this is not simply the barking of agitated Hungarian nationalists. Herkulesfürdő has been the site of thermal baths since the Roman times, and from 1772 until the 20th century, the Austrian Empire constructed and maintained a massive spa complex on the site. Herkulesfürdő became famous across Europe, with Emperor Franz Joseph calling it “Europe’s most beautiful thermal bath”.

Yet today, only a shadow of the Imperial past’s splendour is present. Walls are cracked, roofs have caved in, and there has been absolutely no effort on the part of the government to fix it. It took a group of Temesvár (Timisoara) university students to start raising funds privately for any progress to be made at all. However, much more than a few donations and volunteer hours are required to save these once beautiful buildings. You would think that a country capable of financing the construction of more than 7000 Orthodox churches in the last thirty years would be able to at least keep its historical buildings from collapsing.

The jury is still out on this case, but Transylvania’s historical buildings and castles cannot take part in the debate anyway. Instead, they will continue to deteriorate and fall apart, and the stories their walls once told will be lost amid newly built concrete walls. 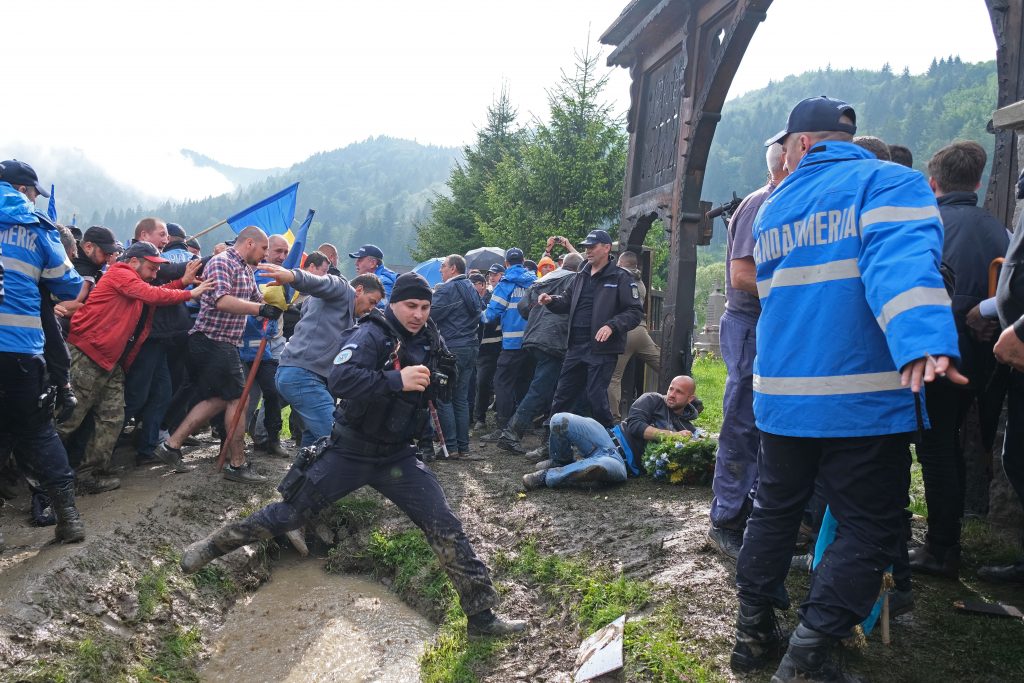 The slogan “Out of the country with the Hungarians!” is not an incitement, according to a Romanian prosecutor’s verdict about the Úzvölgye (Valea Uzului) incident. The decree contains other surprising conclusions too. This is the decree by which the prosecutor of the Moinești (Mojnest) court closed an investigation without charges about the violent events in […]
Hungary Today 2020.08.03. 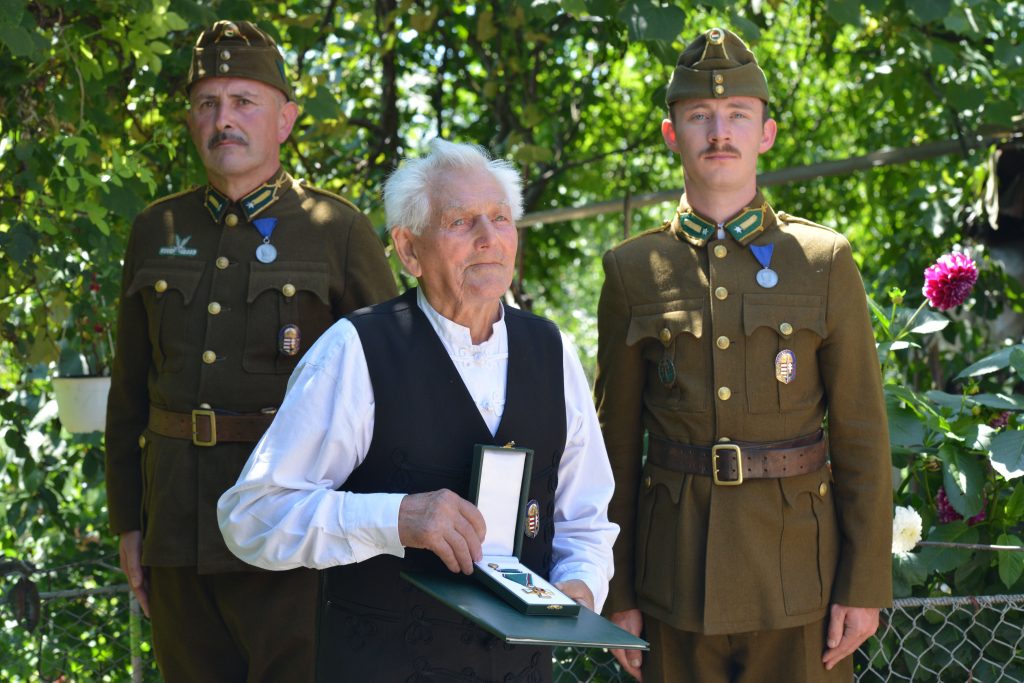 Úzvölgye (Valea Uzului) veteran Mihály Bartha has been decorated with the Hungarian Knight’s Cross Order of Merit. Bartha, aged 96, has received the award along with five other Szekler veterans, among them another Úzvölgye fighter Imre Boér. All the recipients were decorated in their homes due to the Covid-19 pandemic situation. For Bartha, the award […]
Hungary Today 2020.08.03.