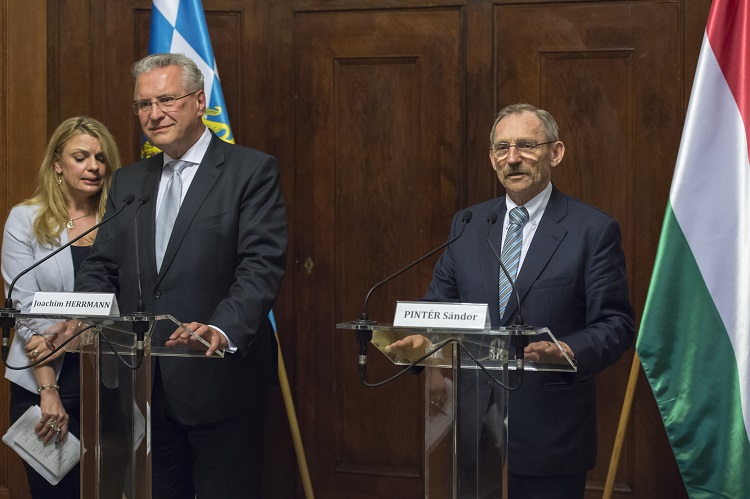 Joachim  Herrmann said that in light of recent developments in western Europe it was also in Hungary’s interest to mitigate its exposure to terrorist threats to the lowest possible level. He praised direct cooperation between the Bavarian and Hungarian police forces which he said was based on mutual trust ever since he had taken office in 2010. Herrmann called it important for both Bavaria and Hungary to prevent illegal migration and enforce clear identification of any arrivals in the EU’s Schengen-zone countries.

Sándor Pintér said that both Hungary and Bavaria had to tackle the same challenges such as illegal migration and a threat of terrorism. He added that they had also discussed measures to help economic cooperation and tourism.