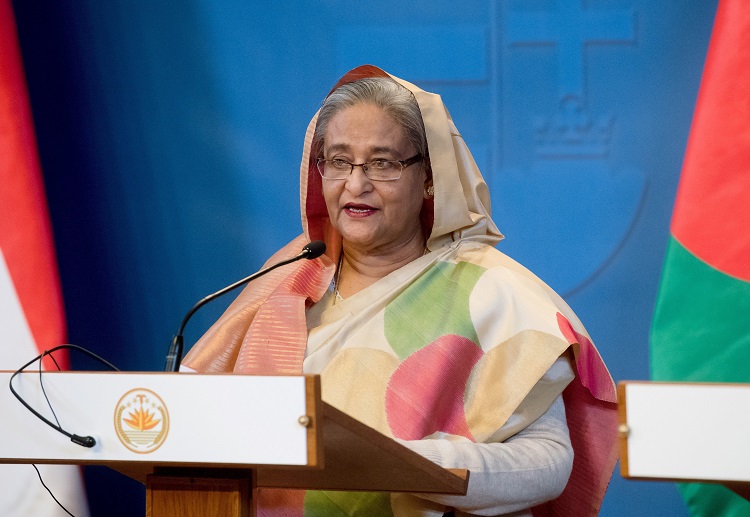 The economic achievements of Bangladesh “deserve attention even in Europe”, Hungarian Prime Minister Viktor Orbán said after talks with his Bangladeshi counterpart in Budapest. Bangladesh is proof that a country can improve living conditions for its people “even if all natural forces and inherited poverty seem to impede the way to success,” Orbán said at a press conference held together with Sheikh Hasina Wazed. 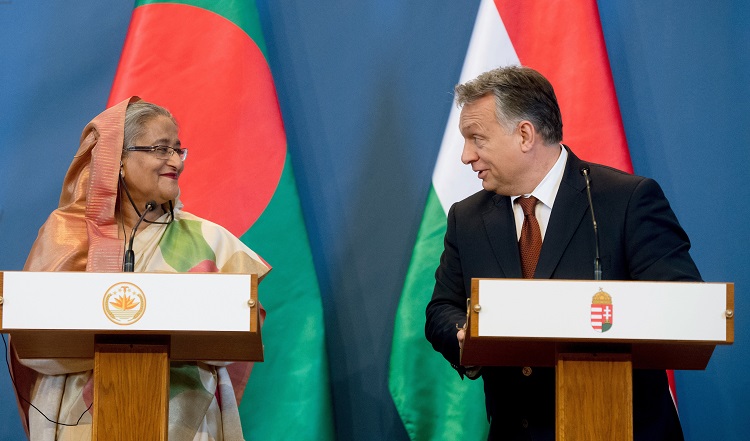 Viktor Orbán argued that Bangladesh’s economic growth has been over 6%, and the country has reduced poverty by half in the past 15-20 years. Among areas of potential cooperation with Bangladesh, Orbán mentioned water management, farming, and the digital economy. Bangladesh, like Hungary, rejects all forms of terrorism, Orbán said. He also noted his shared view with the Bangladeshi prime minister that terrorism is not tied to any specific religion, ethnicity, or civilisation. “Terrorism is unacceptable in all its manifestations, irrespective of its ideological basis,” Orbán said.

The Bangladeshi Premier said that cooperation between Hungary and her country was effective despite the large distance between them. She said trade and investments offered good opportunities for further cooperation. She added that her country would welcome expertise in water management. Sheikh Hasina praised Hungary for its economic and political achievements in the past 25 years. Hungary has successfully transformed its economy and has become a trade and production centre for central Europe, she said. She also noted that Hungary was one of the first countries to recognise Bangladesh as an independent country back in the 1970s. The two prime ministers met on the sidelines of the World Water Summit currently under way in Budapest. 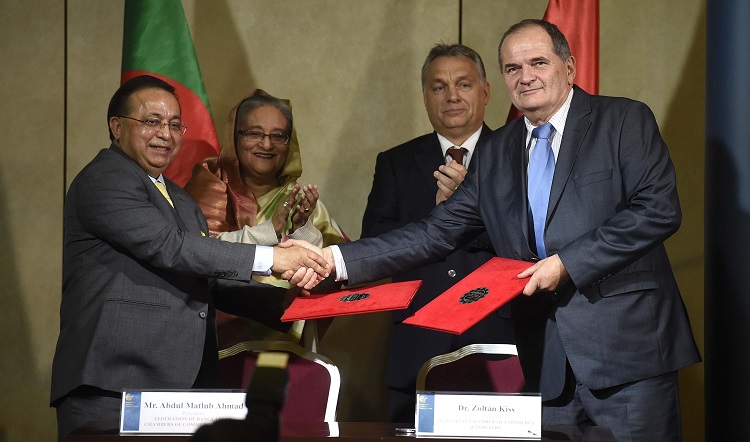 Hungary is using new tools to support cooperation between Hungarian and Bangladeshi companies,  Orbán told a bilateral business forum later on the day. Eximbank will open a 90 million dollar credit line for the purpose and the Hungarian government will offer 100 scholarships to Bangladeshi students, he said. Bangladeshi Prime Minister Sheikh Hasina Wazed underlined Bangladesh’s goal to establish a knowledge-based economy. The country has developed a lot in recent years and offers good opportunities to Hungarian companies in several sectors, she added.

Orbán said there are opportunities for Hungarian companies in Bangladesh primarily in water management, agriculture, the pharmaceuticals industry and education technologies. Orbán said that thanks to joint efforts, bilateral trade increased by 6% in the first eight months of this year and Hungary’s exports grew by 12%. Hasina said Bangladesh is the second largest clothes exporter in the world and has a significant pharmaceuticals industry, IT sector and shipbuilding industry. Hungarian firms are welcome in these and other sectors, she added. Hasina said that she was the first Bangladeshi prime minister to pay an official visit to Hungary and invited Orbán for a visit to Bangladesh.