What are the indigenous sounds of Balaton really like? We seemed to have thought for a long time that it was the splashing of the waves, the wispering wind, rustling leaves and swishing reed, as well as low volume violin or accordion music at lakeside restaurants.

If you think the above serenity is still around us, think again! The festival craze of Hungary has converted us into a noise barrel. VOLT FESTIVAL, HARLEY-DAVIDSON OPEN ROAD FEST, BALATON SOUND, EFOTT, VESZPRÉMFEST, SZIGET, ETC.

I will try to be polite and measured in my inquiry into this new-age craze of festivals and hoopla in Hungary. Yes, I am getting old. And so are all of us. Expeditiously. Even good for nothing, air-head nincompoops who think they will never age, will do so rapidly. In the meantime, we who raised them are furious at the super-arrogance of organizers who seem to be interested in profit and not much else, ignoring such sociological and environmental dimensions as noise, pollution, drug abuse, alcohol consumption and violence.

This Summer’s Balaton Sound was a horrible experience once again. Thousands of my fellow residents and compatriots at Lake Balaton feel the same way. There is mass outrage with respect to how organizers ignored the privacy rights of the local residents here at Lake Balaton this July. It is non-sensical and I may risk to suggest that there is also a criminal aspect of this arrogance. I am, of course, talking about the noise decibel, the pollution, the drog and alcohol abuse and the violence that such festival craze may incite or bring about. There is an important consideration in common law in anglo-saxon law called aiding and abetting. Well, that is exactly what the organizers are doing: aiding and abetting extreme and unreasonable behavior.

As far as the Balaton Sound is concerned, everyone knows that water carries sound. In fact, it may even amplify it. So, when you release a 100-130 decibel sound, it may end up being sustained across the water by the time it arrives to a destination point on the opposite side. But even if it does not reach excessive decibel levels, it is not the music that comes across, but the persistent drum machine’s jackhammer-like noise: bam-bam-bam… all day and all night!!! What intellectual and cultural achievement! NOT! 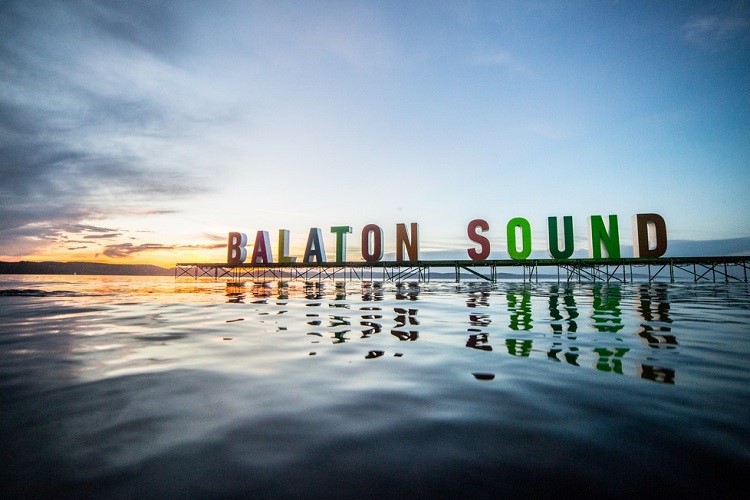 This is what happens at Lake Balaton. The organizers allow minimum 100 decibel to be released and they don’t care if residents or tourists on the northern shore cannot sleep for several days and nights. This banality, this arrogance should be regulated and perhaps banned entirely.

We need to understand what decibel means. A sound’s loudness is measured in decibels (dB). Normal conversation is about 60 dB, a lawn mower is about 90 dB, and a loud rock concert is about 120 dB. In general, sounds above 85 are harmful, depending on how long and how often you are exposed to them and whether you wear hearing protection, such as earplugs or earmuffs.[1]

Following is a table of the decibel level of a number of sounds. 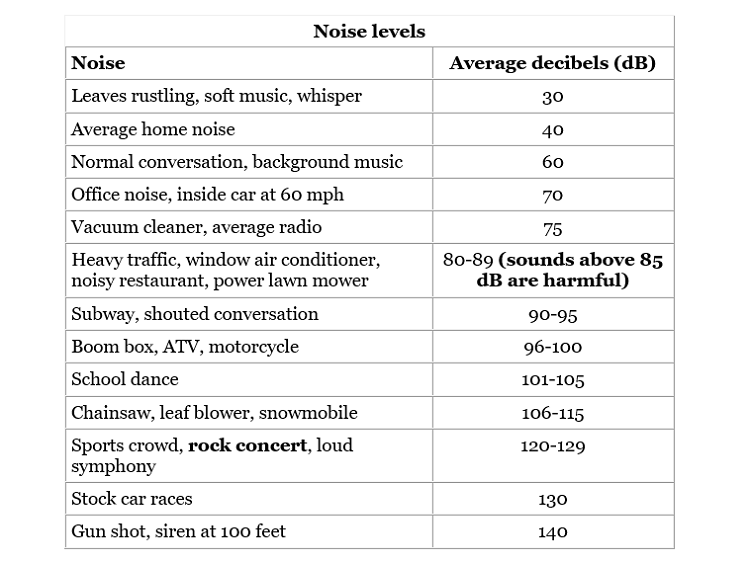 Nuisance law dates right back to medieval times when its main purpose was to eradicate the nasty and unpleasant elements of everyday life. Unreasonable noise constitutes such nuisance. However, upholding privacy rights is not something that Hungarian society is good at. Victorian tort law defined unreasonable noise and penalized those who abused these standards.[2]

Common law also says that the character of the area also should be considered. A quaint vacation resort where people come to enjoy the beauty and serenity of the environment should particularly be regulated in terms of noise pollution. Social utility is another factor that may be considered when allowing noisy activity. However, at Balaton Sound or at most other festivals the social utility equals zero. Duration of the noise is also important. Basically, the longer the emitted noise goes on, the stronger the case for banning it. Even in the case of road construction, noise nuisance to nearby neighbours are regulated and enforced.

The European Union also addresses citizens’ rights to privacy, undisturbed peace and family life under Article 8 of the European Convention on Human Rights.

However, in my experience, the toughest noise standards are currently upheld in the United States. The American view is that noise equals pollution and directly violates your privacy rights. You cannot produce unreasonable noise at the expense of your neighbor. Exceptions may apply, such as ambulance, police and fire engine sirens, etc. It is all common sense. You cannot invade your neighbor’s life and cause unreasonable noise for an extended period of time. Period. If you do so, you will be punished. No exceptions, no bla-bla and yackety-yak.

Are we a lawless nation from this aspect? I would argue that indeed we are. Privacy laws are simply not enforced in Hungary. Local and municipal authorities allow dogs yowling and barking in a community, they permit or ignore weekend or evening noise produced by circular saws, electric or gasoline-powered cultivators, lawn mowers, etc. Even late night or early morning noise is often allowed to go on unabated. This needs to change.

Can we please finally join the community of civilized nations that disallow and/or regulate unreasonable noise in human society? „Hope is the last thing that dies”, holds the old saying. 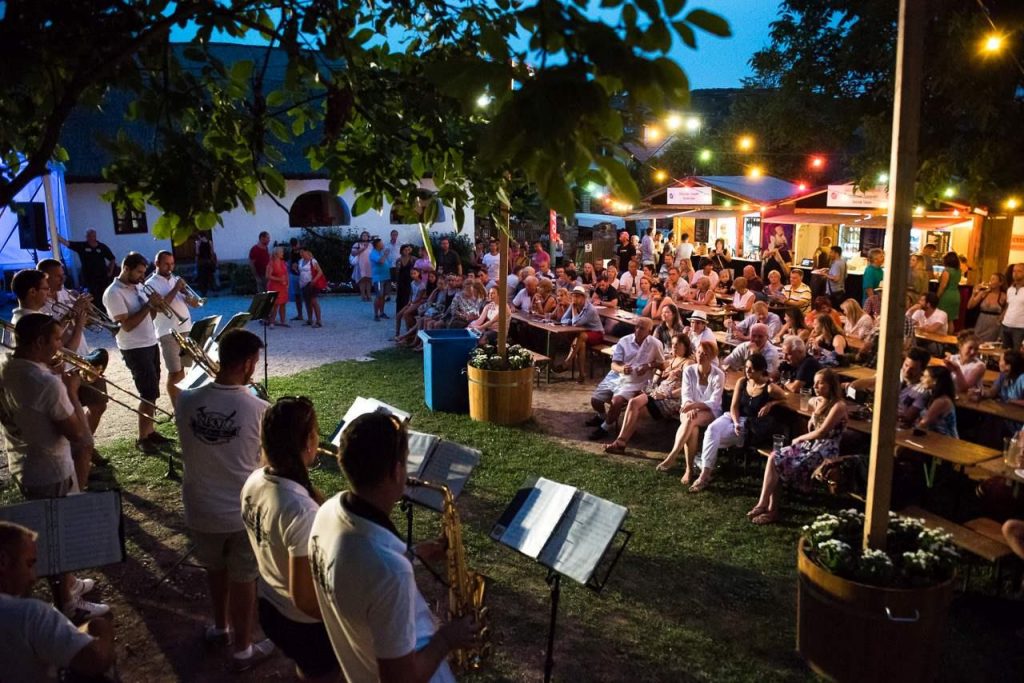 The Paloznak Jazz Picnic near Lake Balaton is set to be held between July 29 and 31 and feature saxophonist Candy Dulfer, singer Mario Biondi and groups MF Robots and De Phazz, organisers said on Monday. The artists were scheduled to play at last year’s festival, cancelled due to the coronavirus pandemic. The 9th jazz […]
MTI-Hungary Today 2021.02.08. 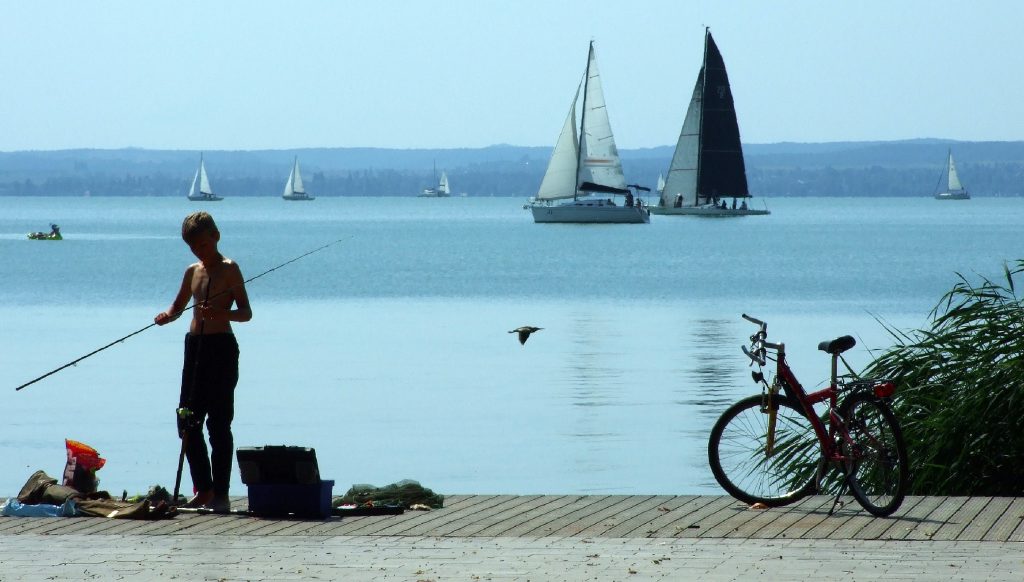 After years of hesitation and debates, the much-desired bicycle project linking two of Hungary’s primary tourist destinations, has finally been kick-started. However, the Budapest-Balaton cycling route is still accompanied by doubts. Biatorbágy residents, for example, do not want ‘BUBA’ to cross their town. At the moment, the Balaton (the lake’s edge is around 100 km […]
Ábrahám Vass 2020.10.29.