Organisers expect 140-150 000 visitors to attend this year’s Balaton Sound music festival on the shore of Lake Balaton in western Hungary, they said on Wednesday, the event’s first day.

The festival organised in Zamárdi on the southern shore of the lake last year attracted 145 000 people, Norbert Löbenwein, a chief organiser, told the state news agency MTI. The event is highly popular among foreigners, 60-70 per cent of whom come from Belgium and the Netherlands, followed by festival-goers from Austria, Slovakia, Germany, Britain and Italy. The concert line up of the five-day event this year includes Faithless, Moti, Nicky Romero, Tiesto, Hardwell, Ludacris on the main stage, among others. There will be 200 music, leisure and sports programmes offered at 15 venues and organisers claim that seven out of the world’s 20 top DJs will appear at the event.

Foreigners arriving to Hungary as festival guests and other events spent over two million guest nights in the country and spent a total of HUF 33.7bn during their stay, Péter Faragó, head of the Hungarian tourism bureau, said. The figures well reflect the growing tendency of festival tourism, he pointed out, adding that the majority of guests spending their holiday at Lake Balaton are from inland. “It would be important to attract as many foreigners to the Balaton as possible. Festivals such as Sound greatly contribute to this”, he said.

The five-day festival will last until 12 July. 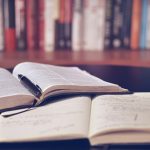 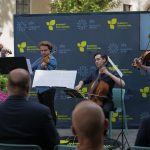