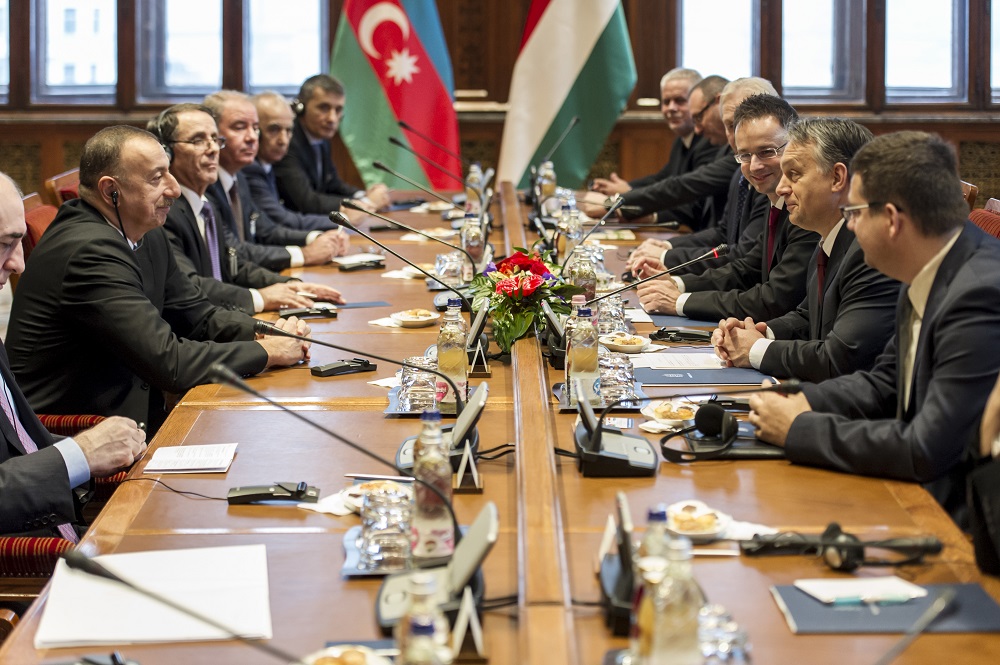 Hungarian PM Viktor Orbán and Azeri President Ilham Aliyev, signing a raft of bilateral agreements, agreed that efforts should be made to bring Azeri gas to central and eastern Europe. It is in the strategic interest of the whole of Europe that gas from Azerbaijan should reach its central and eastern region, Orbán said after talks in Parliament with Aliyev. After signing a joint declaration on a strategic partnership between the two counties, Viktor Orbán said that current contracts only guarantee the delivery of Azeri energy to southern Europe.

“Our job in the next few years is to create the conditions for Azeri gas to come up from the south to central Europe, too,” the Hungarian premier said. The only way to succeed is for neighbouring states to link up their pipeline networks, he said, and urged member states of the European Union to form a common energy market, “the first step being nothing other than the connection of pipeline networks of neighbouring states.” The Azeri president said the outlook for cooperation in the energy sector appeared “good”. Azerbaijan’s huge oil and gas resources would be delivered to Europe via the southern pipeline, Aliyev said, emphasising a firm resolve to bring the project to completion.