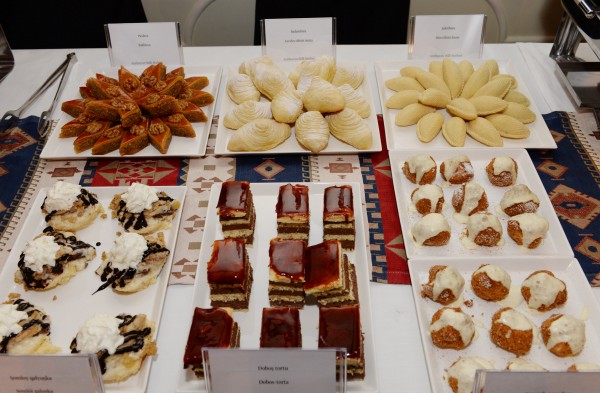 A presentation of the “Azerbaijani-Hungarian cuisine” book published with the support of the Heydar Aliyev Foundation, the Heydar Aliyev Centre and the Embassy of Hungary has been held in Baku, wrote Azerbaijan State Telegraph Agency.

Speaking to the event, Hungarian Ambassador Zsolt Csutora said relations between the two countries had been developing in a variety of fields, including politics, economy and culture. He highlighted the realization of several projects by the Heydar Aliyev Foundation in Hungary. The Ambassador spoke about the book, adding the publication spanned rich cuisine and national meals of both countries. “Azerbaijanis know Hungarian very well,” said the diplomat. He also thanked President of the Heydar Aliyev Foundation Mehriban Aliyeva for supporting the publication of the book.

Visiting Hungarian Minister of Foreign Affairs and Trade Peter Szijjártó recommended the attendees tasting samples of Hungarian cuisine. The Minister said it was his fifth visit to Azerbaijan, and noted that relations between the two countries had been rapidly developing in the political, economic and cultural spheres. “We have several common qualities,” he added.

Peter Szijjarto described the publication of the book as the contribution to the friendly relations between the two countries, adding every reader would know and love both countries.