Azerbaijani-Hungarian Youth Union (AHYU) is to organize an event titled ‘Azerbaijan Tourism Days in Hungary’, to be held in Budapest in November 21-22, 2014. AHYU hosts this event and invites participants from Azerbaijan, Hungary, Ukraine, Austria, Poland and Lithuania. The goal of the event is to introduce the country’s touristic places luxury resorts, natural beauties and other attractions. According to the organizers, Budapest is the center of the Eastern Europe, and that is why it was chosen as the host city for the event.

Azerbaijani Hungarian Youth Union (AHYU) was established in December 6, 2012, by active representatives of Hungarian youth and Azerbaijani youth working and studying in Hungary. Our main goal serves for improving Azerbaijani-Hungarian relations on youth level by creating and promoting youth to youth communication.

Officials from both Azerbaijani and Hungarian side will also be invited to this event. Mr. Vilayat Guliyev, Ambassador of Azerbaijan Republic in Hungary and Mr. Márton Gyöngyösi, Member of the National Assembly of Hungary and Chairman of the Hungarian-Azerbaijani Friendship Group of the Inter-parliamentary Union will open the event in the Office of the National Assembly (Parliament) in November 21, 2014. Information about importance of tourism, Azerbaijani hospitality, upcoming Baku-2015 the 1st European Games, easy e-visa system of Azerbaijan will be presented by experts on the first day.

More information and the general call for application can be found on the official website. 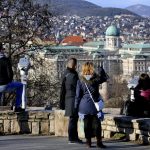